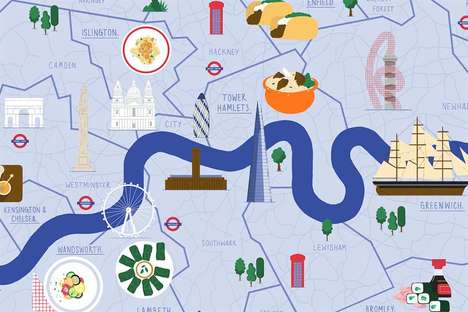 London is recognized as one of the most diverse and interesting food capitals in the world and to celebrate this, restaurant booking service OpenTable launched an edible billboard map of the city. During set hours of the day, people can visit the interactive billboard set up on King’s Cross Euston Road to sample a variety of globally inspired canapé-style dishes.

Thanks to the immense number of food options within the city, which can be overwhelming, the edible billboard map has the potential for locals and visitors alike to find something that suits their tastes in the moment.

Each of London’s boroughs is represented by a dish that captures the essence of the area—for example, Lambeth is mapped by Turkish delights and Tower Hamlets is known as a place to eat top-quality Bangladeshi biryani.