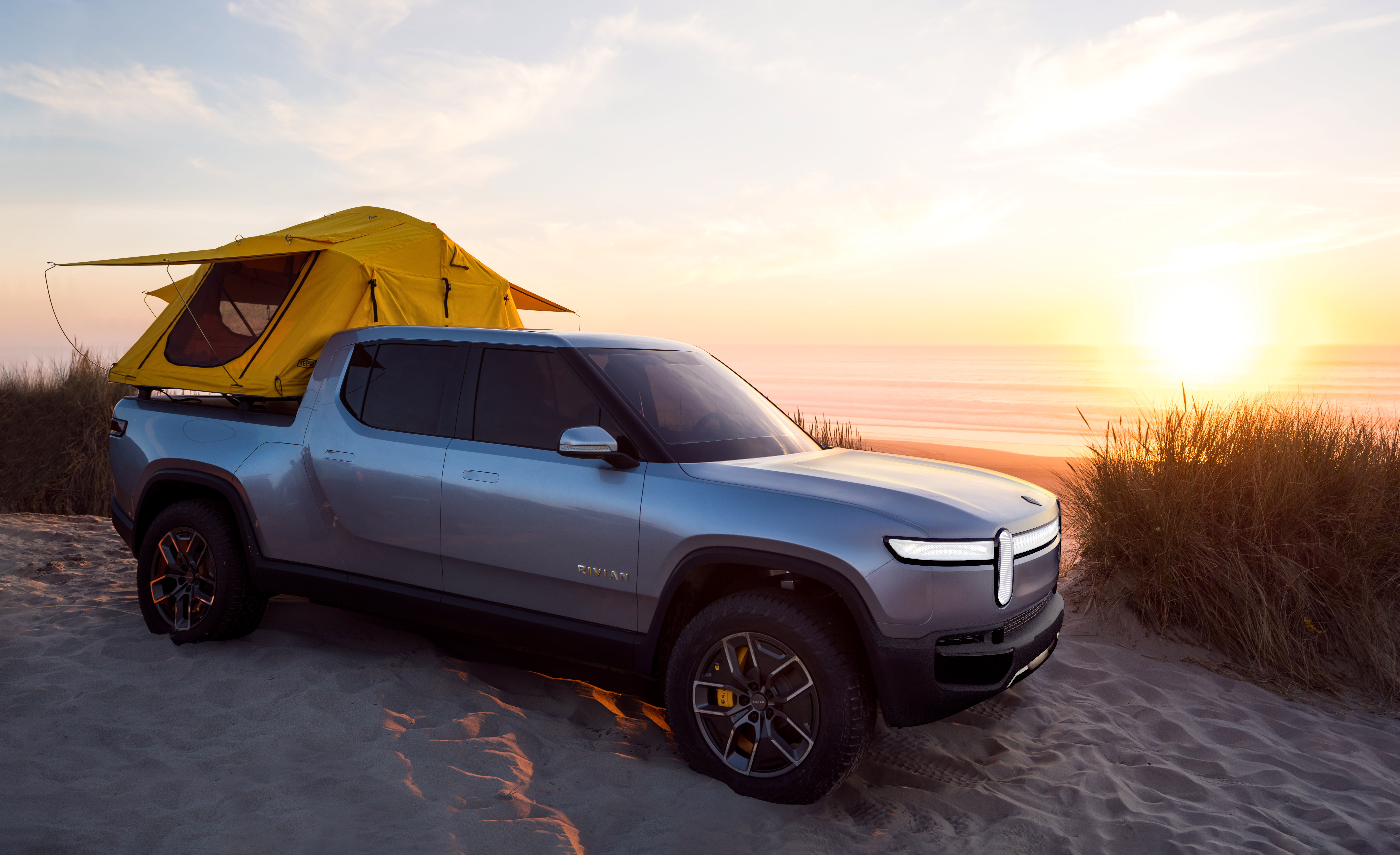 Rivian’s R1T pickupRivianDETROIT — All-electric vehicle maker Rivian is adding to its investor base, which currently includes Amazon and Ford Motor, providing additional support that the company could be formidable competition for Tesla and others.Rivian on Tuesday announced automotive services company Cox Automotive will make an equity investment of $350 million in the Plymouth, Michigan-based company.The partnership marks Rivian’s third investment announcement of 2019, following Amazon leading a $700 million investment round in February and $500 million from Ford in April.”We are building a Rivian ownership experience that matches the care and consideration that go into our vehicles,” said RJ Scaringe, founder and CEO of Rivian, in a statement. “Cox Automotive’s global footprint, service and logistics capabilities, and retail technology platform make them a great partner for us.”RJ Scaringe, founder and chief executive officer of Rivian Automotive, speaks after unveiling the R1S electric sports utility vehicle (SUV).Bloomberg | Bloomberg | Getty ImagesBoth companies declined to comment on the amount of equity Cox Automotive will receive with the investment.Rivian plans to produce vehicles at a former Mitsubishi Motors plant in Normal, Illinois, that it acquired in 2017. After being formed a decade age, the company had its coming out party by unveiling two all-electric vehicles, the R1T pickup and the R1S SUV.Deliveries of the vehicles are expected to begin in late 2020, followed four additional products through 2025.The vehicles are expected to offer up to 400 miles of range and an “unmatched combination of off-road utility and high performance,” according to the company.All-electric pickups and SUVs are potentially major new markets for established automakers as well as start-ups. Tesla is expected to unveil an all-electric pickup later this year and Ford and General Motors have confirmed they’re developing such vehicles as well.The investment is unique for Cox Automotive, a subsidiary of Cox Enterprises, which is best known for its consumer-facing brands such as Autotrader, Kelley Blue Book and Manheim. The privately owned, Atlanta-based company has acquired and invested in automotive-related companies before, however not a vehicle manufacturer.”We are excited by Rivian’s unique approach to building an electrified future and to be part of the positive impact its products will bring to our roads and the world around us,” said Sandy Schwartz, president of Cox Automotive. “This investment complements Cox Automotive’s own commitment to environmental change through our Cox Conserves efforts.”Other investments or acquisitions for Cox Automotive have included lidar company Ouster; GetAround, a peer-to-peer car-sharing and rental business; and Clutch Technologies, which developed the software that runs subscription services for Porsche, Mercedes and BMW.