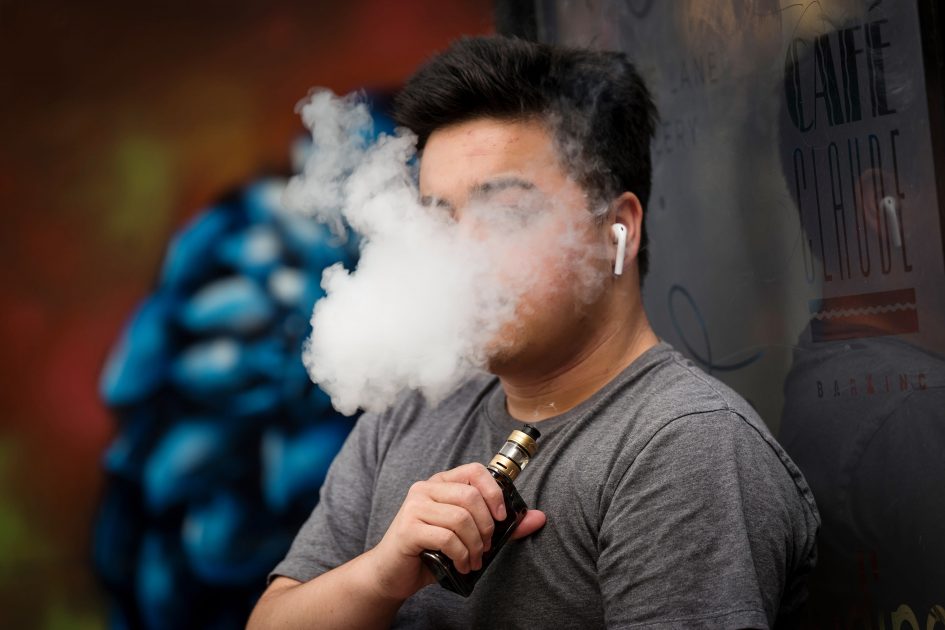 A person exhales vapor while using an electronic cigarette device in San Francisco.David Paul Morris | Bloomberg | Getty ImagesA Kansas man died from a mysterious lung disease tied to vaping, state officials said Tuesday. At least six people have now died from the illness as part of an outbreak that has sickened hundreds.Kansas officials said the man, who was over the age of 50, had underlying health problems. He was hospitalized and his symptoms progressed rapidly, according to a press release. Kansas officials do not have information on what products the man had used.The Centers for Disease Control and Prevention is investigating 450 possible cases of the disease, which they think may be linked to vaping. Federal health officials are urging people to avoid vaping while they investigate the outbreak.