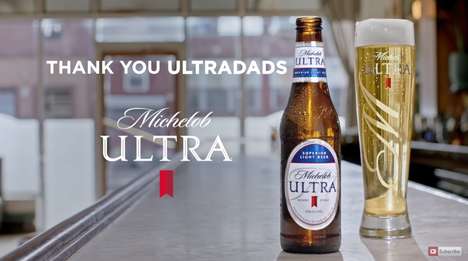 ‘Dear #ULTRADAD’ is an emotional ad launched by beer brand Michelob ULTRA. The commercial was launched last year just in time for Father’s Day and spotlights father figures who are presented with a letter of thanks from those who want to show their appreciation. Featured are a coach, a mentor and a stepdad who read each letter with tears in their eyes.

Aiming to celebrate father figures that helped shape individuals — with not just biological dads featured — Michelob ULTRA’s compelling commercial is emotional, heartfelt and inspiring. The ad was shared alongside a #ULTRADAD hashtag which invited consumers to share who inspired them on their social media channels.

In addition, the beer brand donated $1 from every sale during the holiday to Up2Us Sports — a coaching and mentorship organization which provides training opportunities to help better the lives of youth while encouraging youth. .