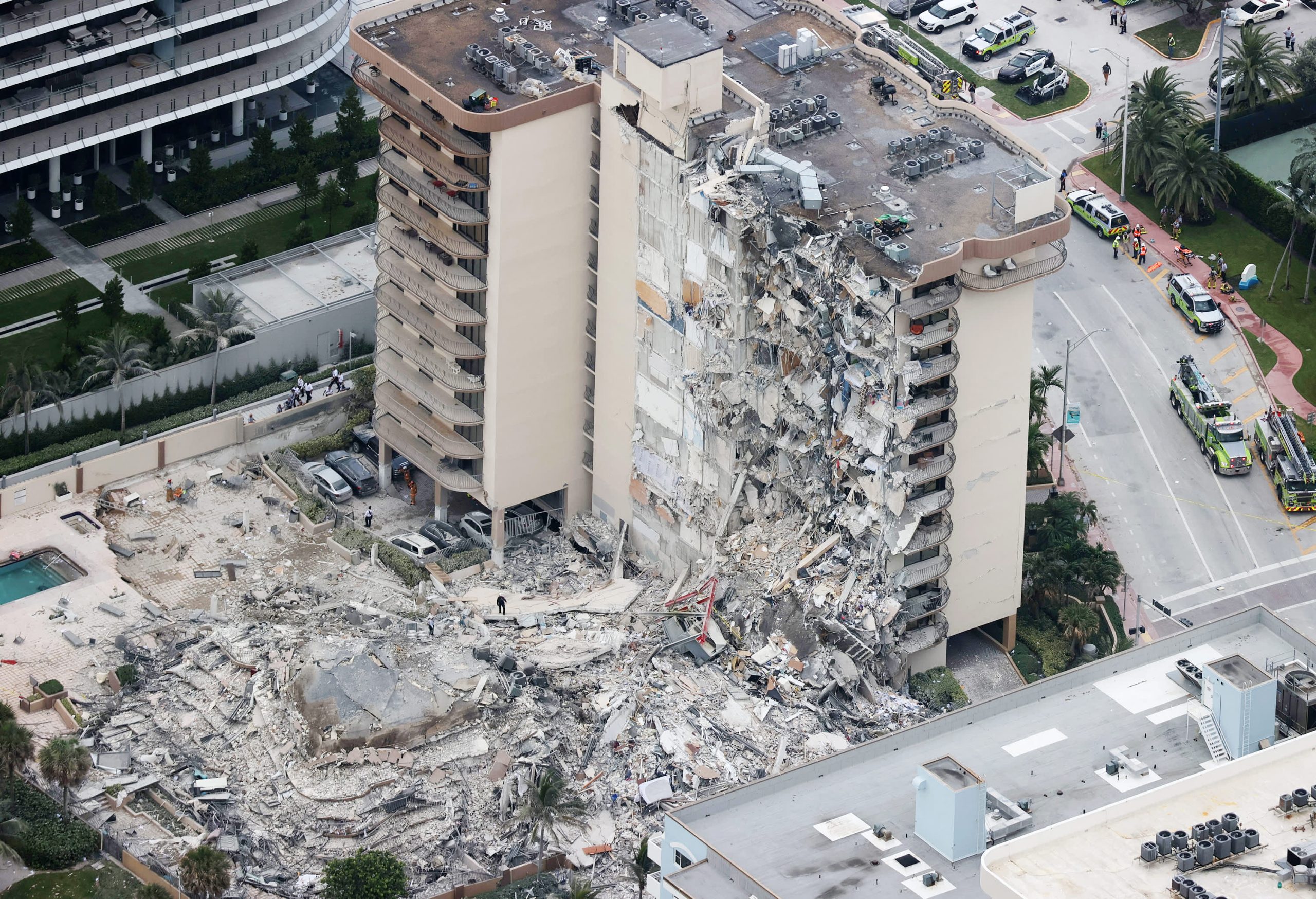 Search and rescue personnel work in the rubble of the 12-story condo tower that crumbled to the ground during a partially collapse of the building on June 24, 2021 in Surfside, Florida.Joe Raedle | Getty ImagesNearly three years before a Florida condo tower collapsed, an engineer warned that the building’s failed waterproofing of its pool deck was causing “major structural damage,” according to filings.Champlain Towers South, the 12-story condominium tower in Surfside, Florida, partially collapsed in the middle of the night on Thursday. The death toll has risen to four people, while 159 remain missing.Officials said Saturday at a news conference that fire and smoke coming from deep inside the remains of the tower is slowing down the search. As rescue efforts continue, the city of Surfside has released a number of documents about the building.Among the filings released by Surfside authorities late Friday is a 2018 field survey report from Morabito Consultants, which found that the concrete structural slab underneath the building’s pool needed repairs.”Failure to replace the waterproofing in the near future will cause the extent of the concrete deterioration to expand exponentially,” the report said.A view of the site during a rescue operation of a 12-storey Champlain Tower partially collapsed in Surfside, Florida, United States, on June 25, 2021.Stringer | Anadolu Agency | Getty ImagesThe firm recommended replacing the damaged slabs. It also found “abundant cracking and spalling” in the concrete columns, beams and walls of the parking garage. The tower was built in 1981.The report did not warn of any imminent danger, and it’s still unknown what caused the building’s collapse. Surfside Mayor Charles Burkett told CNN that he had not seen the 2018 structural field survey report but said it’s “unclear right now exactly what was going on in that building.” According to The New York Times, the report helped shape plans for a multimillion dollar repair project that was set to start soon.Burkett said during a news conference that he’s working on a plan to relocate occupants of Champlain Towers North, which was built the same year. FEMA has agreed to pay for lodging. City officials are still gathering more information on Champlain Towers East, which is built in a different style and probably constructed at a different time.CNBC has reached out to Morabito Consultants for comment.