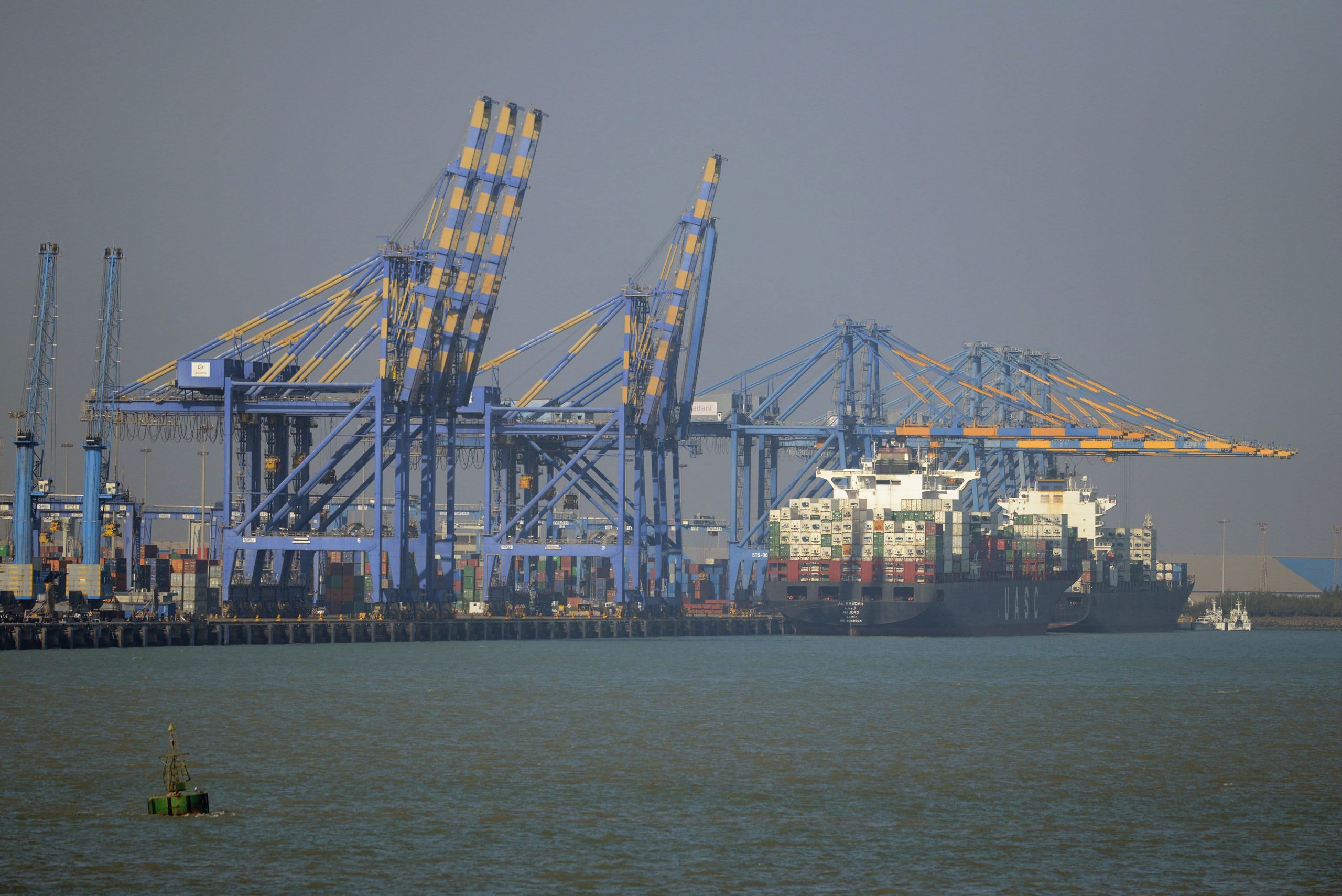 A container ship docked at India’s Adani Port Special Economic Zone (APSEZ) in Mundra, India.Sam Panthaky | AFP | Getty ImagesIndia’s second wave of coronavirus outbreak will affect the country’s infrastructure firms to varying degrees, according to Moody’s Investors Service.Power companies and ports are expected to better withstand the impact of pandemic-led disruptions compared with airports and toll road operators, the ratings agency said in a recent report.The South Asian country suffered a devastating second wave when reported coronavirus cases jumped sharply between February and early May. It left hospitals overwhelmed and medical necessities like oxygen and medicines in short supply.While the central government resisted imposing another nationwide lockdown like last year’s, state authorities stepped up localized restrictions to stem the spread of the virus — that included regional lockdowns.”The lockdowns, along with public behavioral changes, are curbing economic activity and mobility, which will have a varied impact on infrastructure companies,” Abhishek Tyagi, vice president and senior credit officer at Moody’s, said in a statement.India’s regional lockdowns led to lower electricity demand as well as lower traffic volumes for transportation companies. But, labor availability has not been significantly affected so far.Here is what Moody’s had to say about the country’s infrastructure companies:PowerThe business models of rated power companies allow them to manage the current contraction in demand and withstand a moderate extension of the cash conversion cycle, which refers to the number of days it takes for a firm to convert its investments into cash flows from sales. That is because Indian power companies are dependent on state-owned distribution firms that are likely to be under financial stress due to lower demand.In the event that demand stays low for longer and there is a subsequent cash squeeze, Moody’s said the power companies have good access to liquidity and support.Airports and toll road operatorsMoody’s expects that the recovery of Indian airports, some of which are undergoing debt-funded expansion plans, will be pushed back further due to the second wave and subsequent regional lockdowns. International travel is set to take even longer to recover due to border closures.Though domestic and international traffic is set to rise between October this year and March 2022 — the second half of India’s current fiscal year — Moody’s said that the disruption caused by the second wave will “likely lead to lower traffic and revenue in fiscal 2022, and potentially fiscal 2023, relative to our earlier forecasts.”The ratings agency downgraded Delhi International Airport this month to a B1 rating — seen as speculative and a high credit risk — stating that the airport will likely need additional debt to complete its expansion because of lower operating cash flow.An increase in India’s Covid vaccination rates could be a major driver for a recovery for airports, according to Moody’s.Prolonged restrictions on movements or renewed lockdowns will continue to have an adverse impact on toll road operators and put pressure on their credit quality, the ratings agency said.PortsIndia’s rated ports performed well in the last fiscal year despite the economic contraction due to the pandemic and were able to improve their market shares, according to Moody’s.Port operators have remained mostly unaffected by the regional lockdowns because “the movement of goods across the country has remained normal and both ports also have sufficient buffer in their financial profiles to absorb any temporary disruptions,” Moody’s said.Path to economic recoveryDaily reported Covid-19 cases in India have been on a downward trend since reaching a peak in early May. As the situation gradually improves, many states are easing restrictions to reopen the economy, but experts have warned against an inevitable third wave of infections.Moody’s pointed out that with vaccination rates still relatively low, it leaves open the risk of subsequent infection waves that could push states to introduce further lockdowns.”The government’s ability to limit the virus spread and materially increase its vaccination drive will have a direct impact on the economic recovery,” the ratings agency said.