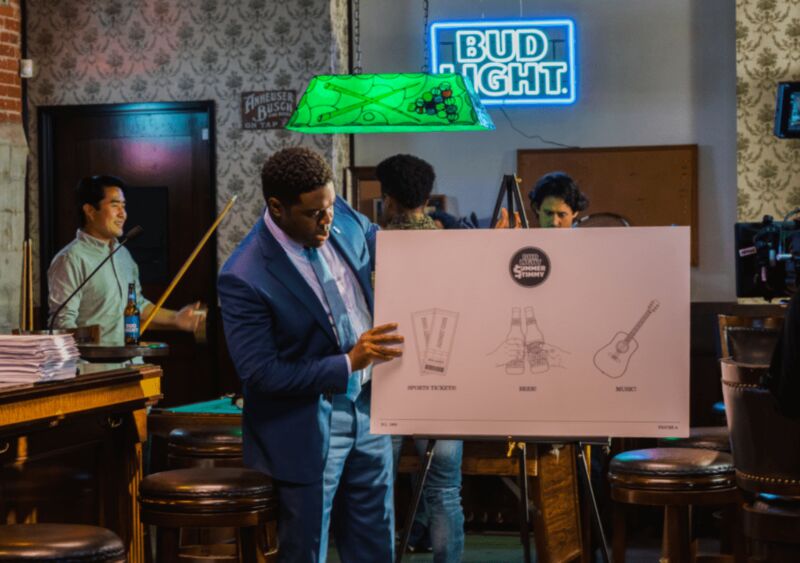 Bud Light recently enlisted Rob Gronkowski as the brand’s ‘Secretary of Summer’ to approve a Summer Stimmy (an epic stimulus package for sports enthusiasts). The brand is awarding one lucky fan two tickets to each of the biggest games of the year – the Super Bowl, one game of the World Series, one game of the NBA Championship, one game of the Stanley Cup, one game of the WNBA Championship, and the NWSL championship. “It has been a great honor to be nominated the Bud Light Secretary of Summer! With the widespread endorsement of the Bud Light Summer Stimmy I am thrilled to formally announce that the proposal is APPROVED,” says Rob Gronkowski. “Here’s to an awesomer summer with 100,000 free sports tickets, your first round of Bud Light at the bar, and live music.”Fans can enter to win this epic sports package by retweeting the brand’s post or tweet @Budlight using the hashtags #BudLightSummerStimmyTix and #Sweepstakes. In addition, starting Friday, May 14, fans can check out their favorite team’s Twitter handles to win one of the 100,000 tickets across sox leagues to cheer them on in person this season.Image Credit: Bud Light