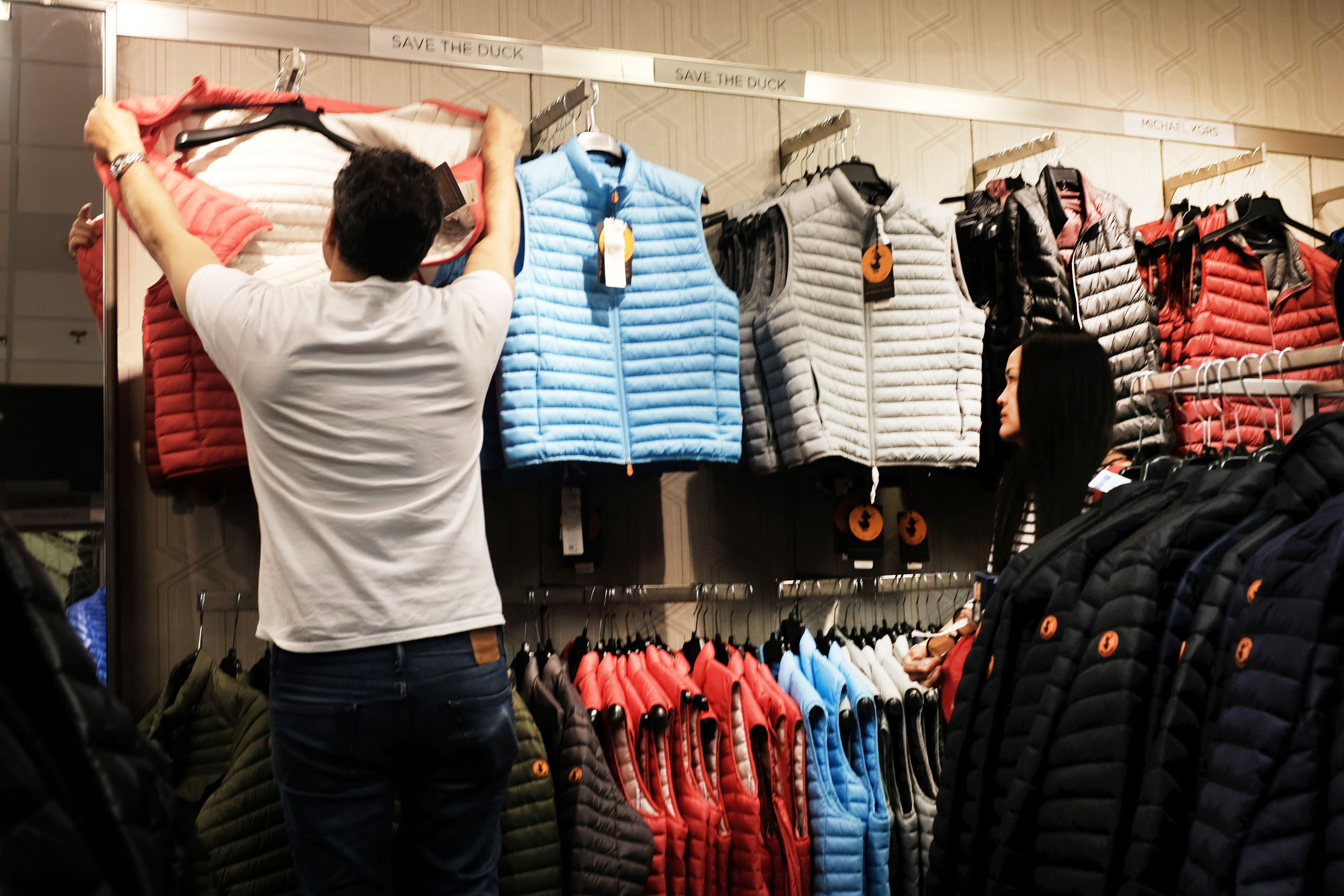 Chinese made jackets are displayed for sale at a Manhattan department store on May 07, 2019 in New York City.

Kohl’s, J.C. Penney and Home Depot executives were united in their messaging against additional taxes on imports as they talked with analysts on earnings conference calls Tuesday.

Kohl’s, which saw its stock dive to a 52-week low Tuesday after cutting its earnings estimates, blamed part of its lower forecast on the hit from tariffs.

“Right now these tariffs primarily affect our China-sourced merchandise in our home and accessories business,” CFO Bruce Besanko told analysts on a post-earnings call. “China is not our largest source of merchandise but it is a big one. It’s a little over 20% of our goods.”

Kohl’s CEO Michelle Gass called this a “very fluid situation right now,” adding that Kohl’ is “working very closely with our vendors to make sure that collectively we’ve got a strong plan.”

The White House has threatened to slap another round of 25% tariffs on roughly $300 billion in Chinese goods that would include apparel and footwear. That’s after a third round of tariffs, impacting goods like furniture and accessories including handbags, took effect earlier this month.

“In the guidance we’ve assumed that there would be an impact to the gross margin, which is in part why we’ve reduced the outlook for margin from what we previously had,” Besanko went on. “There are two components to that. One is this tariff increase.”

Meanwhile, Penney, which saw its net losses in its fiscal first quarter nearly double, said new tariffs could end up hurting its in-house brands, similar to what Macy’s CEO Jeff Gennette said last week. Retailer have turned to in-house brands to boost profitability but the tariffs will dampen the benefits, as the retailers will need to absorb the cost of the tariffs.

“In looking ahead we do anticipate a more meaningful impact on both our private and national brands if the potentials fourth tranche of tariff does go into affect on all Chinese imports,” Penney CEO Jill Soltau told analysts.

Tariffs have so far had a “minimal impact” on Penney’s business, with the three rounds of tariffs that have already gone into effect, Solau said.

Home Depot, meanwhile, said that from the tariffs on $200 billion worth of Chinese goods, which were increased to 20% from 10%, there is “roughly a billion dollar impact” to its business, but it’s “manageable.”

However, the latest round of 25% tariffs aren’t baked into the retailer’s latest forecast. Home Depot CFO Carol Tome said, “We are working through the impact of these tariffs and, as a result, have not included them in today’s guidance.”

On the heels of a disappointing earnings report, Kohl’s shares were falling more than 11% Tuesday, on pace for their worst day since Jan. 5, 2017, when the stock lost 19.02%. Penney shares were down 9%. Home Depot’s stock dropped less than 1%.

Also this week, more than 170 shoe retailers, including Nike and Under Armour, sent a letter to President Donald Trump, saying 25% tariffs could lead to certain families paying a nearly 100% duty on shoes.

— CNBC’s Maggie Fitzgerald and Gina Francolla contributed to this reporting.

Nicorette introduces nicotine lozenges to woo customers away from vaping
Apple bid to buy Tesla in 2013 for $240 a share, analyst says
To Top
error: Content is protected !!
Top