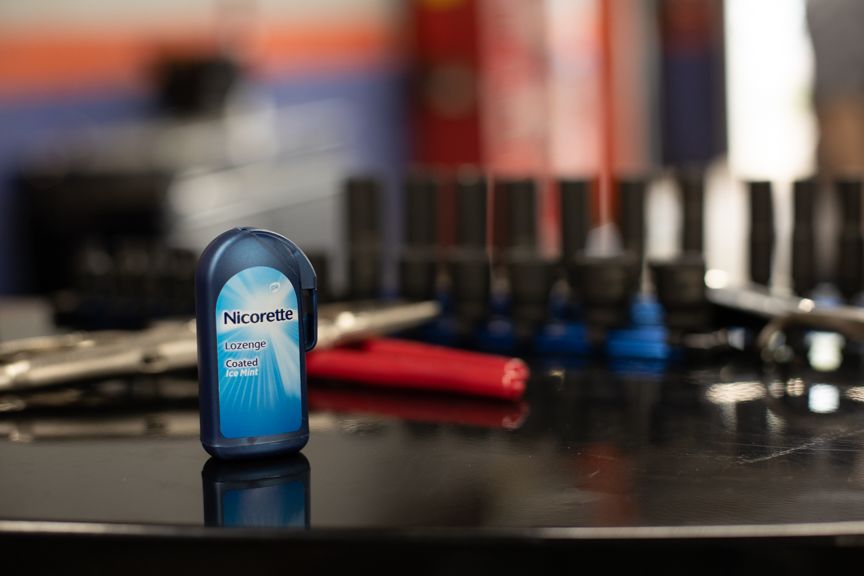 Nicorette is rolling out an ice coated lozenge to help people quit smoking.

The brand is launching its first major new product in 10 years, a coated ice mint lozenge. The coating helps deliver a punch of minty flavor with a smoother texture than other nicotine lozenges that can sometimes be chalky.

The Food and Drug Administration first approved Nicorette Gum as a prescription drug in 1984 when Marion Merrell Dow (MMD) owned it. GlaxoSmithKline started marketing the gum and NicoDerm CQ patch in 1996 when the FDA approved them as over-the-counter products.

“We know that quitting is very difficult, so we are always looking for ways to improve and bring a great usage experience to our nicotine replacement products,” said Scott Yacovino, Nicorette and NicoDerm brand director. “Obviously the better a product tastes as it relates to flavor and experience, hopefully the easier it is for people to stick to their quit journey.”

Few people who want to quit smoking actually do. About 55 percent of adults tried to quit within the past year, according to a 2016 Centers for Disease Control and Prevention survey, while only 7.4 percent succeeded. Using cessation aids like patches, gums and lozenges can boost a person’s chances.

Yet Nicorette sales have been rocky in recent years. They decreased 2% over the past five years, though they increased 3% between 2017 and 2018, to $302.1 million, according to market research firm Euromonitor International. Sales of smoking cessation aids as a whole have increased 14% since 2013 to $1.04 billion in 2018.

Some people are turning to e-cigarettes as a way to stop smoking even though the FDA hasn’t approved them as smoking cessation tools.

“As far as we know, there is no clinical data to support e-cigarettes helping people to quit or to cede smoking,” Yacovino said. “They don’t have the same designation, they’re not FDA approved for smoking cessation like our products are.”

Yacovino said GSK is always exploring new product formats while making sure its products are aligned with the FDA’s standards of being safe and effective. He declined to comment on whether GSK is developing any e-cigarettes.

NASCAR legend and former smoker Dale Earnhardt Jr. will serve as spokesman for the ice coated lozenge campaign. GSK thought his story of hiding his smoking habit and struggling to kick it would resonate with consumers, Yacovino said.

One demographic the brand will not target is teenagers. The FDA last year put out a request for information on possible drug therapies to help ween e-cigarette-addicted teens off nicotine. GSK does not plan to run any clinical trials with adolescents, Yacovino said.