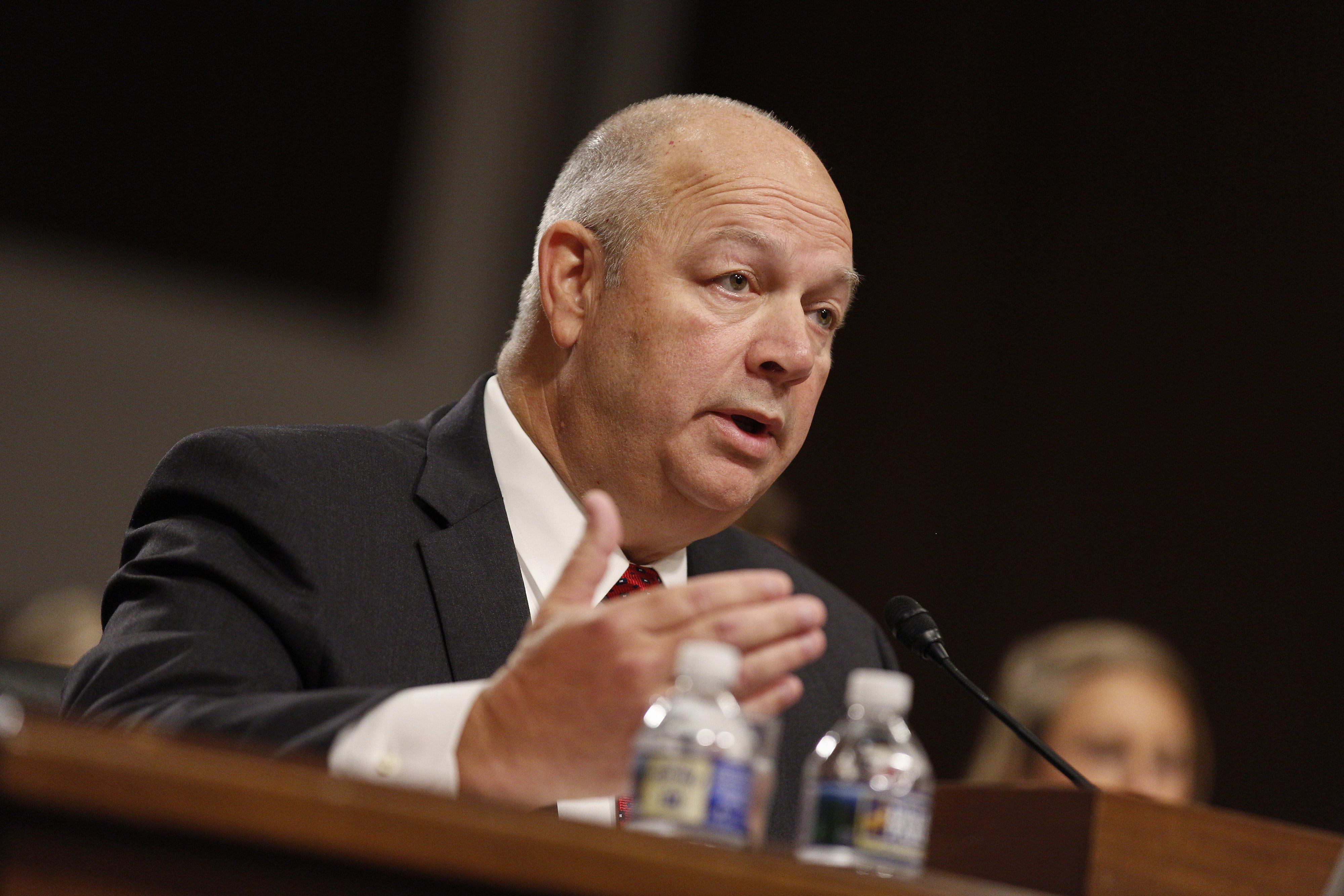 The new head of the Federal Aviation Administration is planning to test out Boeing’s software changes to its beleaguered 737 Max planes in a simulator this week, he said Monday.The 737 Max has been grounded since mid-March after two fatal crashes within five months of one another. Investigators implicated flight-control software that repeatedly pushed the nose of the planes down in both air disasters, which claimed 346 lives.Boeing’s CEO, Dennis Muilenburg, has said that the manufacturer expects to formally submit its changes to the plane and training this month and that the planes will be cleared to fly by early in the fourth quarter of the year. He acknowledged last week that aviation regulators may not all agree when to allow the planes to fly again.Stephen Dickson, a pilot and former Delta Air Lines executive, who was sworn in as FAA administrator last month, told CNBC on Monday that he plans to travel to Seattle this week and test out the changes in a flight simulator. Boeing’s 737 Max planes are produced in the Seattle area.”I’m anxious to get out to Seattle later this week and look into this myself and see where we are with the certification process,” Dickson said. “I can guarantee you that the airplane will not be flying again until I’m satisfied that it’s the safest thing out there.”Dickson, who is also meeting with Boeing officials in Seattle, said the agency does not have a firm timeline for allowing the planes to fly again.The planes’ grounding, now in its seventh month, has forced airlines to cancel thousands of flights during the peak summer travel season.

Oil stocks should keep rising. This is easiest way to bet on it
When to pull the trigger on Ulta Beauty
To Top
error: Content is protected !!
Top