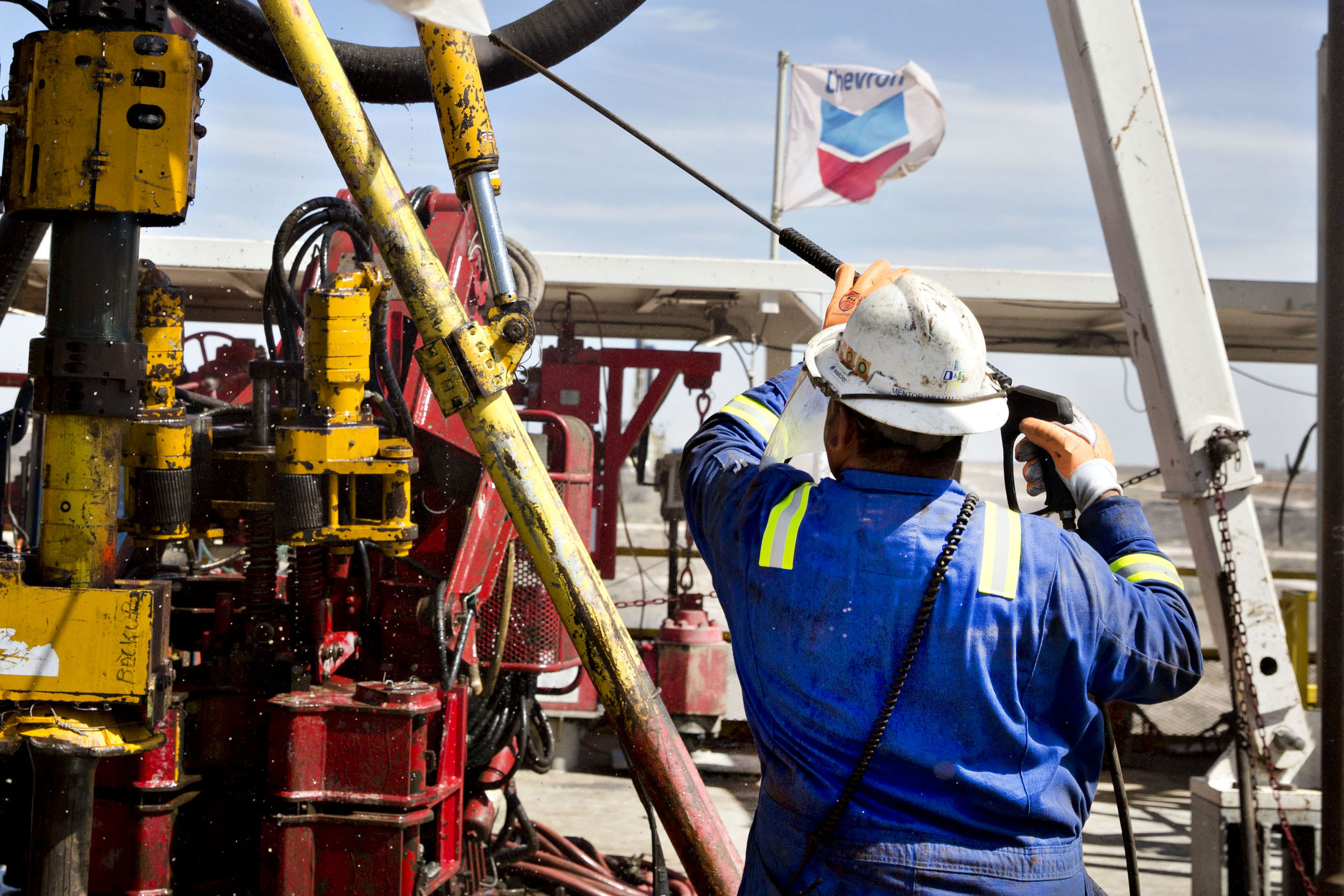 Energy stocks were rising on Monday along with oil prices after the weekend attack on the world’s largest oil production facility in Saudi Arabia forced the Kingdom to cut its oil output in half.The market repercussions were swift, with the S&P energy sector moving out of bear market levels. The easiest way to make a broad bet on a continued surge in energy stocks is exchange-traded funds rather than than attempting to pick individual winners in the sector. Recent trading history suggests the gains may continue.The SPDR S&P Oil & Gas Exploration & Production ETF (XOP) rose on Monday, with about 40% of the components moving higher by 10% or more. After similar gains by the XOP, the bullish trend tends to continue, according to a CNBC analysis of Kensho, a data analytics tool used by Wall Street banks and hedge funds to identify profitable trading opportunities.In the past five years XOP has jumped more than 5% in a single trading session on 13 occasions. Two weeks later, the ETF typically adds another 3.5%, trading positively about 70% of the time, according to Kensho data.A separate CNBC analysis of Kensho that looked at stocks in the Dow Jones Industrial Average found that after oil rises 5% or more in a single day, Chevron has been the top-performing stock. That is based on data showing WTI crude prices have risen 5% or more 75 times since 1999.The bigger, disciplined, shareholder-friendly oil companies like Chevron that are favored by long-term focused investors won’t move as much as the smaller players that have more leverage to a rise in oil prices.A Nabors Industries worker uses a power washer to clean the floor of a rig drilling for Chevron in the Permian Basin near Midland, Texas, March 1, 2018. Daniel Acker | Bloomberg | Getty ImagesThe rally in the energy sector on Monday was led by small and mid-cap explorers that are heavily shorted, according to Citi’s energy analyst Scott Gruber, including Extraction Oil & Gas and Whiting Petroleum, both XOP holdings.XOP invests in a lot of small- and mid-cap stocks in the oil and gas exploration sector. XOP holds highly levered stocks that decline a lot on concerns about debt and bounce quickly when surprise events like the Saudi oil production attack materialize.It is not the only ETF play on oil and gas exploration. There also is the iShares Dow Jones US Oil and Gas Exploration and Production (IEO), but there is an important difference in the underlying indexes: IEO is market-cap weighted; XOP is equal weighted. That means XOP holds many smaller-cap energy companies and holds them at roughly equal percentages, while IEO is weighted to larger market capitalization companies. The average market cap is roughly $7 billion higher for IEO than XOP — $30 billion versus $23 billion.That also means XOP could go up more if the energy sector and crude oil continue to rise. XOP was up more than 10% on Monday, while IEO was up more than 6%.XOP also is slightly cheaper than IEO — with a 35 basis point expense ratio versus 42 basis points for IEO.One caveat to the ETF trades, including XOP, is exposure to oil refinery stocks.The ETF’s overall weighting is three-quarters oil and gas exploration stocks, but it has roughly 19% in oil refiners. Some of those stocks took a hit from the Saudi attack as many U.S. facilities depend on heavy crude supplied by countries including Saudi Arabia.PBF Energy and Valero Energy, both among the top 10 holdings in XOP, and among the refiners that rely on imported Saudi crude, were hit hard on Monday, with PBF declining by as much as 10%.But XOP’s equal-weighting approach means it does not have a weighting above 2.5% to any single stock, limiting the impact of any single stock decline, and some other refiners in its top 10 were surging on Monday, such as HollyFrontier, up roughly 5%. Half of XOP’s top 10 holdings are in the refining business.XOP top 10 holdings