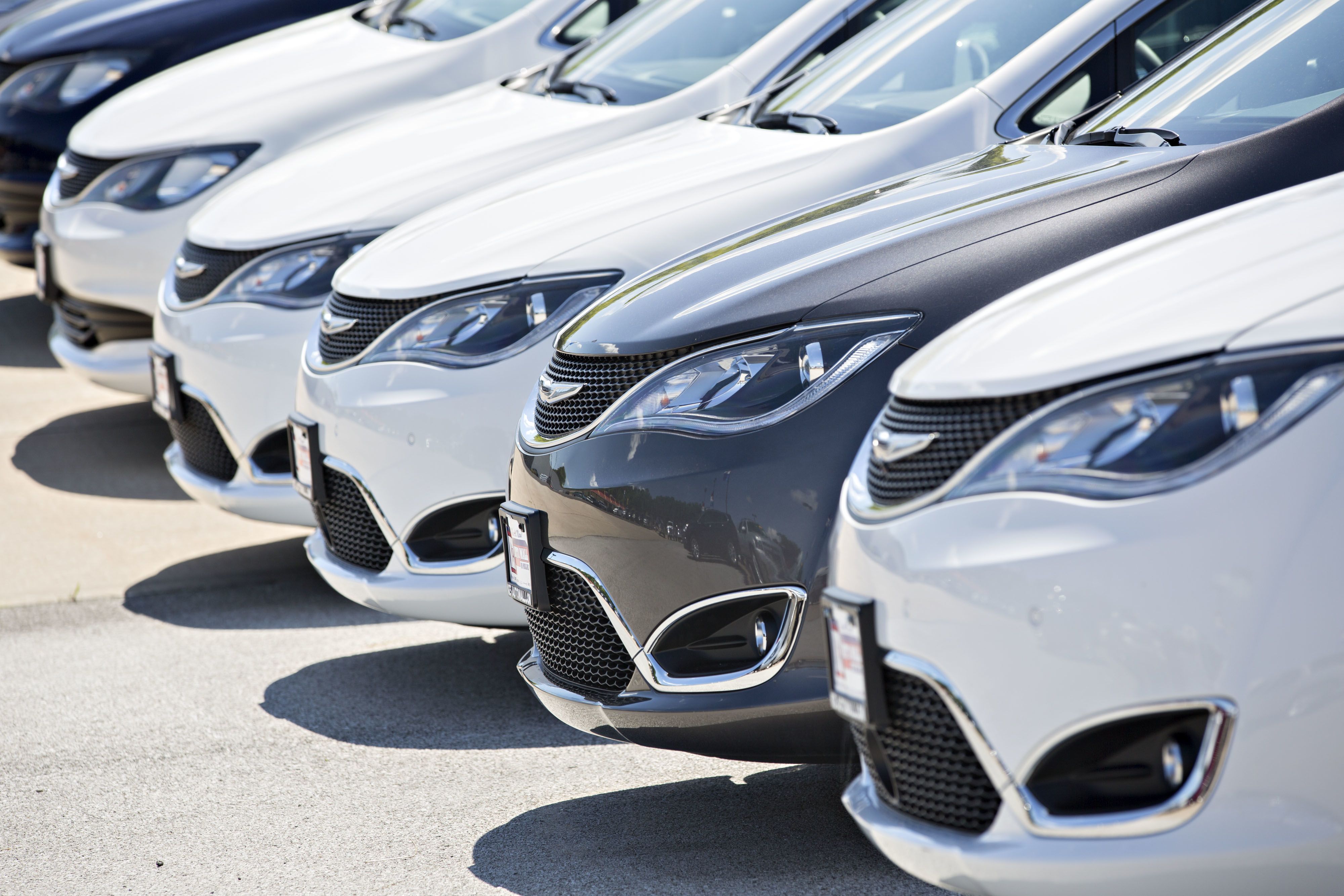 A row of Fiat Chrysler Automobiles (FCA) 2017 Chrysler Pacifica minivan vehicles are displayed for sale at a car dealership in Moline, Illinois, on July 1, 2017.

The North American arm of Fiat Chrysler Automobiles, FCA US, is forming a partnership with autonomous vehicle start-up Aurora which already has linked up with retail giant Amazon.

The announcement comes just days after the automaker’s parent company broke off talks with Groupe Renault, a proposed “merger-of-equals” with which it hoped to gain access to the self-driving technology being developed by the French automaker’s Japanese alliance partner Nissan. Fiat Chrysler has long dragged its feet on developing the self-driving vehicles that many industry observers expect to become commonplace over the next couple decades.

“As part of FCA’s autonomous vehicle strategy, we will continue to work with strategic partners to address the needs of customers in a rapidly changing industry,” said Fiat Chrysler CEO Mike Manley.  “Aurora brings a unique skillset combined with advanced and purposeful technology that complements and enhances our approach to self-driving.”

Aurora, which employs over 200 at offices in Pittsburgh, Palo Alto and San Francisco, is led by CEO Chris Urmson who was one of the pioneers in the autonomous field and led a project set up by Google until around the time it was spun off as Waymo.

Neither Aurora nor FCA US would reveal financial details of their new partnership, but the start-up got fresh funding of more than $530 million earlier this year, with Amazon a leader in the Series B funding round. The retail giant has made several strategic investments over the past year, several focusing on autonomous technology, another giving it a stake in Rivian, an electric vehicle start-up based in suburban Detroit. Analysts have speculated Amazon is hoping to build a fleet of self-driving delivery vehicles.

For its part, FCA said in a statement that it has turned to Aurora to help it develop self-driving commercial vehicles which “would allow for a variety of customized solutions for commercial vehicle customers at a time when changing lifestyles and online shopping patterns are creating logistical opportunities.”

That suggests a broad range of potential options including self-driving ride-sharing vehicles – such as the ones that the new Waymo One service is fielding in the Phoenix suburbs, as well as driverless delivery trucks.

The connection to Aurora could give FCA a direct connection to Amazon. But, in the strange-bedfellows world of high-tech transportation, Amazon’s stake in Rivian also connects it to Ford Motor Co. which invested $500 million in that start-up in April.

Meanwhile, Fiat Chrysler has also partnered with Waymo, becoming one of the lead vehicle suppliers to its ride-sharing service. Waymo One has plans to purchase more than 60,000 Chrysler Pacifica Hybrid minivans and modify them at a new plant outside Detroit.

Whatever the long-range goal, analysts like Sam Abuelsamid, of Navigant Research, have until now faulted the Italian-American automaker for its go-slow approach to autonomous vehicle research. It has only made marginal efforts on its own. One of the potential benefits it cited for a merger with Renault was to be the access that provided to the autonomous and electrified vehicle technologies being developed by the French automaker and its ally Nissan.

“We are thrilled to forge a partnership with FCA US to develop a meaningful business model for delivering the benefits of self-driving commercial vehicles,” said Sterling Anderson, Aurora co-founder and chief product officer.

Joint ventures are becoming a norm, rather than the exception in the increasingly high-tech automotive world. Early this year, Honda signed on as an investor in General Motors’ Cruise Automation subsidiary. They also are partnered on a fuel-cell project. This week, BMW and Jaguar Land Rover launched a partnership focused on battery-car technology, while Toyota and Subaru announced plans to jointly develop a new battery-electric vehicle platform.