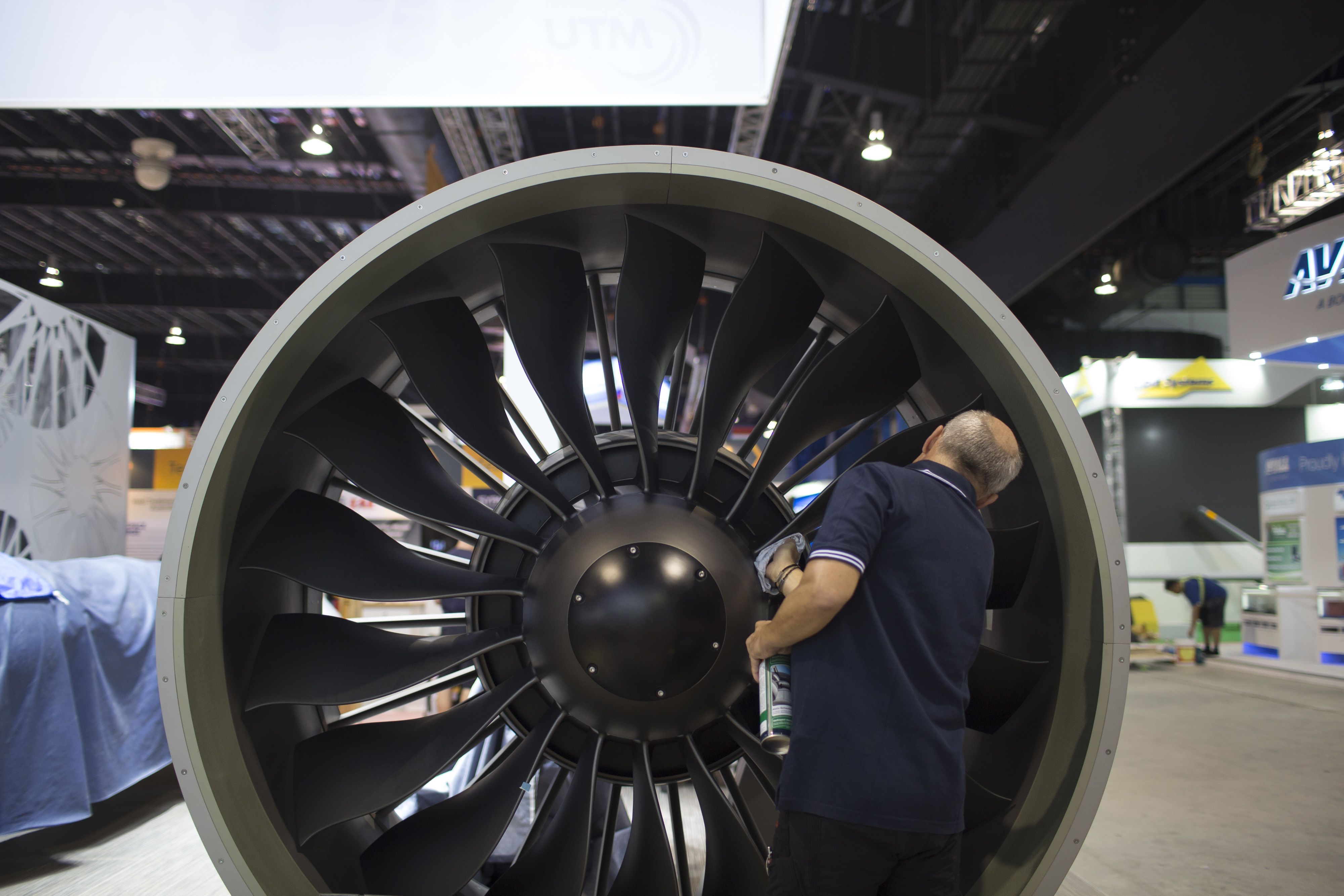 A man cleans a PW1000G geared turbofan engine developed by MTU Aero Engines AG and Pratt & Whitney, a unit of United Technologies Corp., at the Singapore Airshow held at the Changi Exhibition Centre in Singapore, on Monday, Feb. 10, 2014.

Raytheon and United Technologies on Sunday announced they would merge in an all-stock deal, a tie-up that would create a behemoth in the fast-growing defense and aerospace sectors.

The combination, which the two companies called a “merger of equals,” would bring together United Technologies booming aerospace business that makes everything from jet engines, cockpit controls and airplane seats with Tomahawk missile maker Raytheon.

The companies would have combined annual sales of around $74 billion, the companies said. That would make the new company, which they are planning to call Raytheon Technologies, the second largest aerospace and defense company in the U.S. by revenue, behind Boeing.

The new company would be headquartered in the Boston area, the two firms said in a release. Raytheon is based in Waltham, Mass., a Boston suburb.

If completed, shareholders in Farmington, Conn.-based United Technologies would have 57% of the shares in the new company while Raeython’s would own 43%.

The deal is expected to close in the first half of 2020, the companies said.