Foot Locker is opening massive ‘Power’ stores across the US, with Nike 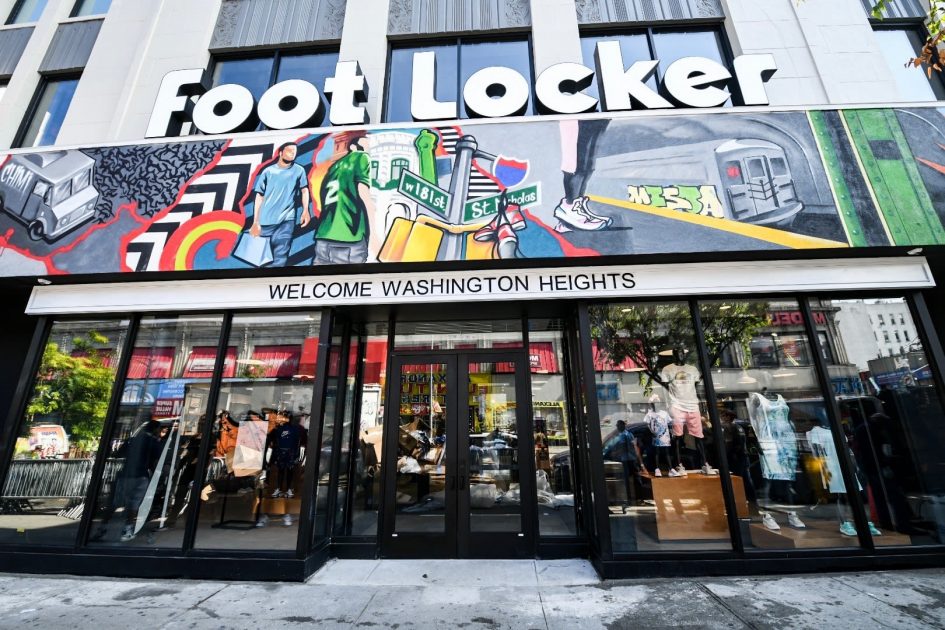 Foot Locker plans to open dozens of Power stores across the U.S. over the next few years.

Foot Locker is teaming up with Nike as it rolls out bigger, more interactive stores.

These so-called Power stores are four times as big as a typical Foot Locker store in the mall. The newest will open Saturday in the Washington Heights neighborhood of Manhattan. The retailer plans to open upwards of 50 Power stores over the next three years. It has three up and running in the U.S. today: one in Detroit and two in Philadelphia.

The roughly 9,000-square-foot store in Washington Heights is unique in that it marks the first location where Nike has brought some of its proprietary technology into another retailer’s bricks-and-mortar shop. At the store, Nike’s loyalty members can scan a bar code within their Nike app to get free swag like sunglasses, purchase exclusive products and have the chance to win a free pair of sneakers. Nike has taken some of the things it’s been testing out in Los Angeles at its Nike Live store on Melrose Avenue, and bringing it into Foot Locker.

“This is a big deal for us,” Ann Hebert, vice president of global sales for Nike, said in an interview. “It’s not something that we traditionally do.”

But, she said, Nike has worked with Foot Locker “for decades.” And, she added, Nike realizes it can’t keep growing the business on its own, especially in neighborhoods where it doesn’t already have a store.

Nike is Foot Locker’s biggest brand partner. And Foot Locker is also one of Nike’s biggest wholesalers. Foot Locker says it purchased about 66% of its merchandise from Nike in 2018, and 67% in 2017.

And while Nike has been growing its direct-to-consumer business — building out its website and mobile apps like SNKRS — it still needs key partners like Foot Locker, Nordstrom and others to reach shoppers who don’t live near a Nike store or who don’t want to shop on Nike.com.

“Partners extend that customer relationship for us,” Hebert said. “We know [consumers] want choice. So we want to make sure we are located in their path.”

Sales from Nike’s Direct business rose 12% on a currency-neutral basis to $10.4 billion in fiscal 2018 from $9.1 billion in fiscal 2017, according to SEC filings. Direct revenue now makes up about 30% of total Nike brand revenue, the company said, fueled largely by online growth.

Nike is testing its first ShoeCase concept in the Foot Locker store in Washington Heights in Manhattan.

For Foot Locker, the new Power store offers a glimpse at the future of its business.

It’s no secret foot traffic is falling off at the mall and more sales are moving online to places like Amazon. And so Foot Locker knows it needs to reinvent its stores. It has to find a model that’s enticing enough to draw people in and keep them coming back. Foot Locker also is competing with the likes of Finish Line, Dick’s Sporting Goods and Famous Footwear.

When it reported fiscal first-quarter earnings earlier this year, Foot Locker lowered its profit outlook the year, to high-single digit growth from double-digit growth, citing plans for lower share repurchases. This led to some investors selling off shares, which are down about 24% this year. UBS analyst Jay Sole also earlier this month lowered his price target for Foot Locker shares based on the 10% tariffs set to go into effect Sept. 1, to $40 from $61. The stock closed Thursday at $40.53, bringing its market value to $4.4 billion.

“Our approach is definitely to understand how the technology and the consumer behaves within [the Power store],” Frank Bracken, vice president of Foot Locker, Kids Foot Locker and Lady Foot Locker, said in an interview. He said the company plans to put additional locations in “undeserved communities,” where there’s a strong “sneaker culture.”

The Washington Heights location has women’s and kids merchandise downstairs, and men’s upstairs, with plenty of Nike- and Jordan-branded gear throughout. It has a lounge area upstairs, with ample seating and flat-screen TVs, for Foot Locker to hold events. Foot Locker has also brought in several local vendors to sell apparel. It plans to do that at all Power stores. And there are lockers there where online orders can be picked up by shoppers.

“We are able to do activations and events … bring entrepreneurs in,” Bracken said. “This [store] serves as an inspiration to kids.”

Foot Locker said in its latest annual filing it plans to increase spending through its capital program to $275 million in 2019 from $187 million last year, with most of that increase devoted to it building more Power stores.

The Power store in Washington Heights includes local artwork and local merchandise, as well as Nike gear exclusive to this location.

The Washington Heights store is the start of a greater rollout of Nike’s technology, both with Foot Locker and other wholesalers.

Nike is planning to go into as many Foot Lockers as possible, with its life-size vending machines and other membership perks, according to Hebert. “Truly our goal is to go as broadly as we can.”

To reach more consumers, Nike knows it needs access to real estate. It has about 30 Nike-branded stores, excluding factory outlets, in the U.S. Foot Locker has more than 800 shops in the U.S., not including Lady and Kids Foot Locker.

“We’ve got a really strict criteria that we are working on right now,” Hebert said about how the company will pick which wholesalers it works with next. “The goal is to bring it to other partners that share the same vision of customer service that we do.”