Wheels Up valued at $1.1 billion in latest funding round 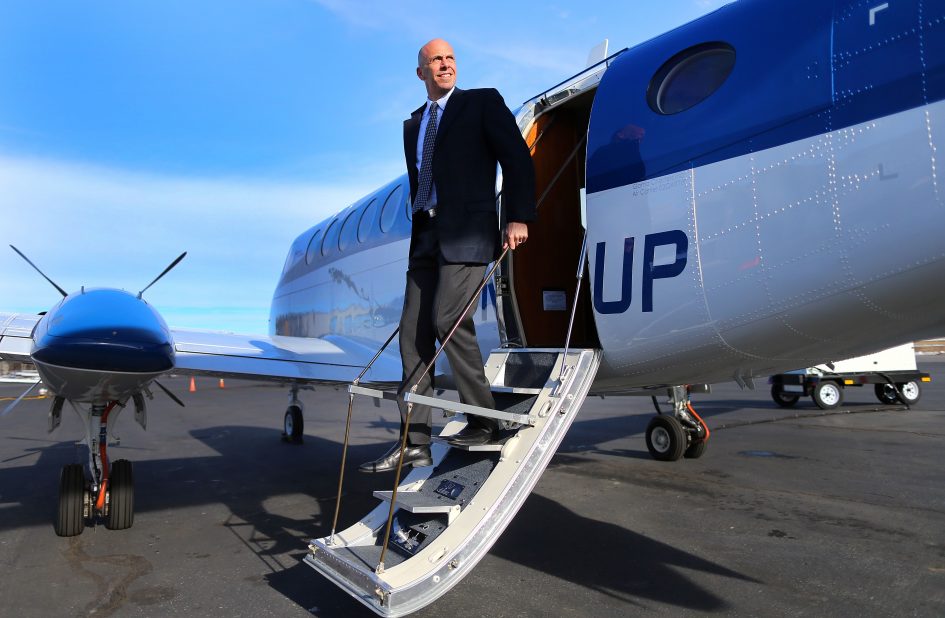 Wheels Up is a new airline travel company co-founded by Bill Allard who stands in front of a new Beechcraft 350i King Air turbojet plane with only 30 hours on it.

Wheels Up, the private aviation start-up that counts Tom Brady and Serena Williams as members, said Friday it completed a $128 million round of funding that values the company $1.1 billion.

The funding marks an escalation in the air war between private aviation players to become leaders in a new era of consolidation and technological change that is remaking the industry. New digital-booking apps and scheduling programs have made booking a private plane cheaper and easier than ever. Industry giants like VistaJet, Directional Aviation and now Wheels Up are vying to become the dominant players and attract a broader customer base of affluent flyers.

Wheels Up’s Class D equity capital raise included Franklin Templeton, which co-led the round with funds and accounts advised by T. Rowe Price and Fidelity Management & Research, along with other investors.

Wheels Up founder and CEO Kenny Dichter said the funding will be used for acquisitions, investments in sales and marketing and building the company’s technology platform.

Dichter said future investments will be “asset light” — meaning less focused on buying planes and more focused on expanding its digital platform to make it easier for anyone to book a flight whenever and wherever they want.

“Three years from now, we want to be the Airbnb, the Open Table, the Hotel Tonight of the private aviation space,” Dichter said.

Wheels Up has attracted more than 6,000 members, with its marketing focused heavily on sports star members and brand ambassadors like Williams and Brady as well as professional golfer Rickie Fowler and Houston Texans defensive end J.J. Watt.

Dichter said that with the industry poised for a shakeout, there will be a smaller group of ultimate winners.

“We see the digitization and the digital marketplace as a winner-take-most opportunity,” he said.