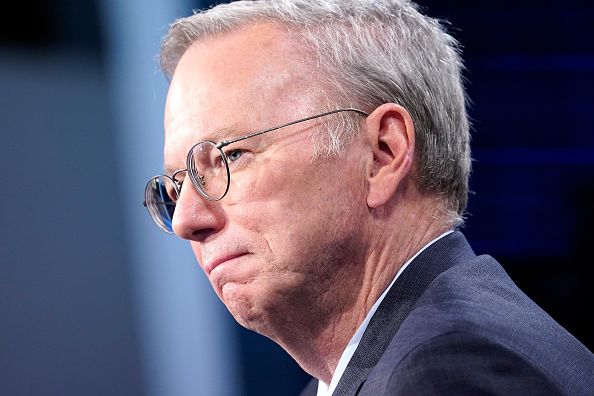 While Google has backed off its plans to build a censored search engine for China for the time being, former Google CEO Eric Schmidt said he had advocated for the company’s work there when it originally pulled out of the country.

“In 2010, I was in favor of remaining in China because I believed they would be better to stay in China and help change China to be more open,” said Schmidt in an interview with the BBC. Google co-founder Sergey Brin has gone on record to say he believed the company should not remain in China at the time, telling Spiegel that the censorship “was a real step backward.”

“The company, after an appropriate debate, decided to move to Hong Kong,” Schmidt said. “We don’t know whether my strategy would have worked or not.”

Schmidt “couldn’t say” if the renewed China initiative, known internally as Project Dragonfly, was finished for good. The project had sparked an uproar among employees at Google last year who claimed in an open letter that it was contrary to the company’s values. But Schmidt said employees working on the project were very much aware of its purpose.

“I wasn’t involved in those decisions, but I can tell you that certainly the people who were building all these products knew about it,” he told the BBC. “And in any case, the company is not pursuing those products at this moment according to our new CEO Sundar [Pichai].”

Schmidt first joined Google as CEO in 2001, back when the company only had several hundred employees, and became its executive chairman 10 years later, handing the CEO role over to co-founder Larry Page. He stepping down from that role in 2017, and will leave his board position altogether next month.

Google’s vocal workforce has been a pillar of the company culture, even when it draws the company into a negative news cycle. Last year, Google employees also staged a walkout after The New York Times reported that the company had paid its former Android leader Andy Rubin a $90 million exit package despite finding sexual misconduct allegations made against him to be credible. Schmidt told the BBC, “a strength of the company is its debate.”

Watch the full interview at the BBC.