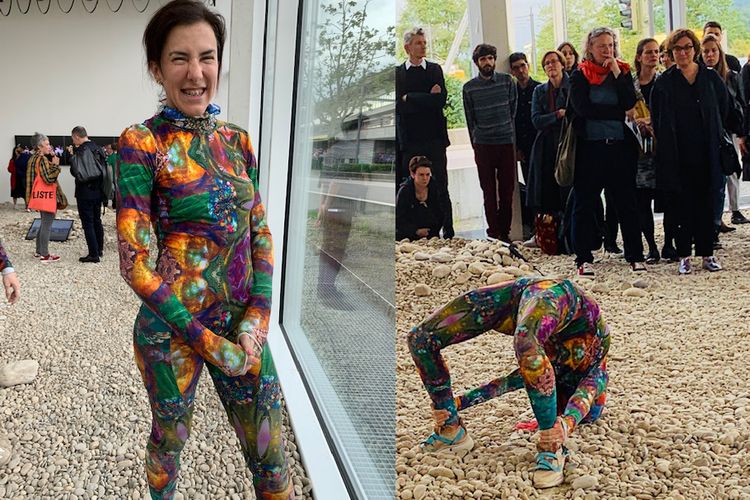 
Sixteen institutions across the UK and France have received funding awards from the Fluxus Art Projects charity, boosting Franco-British culture links before Great Britain’s scheduled departure from the European Union on 31 October. Grants totalling £100,000 are awarded annually for “adventurous programming involving artists in each other’s countries”, a project statement says.

This year, the non-profit organisation has selected, among others, the Argentine performance artist Cecilia Bengolea for a new live art piece at Frieze London this autumn, running from 3-6 October; Paris-born artist Zineb Sedira for a show at the Jeu de Paume Paris, on view from 14 October-19 January 2020; Monster Chetwynd for an exhibition at the Villa Arson in Nice, on view from 30 June-13 October; and a Lubaina Himid show at the CAPC musée d’art contemporain de Bordeaux, on view from 31 October-February 2020.


The Lebanese artist Tarek Atoui has also benefitted, receiving an award for his Shuffle Orchestra piece at the inaugural Yorkshire Sculpture International festival which is open across four venues from 22 June-29 September. The piece is a “series of performances in which Atoui will activate instruments newly made by a growing international network of instrument-makers”, the organisers say. The project feeds into a major exhibition of the artist’s work planned next year for the Sharjah Art Foundation in the United Arab Emirates and the Castello di Rivoli in Turin.

Fluxus Art Projects is supported by the Institut Français in Paris, the French Ministry of Culture and Communication and the British Council. “In our view, the opportunity offered to artists to share their work with each other’s countries is ever more vital in a divided world, keeping the doors open to a shared passion for culture between our two countries,” says Catherine Petitgas, the chair of Fluxus Art Projects, in a statement.

The actor Kristin Scott Thomas, an honorary patron, says: “I am thrilled to support Fluxus Art Projects, particularly because I am naturally sensitive to all initiatives that strive to create bonds between the British and French art scenes.”