From advertising to A.I., Walmart is doing a lot more than retail 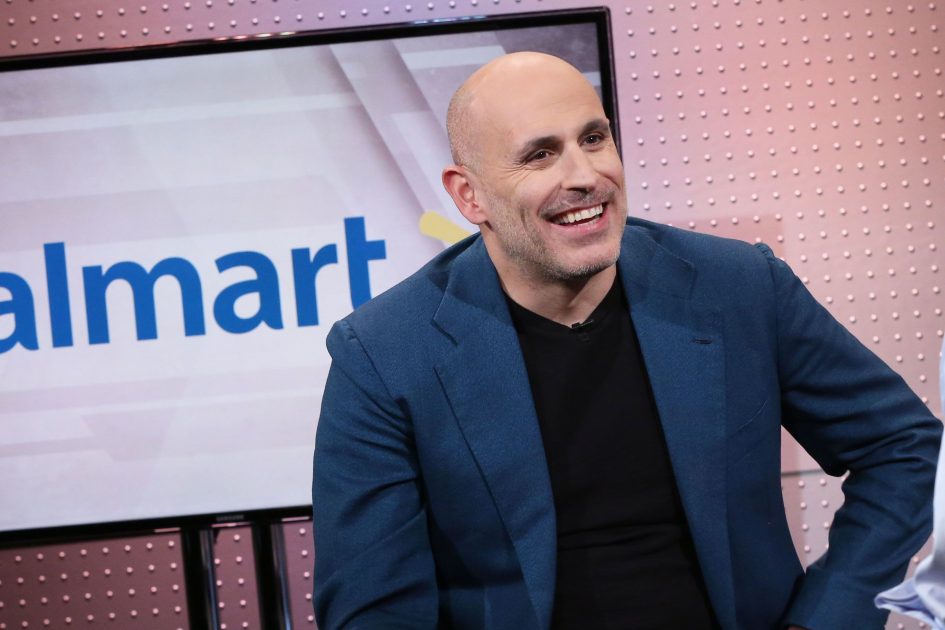 You might only know Walmart as a place to stop to pick up milk or paper towels, maybe a few other things, on your way home from work. But the biggest retailer in the world is doing a lot more than just selling groceries — likely a lot of things you don’t even realize.

CEO Doug McMillon says the company is on track to become more of a “digital enterprise.”

It’s testing a retail lab in New York using artificial intelligence. It recently, for an undisclosed amount, acquired Silicon Valley-based Polymorph labs, with the goal of using the start-up’s technology to make advertising with Walmart easier for small brands.

In February, it bought Aspectiva, a start-up that looks at a customer’s browsing behavior and helps make product recommendations, again not disclosing the cost of that deal.

It’s adding veterinary clinics to its stores and runs an online pet pharmacy now. And it continues to incubate its own brands — during the latest quarter it launched one that sells home furniture, called MoDRN.

In many ways, Walmart is becoming more like Amazon, as Amazon becomes more like Walmart by opening stores and trying to sell more groceries. Both companies are trying to hold their own in the industry.

While Amazon accounts for roughly 50% of all e-commerce sales in the U.S., Walmart is gaining ground. It surpassed Apple in 2018 to become the third-largest online retailer in the country, trailing only Amazon and eBay, according to eMarketer.

In addition to all the work it’s doing in its bricks-and-mortar stores, Walmart also thinks it can own a bigger and better advertising business, rivaling Amazon’s.

Amazon last year became the third largest ad platform in the U.S., behind only Google and Facebook. With more and more shoppers going straight to Amazon, not Google, to start their product searches, the e-commerce giant gets the chance to advertise more. When consumers are ready to buy a specific product, 74% of them are going straight to Amazon to do it, according to a study by Feedvisor.

And so Walmart is looking to do the same. That’s one reason it’s trying to make its website more of a landing page for other well-known brands — so far, it’s brought in Lord & Taylor, Fanatics and Advance Auto Parts to Walmart.com.

“As we think about new revenue and income streams, we know we can do more in the advertising space,” McMillon said Thursday, as Walmart reported quarterly earnings.

Meanwhile, the company is going deep into tech. That’s despite it recently losing its chief technology officer, Jeremy King, to Pinterest. King, who joined Walmart in 2011, had been overseeing much of Walmart’s digital strategy and also heading up Walmart Labs, the company’s technology arm. With his departure, Fiona Tan, senior vice president of customer technology, stepped up into an “elevated role,” according to Walmart.

The inside of Walmart’s Intelligent Retail Lab in Levittown, New York, where the retailer is testing a slew of new technology.

Just a few weeks ago, Walmart opened an Intelligent Retail Lab, also referred to as IRL, at one of its Neighborhood Market locations, which are smaller than a typical Walmart store and sell only groceries, in Levittown, New York. It totally revamped the shop, outfitting it with high-resolution cameras, sensors and other hardware to look for ways to simplify tasks such as stocking shelves and managing inventory. A camera there can tell how ripe a banana is, for example, and alert a worker to that.

“I think what we are expecting to come out of the lab are tools and products … to scale across the chain,” Mike Hanrahan, CEO and founder of IRL, said in a recent interview with CNBC. “We think of this space as an AI factory … I think [artificial intelligence] will be as transformative to retail as e-commerce has been.”

Hanrahan explained what’s being tested in Levittown will be “transformative” in the sense that some of these tools should help Walmart — across all of its stores — cut down time spent on mundane tasks and put employees into more customer-facing roles, like greeting shoppers and answering any questions they might have while browsing. “We are very much on the start of this journey,” he said. “We want to make sure we are on the vanguard.”

IRL was born out of Walmart’s tech incubator hub Store No. 8, which is also working on virtual-reality start-up Spatial&, and text-to-order shopping platform Jetblack.

‘Morphing as we learn’

Hoping to cater more to younger consumers, Walmart has been on a spree acquiring retail brands that were born on the internet, many of them owning specific categories, such as camping gear. Those efforts have been headed up by Marc Lore, founder of Jet.com, which Walmart also now owns.

So far, Walmart has bought brands in businesses ranging from lingerie to art to plus-sized fashion for women and men’s apparel.

“That strategy is morphing as we learn,” Marc Lore, the head of Walmart’s U.S. e-commerce business, told reporters Thursday during a post-earnings phone call. He added that buying these brands is helping Walmart improve its profit margin mix, because specialty retailers tend to sell goods at higher prices. As part of Lore’s strategy, Walmart also is partnering with digital brands. During the latest quarter, it teamed up with Kidbox to launch a subscription box for children’s apparel, as one example.

Moving forward, Walmart is looking more to do deals with brands that can sell on Walmart.com, in Walmart stores and directly to consumers, Lore said. “We are putting more emphasis on brands that can cut across all three … channels.”

Thanks to Lore and his team’s initiatives, Walmart’s e-commerce sales grew 37% during the first quarter, with home and fashion outperforming other categories, Walmart said. That was better than online sales growth of 33% a year earlier, but down from a 43% increase during the holiday quarter.

There’s also been a focus on the supply chain and delivery speed. This week, the company started rolling out next-day delivery for online orders in three markets in the U.S., with plans to reach 75% of the country before the year is over. That’s after Amazon on April 25 announced its plans to spend $800 million during the second quarter to make one-day delivery free for all paying Prime members.

Walmart didn’t say how much it would cost to make next-day delivery a possibility but said this push is something it’s been working toward for some time. Inventories were up 5.9% during the latest quarter because Walmart was buying extra merchandise to stock certain fulfillment centers in preparation for the next-day delivery rollout, the company said.

With all of these investments, Walmart keeps quiet about exactly how much it’s spending. We know it bought Jet.com for $3.3 billion in 2017. And, on a smaller scale, the price tag of Walmart’s acquisition of plus-size fashion brand Eloquii last fall was reported to be $100 million. A person familiar had told CNBC that Walmart’s acquisition of Art.com had cost about the same.

By themselves, these actions might seem unlikely to move the needle for Walmart. But taken together, this demonstrates how the company hopes to do much more than sell you gardening tools or back-to-school gear.

“Retailers will need to innovate and find new profit pools,” UBS analyst Michael Lasser said in a research note. “Pivoting traditional retail business models won’t be easy, but will be necessary over time.”