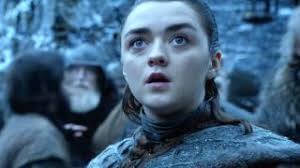 Just two weeks after a coffee cup was spotted in an episode of “Game of Thrones,” eagle-eyed fans have spotted another major gaffe in the show’s finale — water bottles.

*Warning: Spoilers for the “Game of Thrones” finale to follow.*

During a very important scene during Sunday night’s finale, in which the remaining living lords and ladies of Westeros voted on a new leader, several water bottles appeared behind actor’s feet and between chairs. The first water bottle was spotted near Samwell Tarley, while the other was by the foot of Ser Davos Seaworth.

Representatives from HBO did not immediately respond to CNBC’s request for comment.

While gaffes like this aren’t uncommon in filmmaking, to have two very prominent errors like this in a finale season that took nearly two years to make did not go unnoticed by viewers. Fans were already on the fence about how the series came to a close, but this mistake seemed to incite them more.

The “Game of Thrones” incident took on a life of its own on Twitter:

JP Morgan says prices are only supported in the near term
Lyft dips after lawsuit claims the company misled investors
To Top
error: Content is protected !!
Top