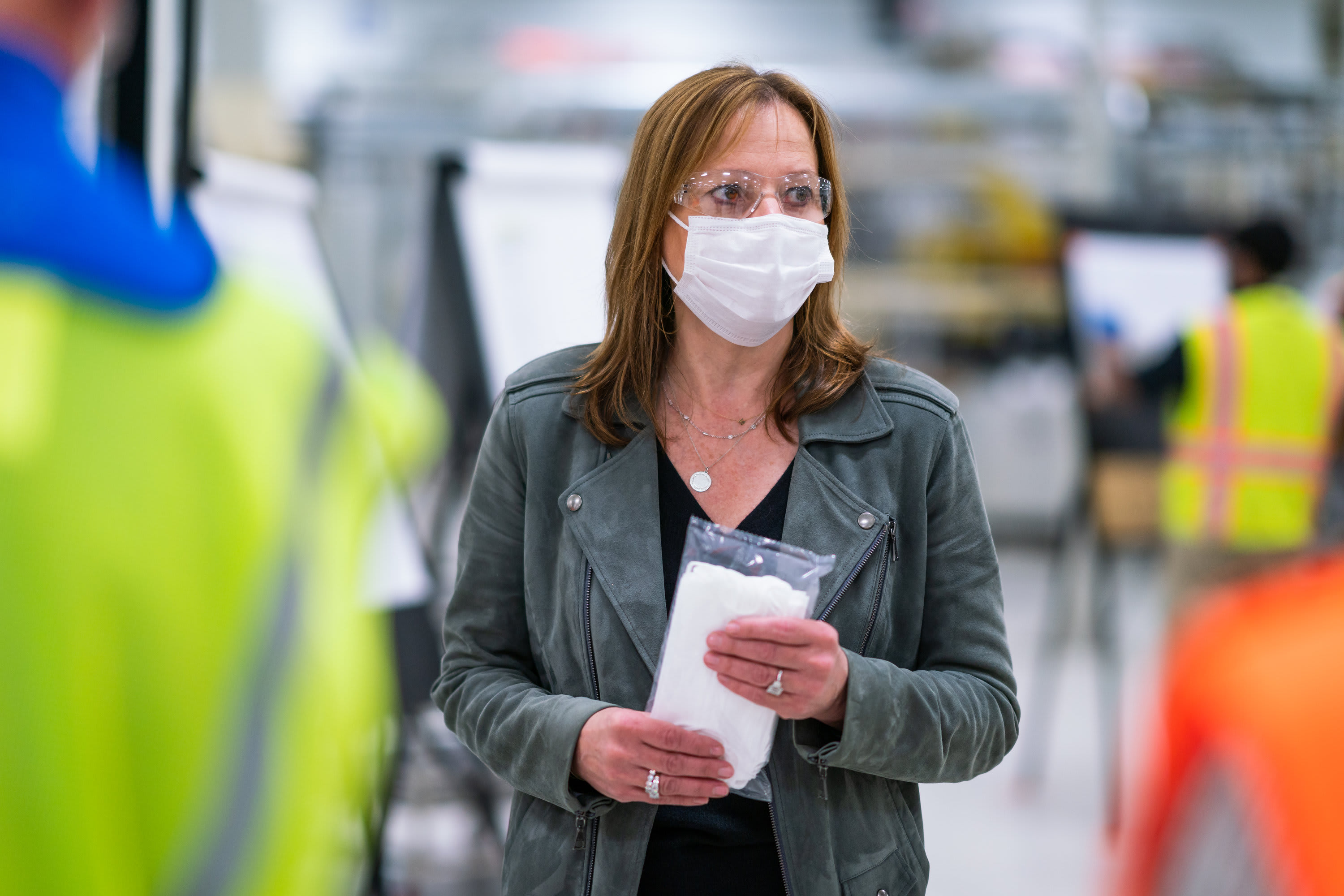 General Motors lost $806 million and burned through billions of dollars of cash in the second quarter in what is expected to be the worst three months of the year for the auto industry as the coronavirus pandemic shuttered factories and devastated sales.GM’s results released Wednesday reflected a 34% drop in U.S. vehicle sales, which the company attributed to a drop in demand “due to the COVID-19 pandemic and tight dealer inventories caused by the production shutdown in the first and second quarters.”GM’s loss is a sharp contrast to the $2.42 billion profit it made during the same three months last year. Revenue during the three months ended June 30 slid to $16.78 billion, a more than 53% drop from $36.1 billion during the same time last year.However, the loss isn’t as bad as Wall Street feared, although a share-price gain during the premarket reversed course in early trading to a slight dip from Tuesday’s closing. On an adjusted basis, the company lost 50 cents a share while analysts expected the automaker to lose $1.77 a share.GM CEO and Chairman Mary Barra described the quarter as “one of the most challenging” in the company’s history. She told investors during a call Wednesday that the company is positioned for “continued recovery” for the remainder of the year and beyond.General Motors Chairman and CEO Mary Barra on April 1, 2020 tours one of the company’s facilities in Warren, Michigan that will produce Level 1 face masks.GMHere’s what GM reported versus what Wall Street expected, based on average analysts estimates compiled by Refinitive.EPS, adjusted: A loss of 50 cents a share versus a loss of $1.77 per share expected.Revenue: $16.8 billion versus $17.3 billion expected. Cash burnThe company burned through $7.8 billion in cash during the quarter, a number that analysts and investors are closely tracking. GM said it expected to spend $7 billion to $9 billion in the second quarter.GM also expects to generate $7 billion to $9 billion in free cash flow during the second half of the year. That’s contingent on “continued economic recovery” and a U.S. sales pace for the industry of about 14 million for the rest of the year, GM CFO Dhivya Suryadevara told reporters during a call Wednesday morning.Suryadevara said the company expects to repay by the end of the year a $16 billion revolving credit line it drew down in March. The company had automotive liquidity of $30.6 billion to end the second quarter.The company did not release new guidance for 2020. It suspended its previous guidance in the first quarter as the coronavirus pandemic caused rolling production shutdowns across the globe.GM’s North American factories were closed eight out of 13 weeks during the quarter due to the pandemic. The company almost broke even in North America, where it lost only $101 million during the second quarter. That compares with a more than $3 billion profit a year earlier.The General Motors Flint Assembly plant is seen on May 18, 2020 in Flint, Michigan.Jeff Kowalsky | AFP via Getty Images’Extraordinary time’Suryadevara described the second quarter as an “extraordinary time” for the global automotive industry. GM initiated a “zero-based budgeting” process to preserve cash during the first half of the year. Those actions included significant cuts to advertising and other discretionary spending, compensation deferments and employee furloughs.Some of those cost-cutting measures will be permanent, according to Suryadevara. She declined to forecast a monetary amount of those savings for the company, which is in the midst of a $6 billion cost-cutting plan through 2020.”When you step back and look at these results, we believe this demonstrates the actions we’ve taken over the past few years to be more resilient, to reduce our fixed costs and to lower our break-even point and really improve our earnings power so we can invest in our future,” she said.GM plans to invest $20 billion from 2020 through 2025 in autonomous and all-electric vehicles.Ahead of the release, Bank of America Merrill Lynch analyst John Murphy said he expected the second quarter would likely be “the toughest in modern history” for the automotive industry, noting that companies “grappled with close to a zero revenue environment for a few months.”Other investors and industry executives have also called the second quarter “unprecedented,” and likely the worst three months of the year.Of the Detroit automakers, GM was expected to be best positioned to weather a crisis as big as the pandemic. For years, the automaker has aggressively cut costs and exited unprofitable markets, including Europe, to fortify its balance sheet.The company is the first of the Detroit automakers to report second-quarter earnings. Ford Motor is scheduled to report its results after the bell Thursday, followed by Fiat Chrysler before the bell Friday.Read the full earnings release here.