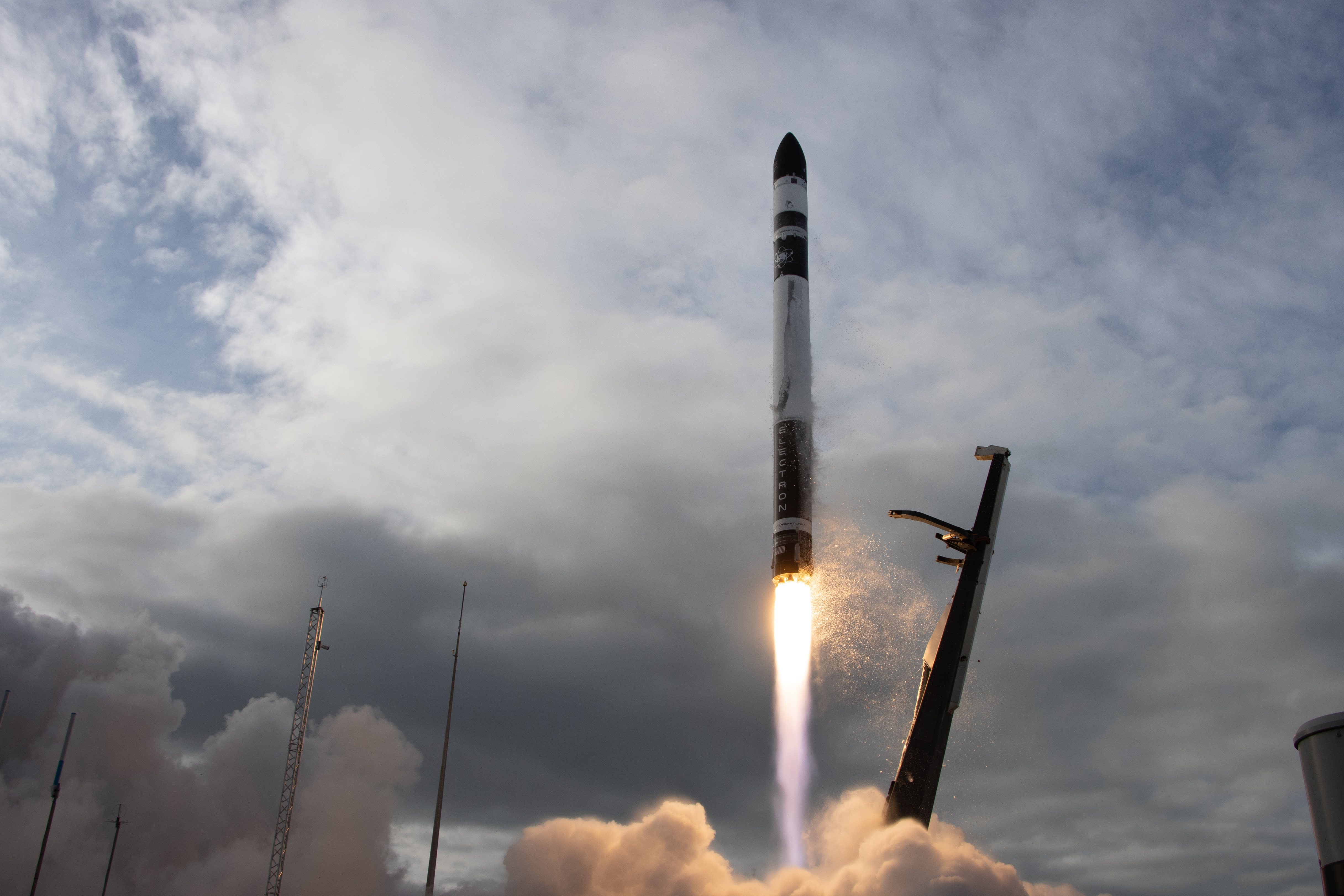 Rocket Lab’s Electron rocket lifts off on July 4, 2020.Rocket LabSmall rocket builder Rocket Lab is going back to the launchpad in August, as the company said it diagnosed the cause of its recent launch failure and received approval from the Federal Aviation Administration to resumes launches.”We were able to quickly reconstruct what happened, and the [investigation] board was able to confidently narrow down the issue to a single eligible connection,” Rocket Lab CEO Peter Beck told reporters during a briefing on Friday.The company’s Electron rocket launched its 13th mission on July 4, carrying seven small satellites bound for orbit. But the rocket never reached its destination, despite the early stages of the launch going according to plan, as a disconnection in its electrical system caused the rocket’s engine to shut down. Rocket Lab says the root of the issue was an electrical system that wasn’t secured, which led to the part overheating and then melting during flight.Alongside FAA investigators, the company reviewed over 25,000 channels of data from the launch to identify the cause of the accident.”This disconnection was incredibly unusual because it was able to evade all of the pre-flight acceptance testing,” Beck said. “It’s a very sneaky and tricky issue to try and screen for.”Rocket Lab has built more than 720 of these electrical components, Beck noted. The company made a “slight change” to its production process and will be screening for the issue in the rockets its built.”Anybody who flies on Electron now is going to be flying on a more reliable vehicle than they did before,” Beck said.First U.S. launch coming upRocket Lab is the industry leader in building and launching small rockets, targeting the growing market of satellites and spacecraft that are anywhere between the size of a toaster to a refrigerator. Its Electron rocket is priced at about $7 million per launch and is 55 feet tall, or about a fifth the size of a SpaceX Falcon 9 rocket. Started in 2006, the company has about 600 employees and is backed by a host a VC firms and, in recent years, has grown its valuation to more than $1.2 billion. It’s based in Long Beach, California but was founded by Beck in New Zealand, where it has a privately-built launchpad.Beck said that “there was a financial loss” from the July 4 failure “because we’re not launching.” But he downplayed the significance of that loss, saying that it “wasn’t really a big deal” and noting that the company still has cash set aside from its $140 million round of funding in November 2019.Rocket Lab has launched its Electron rocket to space 12 times. It first reached orbit in January 2018 and is closing in on beginning launches from a second pad in Virginia. The first launch from that U.S. location, called LC-2, will be “a few weeks” after the August launch, Beck said.”We haven’t launched this month and we’re trying to be on a one month cadence so we’re at least four weeks behind,” Beck added.To date, the company has successfully deployed 53 payloads.Additionally, the company last year expanded into the spacecraft building business itself with its Photon satellite platform. It’s grown its business to include building satellite hardware and earlier this year passed key milestones in developing a system to reuse its rockets — by snagging them out of the sky using parachutes and a helicopter.Subscribe to CNBC PRO for exclusive insights and analysis, and live business day programming from around the world.