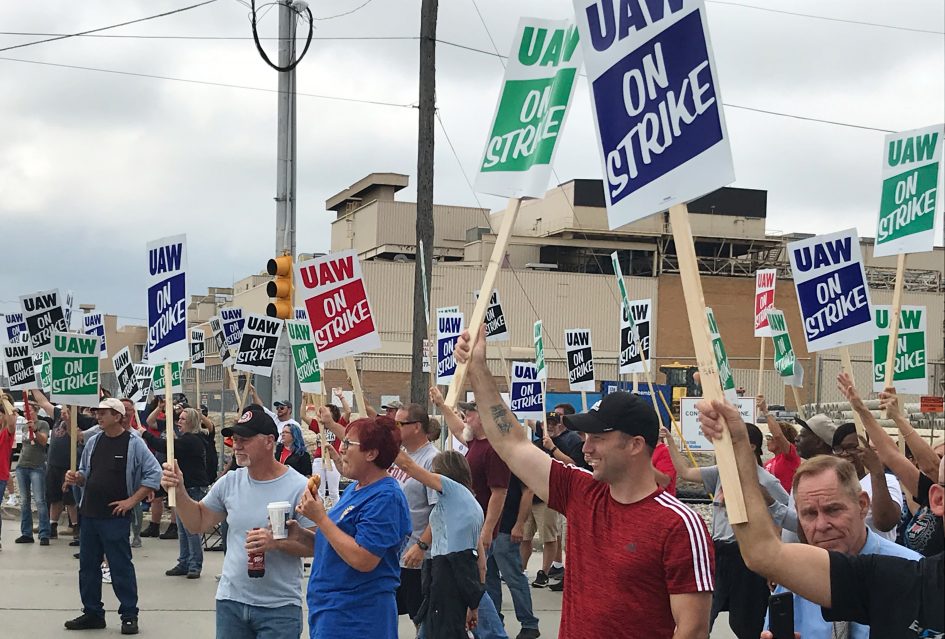 UAW members on strike outside a GM plant in Flint Michigan on Sept. 16th, 2019.Michael Wayland | CNBCDETROIT – A court in Tennessee has granted General Motors’ request for a temporary restraining order to prevent United Auto Workers members who have been on strike and picketing outside its Spring Hill Assembly plant from blocking the entrance, among other alleged “unlawful conduct.”The order follows local media reports of damaged property and run-ins with local law enforcement that have led to the reported arrests of a dozen or so union members. Maury County Sheriff’s Department, which has jurisdiction where the plant is located, did not immediately respond to a request for comment on the incidents.The 3,300 workers at the Tennessee plant are among the roughly 48,000 UAW members who have been on strike for a week following the union and company not reaching a tentative contract agreement by a Sept. 14 deadline.GM, in its complaint, detailed picketers stopping vehicles from entering the facility as well as other unlawful behavior such as placing “screws and nails on the roadway leading to the facility” and threatening and illegally detaining motorists who were trying to enter the plant.GM, in a statement, said it recognizes “the right of our employees to engage in lawful protests during the strike, but the safety and security of the public and our employees are our highest priority. After dialogue failed to stop the incidents of harassment, violence and vandalism by a few people, we had to take necessary actions to protect everyone else.”In response to the order, the UAW said it is “committed to conducting all strike-related activities safely and lawfully. And we will continue to work with law enforcement as issues arise.”The temporary restraining order, which was signed on Sunday, will remain in effect until Oct. 8, according to court documents.