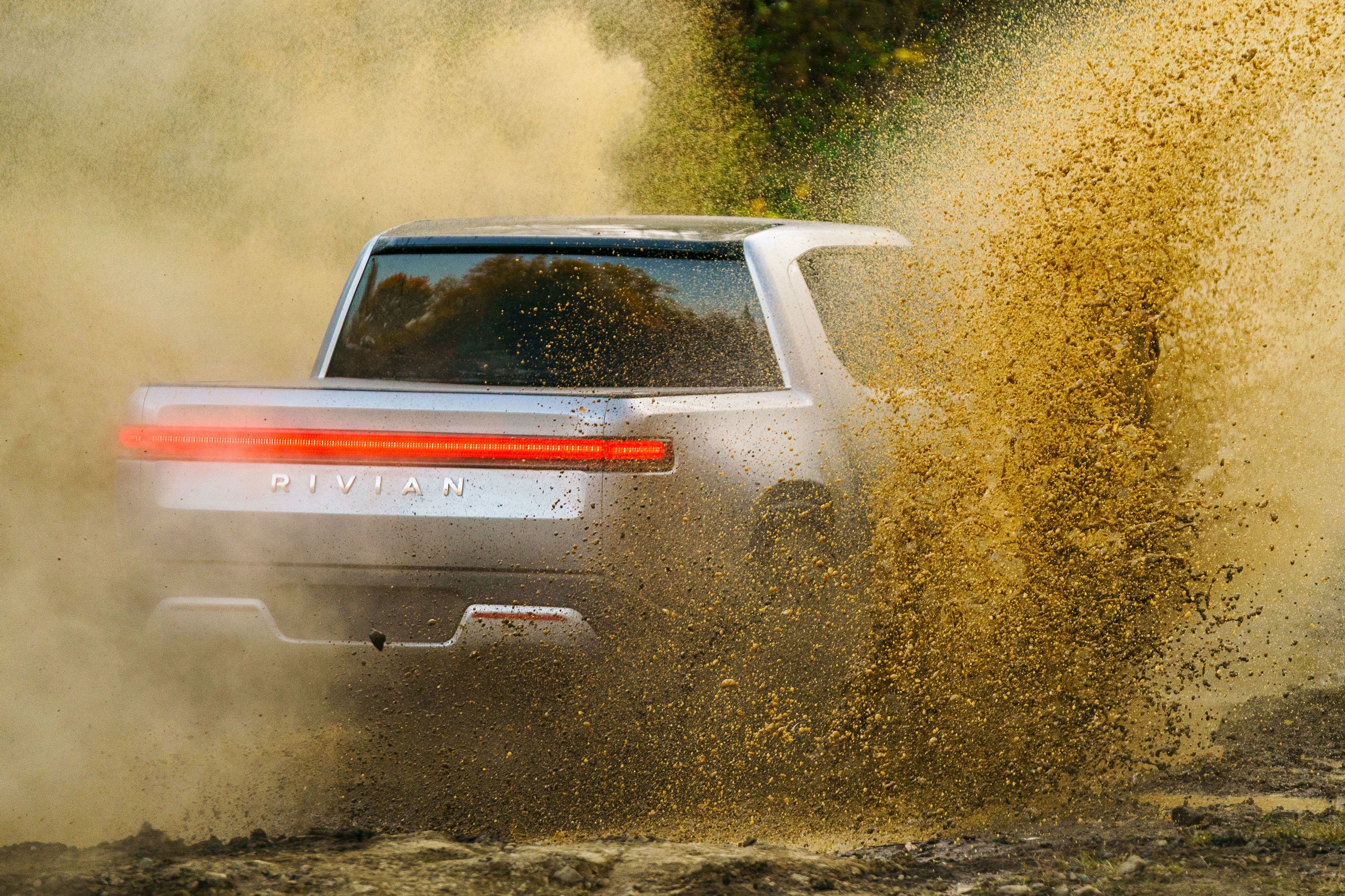 General Motors, the nation’s largest automaker, is joining Ford, Tesla and start-up Rivian in adding an all-electric pickup to its portfolio.

But Detroit’s Big Three and their challengers may have a hard time persuading the ranchers, roughnecks and handymen who make up a lot of their core clientele to trade in their diesel duallys for a battery-powered 4X4 pickup.

Arguably, the most critical question, said Sam Abuelsamid, a senior automotive tech analyst with Navigant Research, is “whether there’s a market for an all-electric truck.”

GM CEO Mary Barra didn’t offer any details about the pickup, but said GM “will not cede our leadership” in the pickup segment, leading to widespread speculation about what GM is developing and when it will come to market.

Slow to catch on

Considering the heavy use that many buyers subject their pickups to, that’s no easy question.

Electric vehicles, in general, have been slow to catch on with American car buyers. While sales of all plug-based vehicles — including all-electric and plug-in hybrid models — jumped from 195,226 in 2017 to 360,353 last year, according to industry data, that was still less than 2% of the overall new vehicle market. And pure battery-electric vehicles alone generated barely half of that total.

The vast bulk of the market is currently made up of a single vehicle, the Tesla Model 3 sedan. But manufacturers hope to spur growth with the addition of new products as diverse as the Audi e-tron SUV, the Porsche Taycan sports car and the Jaguar I-Pace crossover that was named World Car of the Year at the New York International Auto Show last month.

Now, manufacturers want to add all-electric pickups to the option list. Tesla has been hinting at its plans for a truck for several years, and CEO Elon Musk is promising to reveal more in the coming months. Detroit-based Rivian got a leg up on Tesla and other competitors by unveiling its own battery model, the R1T, at the Los Angeles auto show last November. Ford, which is investing $500 million in Rivian, has confirmed it is working up what is expected to be an all-electric version of its best-selling F-150.

Abuelsamid is one of those speculating about what GM might have in store. While a battery-based version of the big Chevrolet Silverado seems likely, he said the automaker could deliver a surprise. By opting for a midsize model, along the lines of the smaller Chevy Colorado, said Abuelsamid, it “would give them a chance to have a unique product in the market because everyone is focusing on full-size trucks.”

What is all but certain, however, is that GM — and Ford and Tesla, for that matter — will have to echo Rivian’s lead, delivering a vehicle that boasts plenty of horsepower and stump-pulling torque with great range and significant levels of towing and cargo capacity. The start-up’s R1T will make “close to” 800 horsepower, CEO RJ Scaringe said in Los Angeles, enough to hit 60 mph in 3 seconds. Its roughly 1,000 pound-feet of torque will let it haul a trailer of up to 11,000 pounds, and it is expected to get up to 400 miles on a 180 kilowatt-hour battery pack.

Those are the sort of numbers that would seem to play well with classic pickup users such as rancher Frank Helvey, who raises cattle and is active in the livestock auction community near Pearsall, Texas.

“I wouldn’t buy one at all. It wouldn’t make sense for me. It sounds like a playboy’s truck, instead of a work truck,” he said in an interview.

In Texas, where everything is bigger, the truck market is no exception.

The Lone Star state is home to the Dallas Cowboys, the world’s best barbecue and the biggest truck market in the U.S. Texas buyers account for 15.7% of the nation’s half-ton pickup market, according to Stephanie Brinley, principle auto analyst at IHS Markit. That means one out of every six half-ton pickups — like the Ford F-150, Chevy Silverado and Ram 1500 — are sold in Texas.

Jeff Williams, another Texas rancher, said the technology interests him, “especially if they can make an electric that has the same power and range as a one-ton diesel.” But he remains skeptical of Rivian’s claims and the promises made by other automakers that their electric pickups will offer capabilities matching their gas and diesel models.

Williams operates two farms and six ranches in what he called “far West Texas,” 275 miles from El Paso and even further from San Antonio. So, for him, the two critical challenges are range and charging. And out in his part of the Lone Star State there are few public chargers, especially the high-speed ones he’d need access to when hauling his livestock to market.

“The other issue, out in the remote area where I live, is access to a mechanic,” Williams added. He employs a mechanic who can handle his diesel and gas trucks, but if an all-electric model “breaks down, what do I do?”

For his part, rancher Helvey says he does expect there’ll be a market for all-electric trucks “for city dwellers and weekend warriors.”

But even some of the folks that might fall into those categories remain skeptical.

“I like the idea” of a battery-powered truck,” said Jennifer Stevenson, an emergency room physician at a suburban Detroit hospital and an owner of a new Ford F-150 Lariat. And while she rarely hauls much cargo or tows a trailer, Stevenson and her fiancé take frequent trips in remote places, such as Michigan’s Upper Peninsula, and “I don’t want to have to worry about finding a place to plug in.”

So, if ranch owners and weekend warriors remain skeptical, who might be ready to plug in with an all-electric pickup? The most likely target is fleet owners, said Brendan Jones, the chief operating officer of Electrify America. That’s the company funded by $2 billion out of Volkswagen’s settlement of its diesel emissions scandal, and it is spending most of that money to set up a nationwide network of EV chargers.

Fleet owners “know how and where they use their trucks” and whether they can deliver on their daily needs, both in terms of payload capacity and range, said Jones, during a conversation at Electrify America’s headquarters outside Washington, D.C. They may also find the lower operating costs and reduced maintenance that battery-electric vehicles require attractive.

Jones pointed to the fact that a number of fleets are already moving to larger commercial trucks, or at least testing them out. That includes delivery services such as UPS and FedEx. Amazon has also teamed up with Rivian, leading a consortium that will pump $700 million into the start-up. While the online retailer hasn’t said what it has in mind, it has been widely speculated it wants to launch a fleet of battery-powered delivery trucks.

Fleets have the advantage of not only knowing their daily needs but also the ability to set up their own charging systems. For work-oriented vehicles such as pickups to gain traction with retail customers, said Jones, “You’re not going to see (that happen) until you have an infrastructure.” And that’s something Electrify America and competitors such as EVgo and ChargePoint hope to put in place over the coming decade.

Paul Eisenstein is a freelancer for CNBC. His quotes from Electrify America COO Brendan Jones came from an interview in Washington, D.C., where the company paid for Eisenstein’s travel and accommodations.