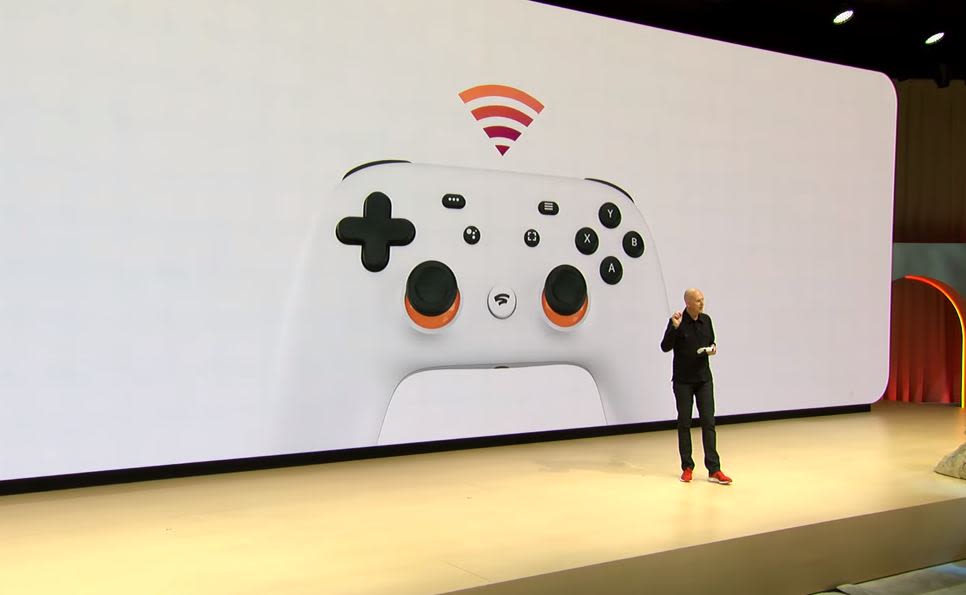 On Monday, Google held a livestream event to reveal more details about Google Stadia, the company’s cloud-based video game streaming platform that is poised to launch in November in 14 countries. This shift into the video game business is a major move for the tech giant.

Yet Google has a history of forcing evolution in a number of industries. Searching the internet was an entirely different experience before autocomplete. Translating foreign languages used to be a complex and time-consuming process before Google Translate. The Chrome browser changed how we navigate the web. And Google Fiber has prompted other internet providers to increase their speed offerings.

Now the company has video games in its sights. And it could be one of its biggest markets to date. The video game industry generated sales of about $135 billion in 2018, according to market analysis firm Newzoo. And GlobalData predicts the market will hit $300 billion by 2025.

Streaming access to games from any mobile device, Stadia will allow gamers to play AAA games at the maximum graphical settings on virtually any screen — TV, PC, laptop, phone or tablet — without having to worry about buying the latest and greatest processor, graphics card or console. Several major publishers, including Ubisoft, Bethesda, Electronic Arts, Take-Two Interactive Software and Warner Bros. are already on board.

Rather than buying a game at a retail store or downloading it directly to their consoles, players will bypass downloading titles with Stadia, streaming them like they would a Netflix film.

“I think this is a natural next step of the 20 years of innovation Google has been driving in the data center,” says Phil Harrison, vice president at Google and head of Stadia. “We make multiple billion-dollar investments building out our network. That knowledge and understanding of the fundamental ways bits move around the internet is one of Google’s core capabilities. … We’re one of a very small number of companies that has the capability to build this.”

Reaction to Stadia from players has been mixed so far. Some like the idea of instantly being able to play games on any screen. Some worry the play experience won’t be as responsive as playing a game on an Xbox or PlayStation 4.

Some of that is based on legitimate concerns about how Stadia will perform as internet speeds ebb and flow, especially since very few people have had hands-on time with it. But it’s also based to some degree on loyalty to existing gaming platforms. (The history of Xbox fans vs. PlayStation ones is akin to supporters of rival college football teams.)

Harrison acknowledges this but says it’s not an insurmountable challenge.

“It’s not the first time this has happened,” he says. “I’m long enough in the tooth to remember when this Japanese TV manufacturer was entering the games business to try to challenge Sega and Nintendo — and, obviously, that turned into PlayStation. It can be done. It has been done. Each generation sees those hard battle lines of allegiance shift, and remember, with Stadia we’re not asking our gamers to drop $500 or $1,000 on a custom next-generation [piece of hardware]. We take care of that in the data center, and they will be able to try it for a very low cost — and, in some cases, for free. “

Beyond its potential paradigm shift for players, game streaming could also change how developers make new titles. Rather than architecting them for a specific game console, they can now build with the broader capacities of a data center in mind, which could lead to more ambitious titles.

This is a natural next step of the 20 years of innovation Google has been driving in the data center. … That knowledge and understanding of the fundamental ways bits move around the internet is one of Google’s core capabilities. We’re one of a very small number of companies that has the capability to build this. “

It could also transform how publishers sell games. While individual title sales aren’t going away anytime soon (and there will always be some players who want physical copies), game streaming could make a Netflix-like all-you-can-play model more appealing. (Ubisoft is already experimenting with this, launching Uplay+ on Sept. 3, giving players access to more than 100 games, including new releases, for $14.99 per month.)

“We architected Stadia from the beginning of our business model to support this sort of publisher initiative,” says Harrison.

Other gaming companies exploring the space

Google has the biggest head start when it comes to game streaming, with an imminent launch for Stadia (as well as an existing web services division to handle the traffic load), but it’s not the only company exploring the space. Electronic Arts showed off a prototype of its own streaming service in 2018. And Sony offers PlayStation Now, giving PlayStation owners instant access to a library of 650 games (mostly older, catalog titles) for $99 per year.

An attendee uses a Sony PlayStation virtual reality headset and controllers at the Game Developers Conference in San Francisco on March 20, 2019.

It’s a big shift for players to make. And Harrison knows it won’t be instantaneous. However, he says, once people have spent a little time playing video games through Stadia or similar services, they’ll be unlikely to go back to previous models.

“History would suggest that once you move to the network, you don’t move back,” he says. “There are still vinyl records sold in the music industry, but the vast majority of music is enjoyed through digital services. And clearly, once you start building games that can only be created because they’re a part of a network center fabric, then you create a whole new form of entertainment and games that cannot be downloaded or put on a disc.”

For more on iconic global companies and executives embracing change and transforming for the future, join us live on Sept. 24 at CNBC Evolve Chicago, a summit for business decision makers seeking to innovate.