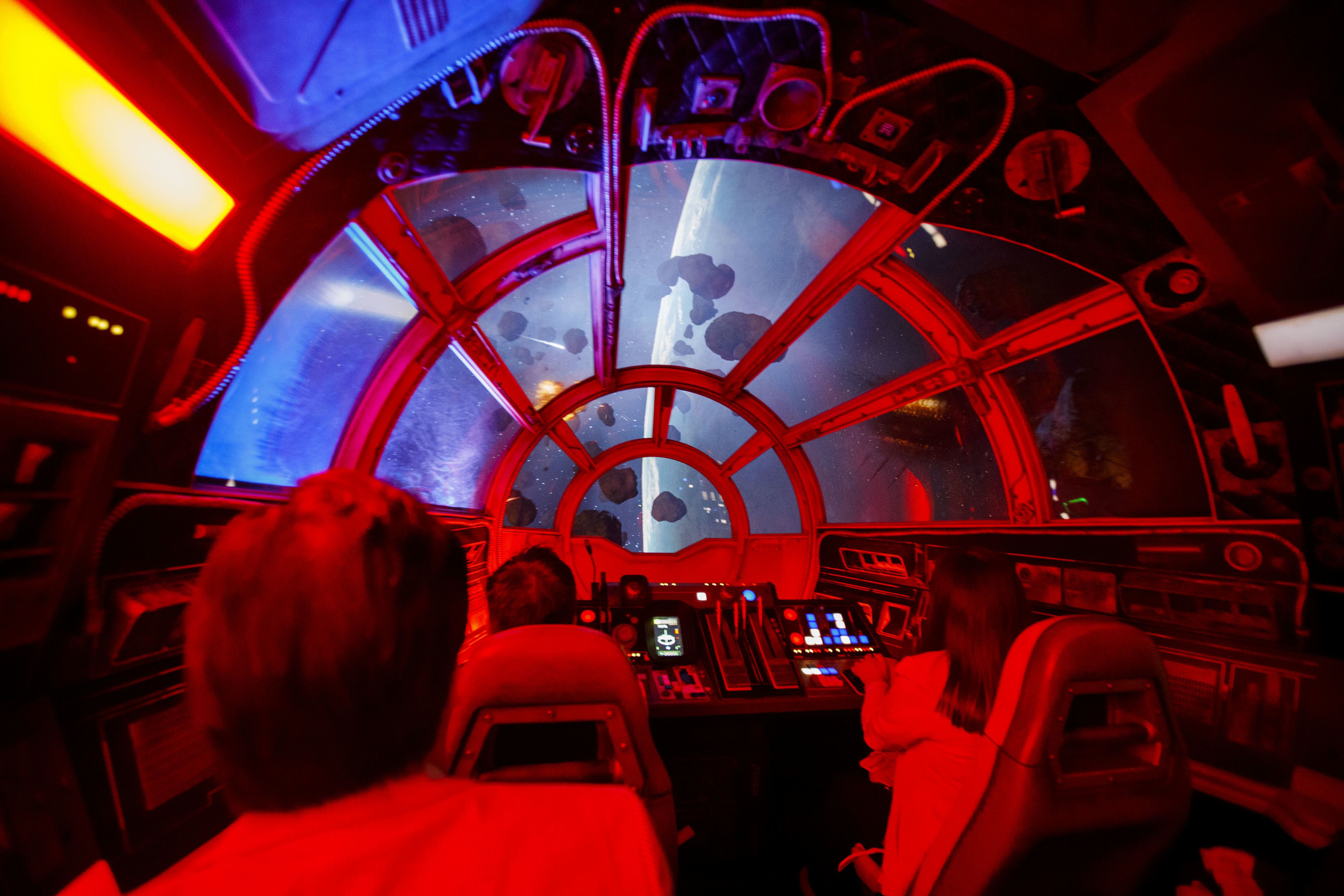 Star Wars fans who had long dreamed about piloting the Millennium Falcon will now get that chance when the gates to Star Wars: Galaxy’s Edge at Disneyland finally open on Friday.

The centerpiece of the new theme park land is Han Solo’s iconic ship, docked in the middle of the Black Spire Outpost on the planet Batuu. Here, not only will guests be able to take their picture with a massive replica of the iconic ship, measuring more than 100 feet long, they’ll try their hand at flying it.

Groups of six will board the Falcon in Millennium Falcon: Smugglers Run, a new ride — a pilot, co-pilot, two gunners and two engineers. They must work together — flipping switches and pushing buttons — and how well they do so will determine if they return to port unscathed or with a few dents in the hull.

“When you can give people an immersive experience which is what Disneyland was designed to be in the first place but something that is as rich as this that heightens the whole experience for people in ways that I don’t think we’re ever imagined when we didn’t have the resources of the technology,” CEO Bob Iger told CNBC’s Julia Boorstin Wednesday. “And so I think more than anything people are going to just be awestruck by how rich the experience here is.”

A trailer released by Disney late Wednesday gives a glimpse of the ride and teases long-time fans of the sci-fi epic with shots of guests taking the iconic ship to lightspeed.

Here’s how fans who got a sneak peak of the new park ahead of its opening reacted to visiting Batuu:

The second ride in the park, Star Wars Rise of the Resistance, won’t open until later this year.