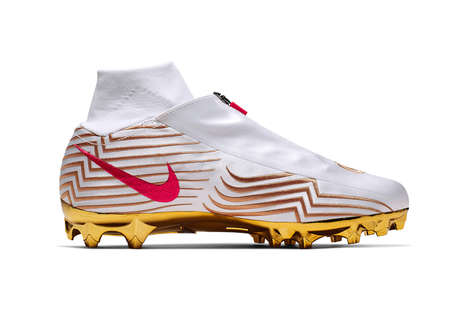 Nike has partnered with the NFL star Odell Beckham Jr. in order to produce the new Nike Vapor Untouchable Pro 3 OBJ cleats. The cleats were crafted to honor the receiver’s storied career. The pair is currently available on the Nike website for a price point of $200 USD.

The Nike Vapor Untouchable Pro 3 OBJ cleats were created to commemorate one of the most popular plays from the receiver’s career, which is his viral 2014 one-handed catch. The bronze embroidery is an outline of the route that Beckham ran during the 2014 play. Also featured on the cleat are scorpion designs, which were added because of Beckham’s astrological sign.