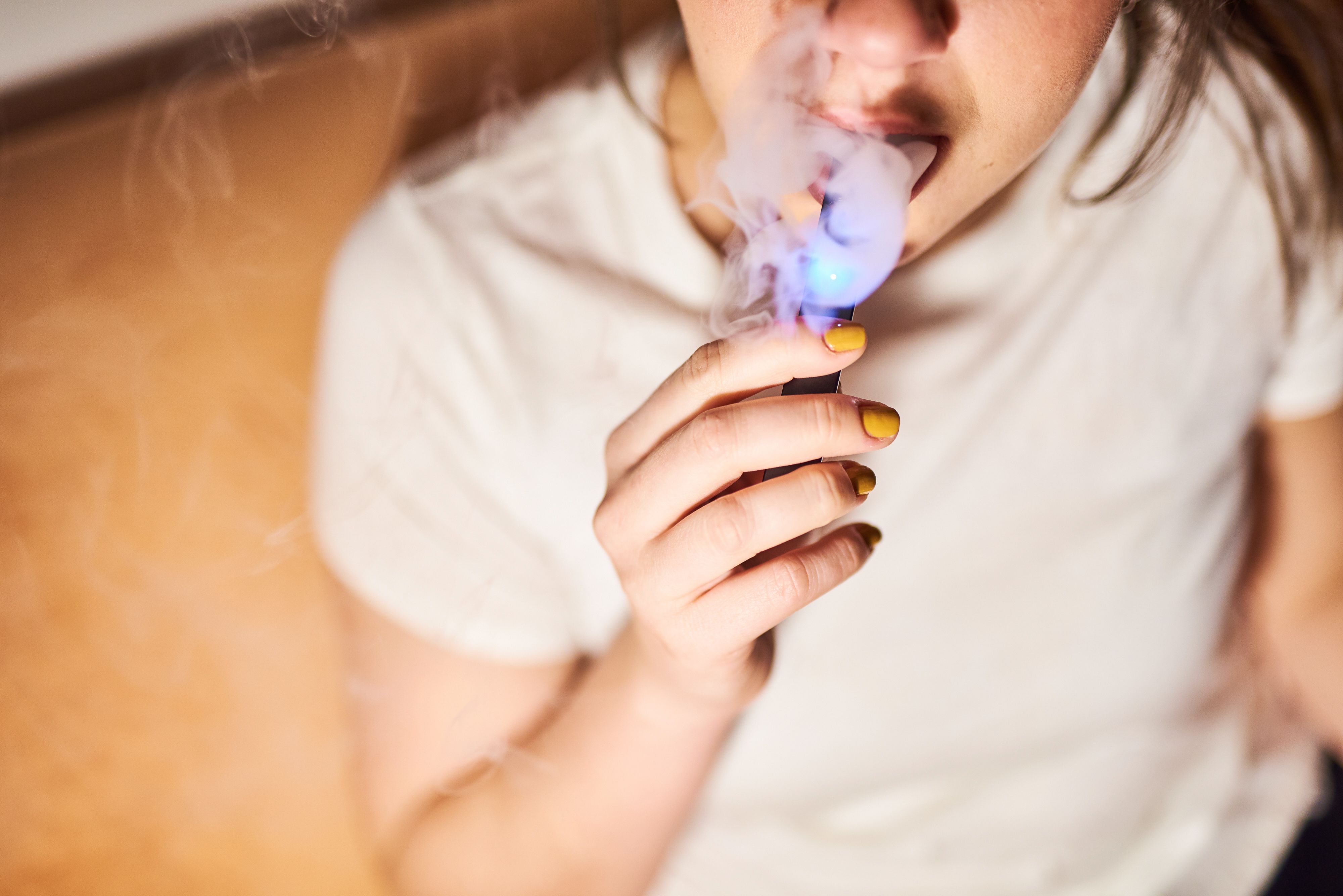 A person smokes a Juul Labs Inc. e-cigarette in this arranged photograph taken in the Brooklyn Borough of New York, U.S.

House Democrats are pressing e-cigarette leader Juul for a slew of internal documents examining the company’s marketing strategies as part of a broad investigation into the teen vaping epidemic.

The investigation comes as Juul faces increased scrutiny for its alleged role in the rise of nicotine use among minors.

“The safety and well-being of America’s youth is not for sale,” Krishnamoorthi wrote in the letter. “I am extremely concerned about reports that Juul’s high nicotine content is fueling addiction and that frequent Juul use is sending kids across the country into rehab, some as young as 15.”

The letter cited research from the Centers for Disease Control and Prevention that found that e-cigarette use among high school and middle school students across the nation skyrocketed by 78% and 48%, respectively, from 2017 to 2018. The CDC also found that overall tobacco use in high school students rose nearly 40% during that time.

Krishnamoorthi is pointing the blame at Juul for the rise in underage vaping, writing that the company commands 75% of the e-cigarette market in the United States.

In a statement to CNBC, a Juul spokesperson said the company looks forward to “a productive dialogue as we continue to combat youth usage and help adult smokers switch from combustible cigarettes, which remain the leading cause of preventable death around the world.”

“We share the subcommittee’s concerns about youth vaping and welcome the opportunity to share information about our aggressive, industry leading actions to combat youth usage,” the spokesperson said in a statement. The spokesperson said the company has stopped the sale of non-tobacco and non-menthol flavors to its retail partners, enhanced its online age verification system and “strongly” supported legislation that proposes raising the tobacco age to 21 years old.

The company has also shut down its Facebook and Instagram accounts, which some lawmakers said targeted younger consumers.

The House investigation is just the latest probe into the company. In April, nearly a dozen Democratic senators opened an investigation into Juul’s marketing strategies and its deal with Marlboro cigarette maker Altria.

Altria in December took a 35% stake in Juul as the Marlboro maker looks to take “significant action” to prepare for more adult smokers transitioning from cigarettes to vaping. Juul said its deal with Altria is a way for it to reach more adult smokers, its targeted audience.

Altria deferred comment on the House probe to Juul.

Attorneys general in some states have also focused on Juul’s business practices. In May, North Carolina Attorney General Josh Stein sued the company for allegedly targeting young consumers and misrepresenting the potency and danger of nicotine in its products.

Massachusetts Attorney General Maura Healey last year also announced she was launching an investigation into the company for failing to stop minors from buying its products. Healey is investigating how many minors use Juul e-cigarettes and how the company manages its age-verification system.