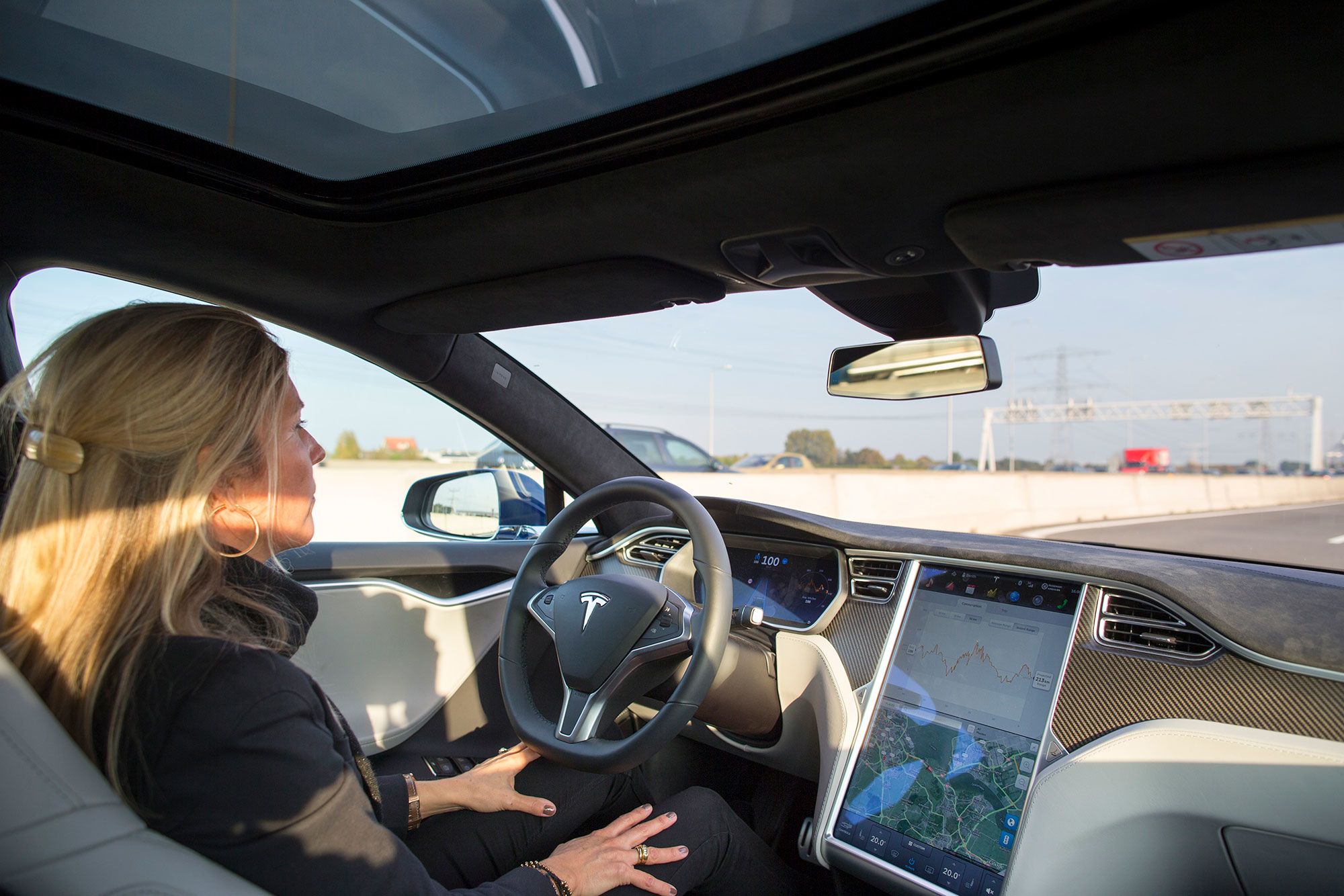 Tesla has lost nearly a third of its value this year but Morgan Stanley believes there are some pieces of Elon Musk’s company that investors do not value properly, most notably its self-driving technology unit.

“We believe investors underappreciate / undervalue Tesla’s Autonomy business,” Morgan Stanley analyst Adam Jonas said in a note to clients on Tuesday. He is widely followed on Wall Street due to his early bullish call on Tesla, as well as his attention to the growing electric vehicle market.

Jonas’ optimism comes as the stock slowly rebounds following its steady fall this year. Tesla shares dropped as far as $179 a share at the beginning of June, shortly after Jonas held a conference call with investors where he said “Tesla is not really seen as a growth story. ” Jonas said Tesla seems more “like a distressed credit and restructuring story” but warned that a big technology company like Amazon or Apple is not going to come to the rescue. Tesla shares dropped 6% the day of Jonas’ call, continuing a slide begun when Musk sent an urgent email to employees to cut spending and take “hardcore” measures to reign in expenses.

But the last few months haven’t been all bad, in Jonas’ view, as he noted last week that the month of May saw Tesla continue “to extend its lead vs. a still-small group of true [electric vehicle] competitors. ” And, on Tuesday, the analyst said Morgan Stanley clients “are increasingly questioning us about areas of potential value within the company’s portfolio that may be underappreciated by the market.”

Jonas gave a list of the parts of Tesla he thinks are underappreciated by investors:

These are all areas Jonas said have “potential commercial value beyond the manufacturing of Tesla vehicles.” He believes the company’s “Autonomy” unit is one of the most undervalued pieces, saying that that “many investors to whom we speak do not explicitly include Tesla’s Autonomy business in their valuation of the company.” Jonas estimates that, on its own, the self-driving business is worth $8.5 billion. Morgan Stanley has a $230 a share price target on Tesla, with Jonas estimating that the autonomy business makes up a fifth of the company’s total value at $45 a share.

“Can Tesla Borrow a Page from Detroit on Capital and Talent Retention?”

The title of Jonas’ investors note questioned how Tesla compares to the big Detroit automakers as it seeks a technological edge in the industry.

Auto companies have recently “set a precedent for utilizing separate autonomous vehicle business units to attract and retain talent,” Jonas said, pointing to both General Motors and Ford. The former has a its “GM Cruise LLC” while the latter has its own “Ford Autonomous Vehicles LLC.” Jonas said those entities allowed the companies to draw outside investment, with GM Cruise raising funds “from the likes of Honda and Softbank” while Ford’s unit received investment from Volkswagen.

This nearly standalone structure allows the self-driving arms of GM and Ford to do four things, in Morgan Stanley’s view.

“(1) create a currency to attract and retain talent, (2) increase the importance of the technological mission for the “mother of all AI projects,” (3) creates the opportunity for new partnerships outside the auto industry and (4) increases the potential to bring in new capital and fund projects at potentially far more attractive multiples,” Jonas said.

Jonas said GM and Ford created “tech-centric units” due to “the higher degree of urgency needed for traditional industrial companies” to compete with technology companies. Tesla is “already widely thought of as a tech platform,” Jonas said, but he thinks the self-driving unit has more comparable value than is apparent because its not a differentiated legal entity. Tesla’s autonomous technology value comes “in the form of hardware, software, and access to substantial amounts of driving data/miles,” Jonas added.