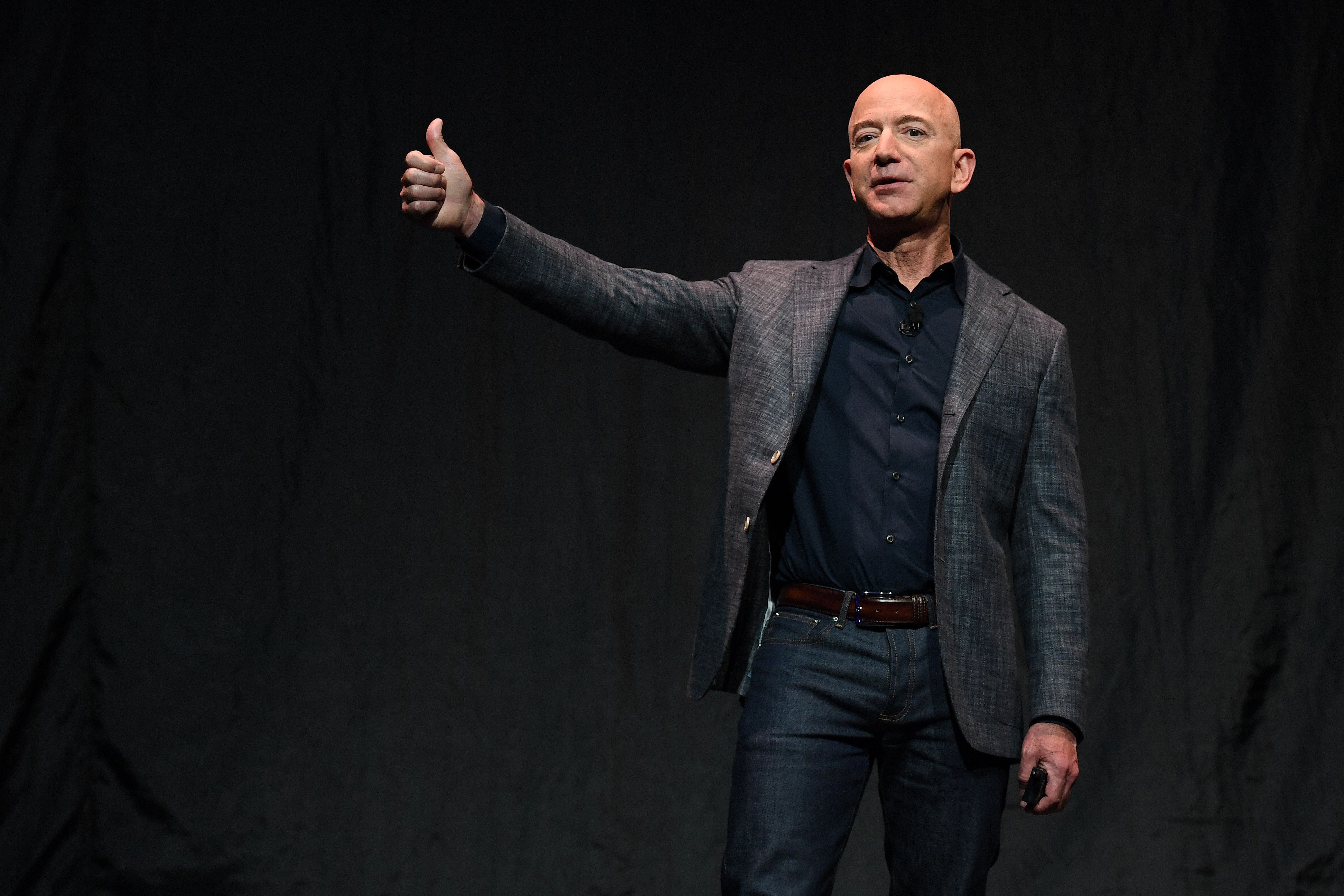 Founder, Chairman, CEO and President of Amazon Jeff Bezos gives a thumbs up as he speaks during an event about Blue Origin’s space exploration plans in Washington, U.S., May 9, 2019.

Amazon broke ground on Tuesday on a new $1.4 billion air hub in Kentucky that will enable it to further control its own shipping and cut its reliance on UPS, FedEx and the U.S. Postal Service.

But watching Amazon CEO Jeff Bezos at the groundbreaking, you could get the sense he was just excited to drive some heavy machinery.

“All right, let’s move some earth!” Bezos said before getting on a John Deere front loader.

“If you’re wondering, that’s fun,” he said when he disembarked.

The air hub at Cincinnati Northern Kentucky International Airport is scheduled to open in 2021, and 2,000 Amazon employees will work there, according to Amazon. It was originally announced in 2017 and about 50 aircraft will operate out of the hub.

“This hub is going to let us get packages to customers faster. We’re going to move Prime from two days to one day,” Bezos said on Tuesday, according to the Cincinnati Business Courier.