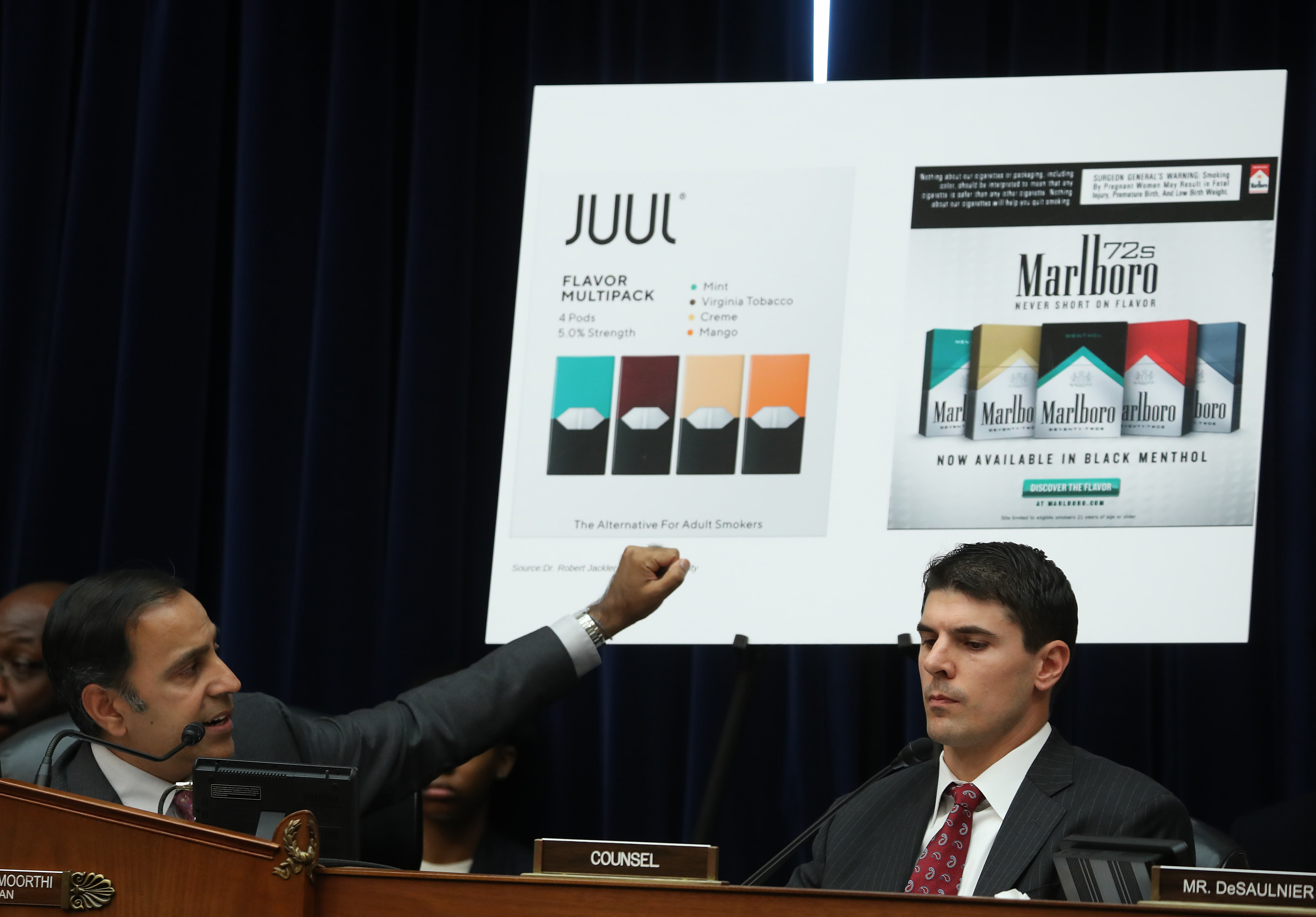 E-cigarette maker Juul is breaking the law in advertising its nicotine pods as a safer alternative to traditional cigarettes and tool to help people quit smoking, said Rep. Raja Krishnamoorthi, chairman of the House panel that oversees consumer product investigations.

“The subcommittee urges FDA to evaluate the admissions and statements … and expeditiously take all appropriate enforcement action to protect the American public from the fraudulent and unapproved medical claims made by Juul,” Krishnamoorthi said in the letter sent Thursday.

FDA spokeswoman Stephanie Caccomo said the agency will respond directly to Krishnamoorthi about his concerns, adding that these activities are part of the FDA’s broader investigation into the company’s marketing practices. The FDA will share more on this “early next week,” she said.

“The FDA continues to closely scrutinize potentially false, misleading or unsubstantiated claims on a case-by-case basis to ensure that the public, including both adults and youth, are not misled,” the Caccomo said in a statement.

E-cigarettes are pitched as a way to give smokers their nicotine fix without all the harm that comes from smoking cigarettes. However, the FDA has not approved any e-cigarettes for smoking cessation, which would require a formal review backed by scientific data. Currently approved therapies include nicotine gums and lozenges.

Juul, which has been under scrutiny for its popularity among teenagers, revamped its advertising earlier this year to more directly target adult smokers. While it doesn’t overtly say its nicotine pods can be used to quit smoking, Juul’s new ad campaign touts it as a way to “make the switch” from cigarettes to Juul’s vaping devices. Commercials feature adults sharing their stories of how they stopped smoking cigarettes thanks to Juul.

Critics say “switch” is merely a veiled way to say “quit.” In a two-part congressional hearing earlier this summer, Rep. Rashida Tlaib, D-Mich., said Juul stopped marketing to younger users only after the FDA questioned its advertising. Tlaib accused Juul of skirting federal advertising restrictions on tobacco and pressed Juul on its efforts to sell Juul e-cigarettes to employers and insurers.

Krishnamoorthi said Juul co-founder James Monsees made multiple references the hearing to Juul helping adults stop smoking cigarettes. He included testimony from Rae O’Leary, who said Juul made “multiple claims that their product is effective for smoking cessation and less harmful than tobacco products” in presentations to the Cheyenne River Sioux Tribe and children in the tribe’s high school.

A Juul spokesman said switching from cigarettes to vaping is different from quitting nicotine altogether.

Juul, facing allegations it fueled a teen vaping “epidemic,” is already the subject of multiple investigations. The FDA conducted a surprise inspection of Juul’s San Francisco headquarters last fall, seizing “more than a thousand pages of documents” related to its marketing practices.