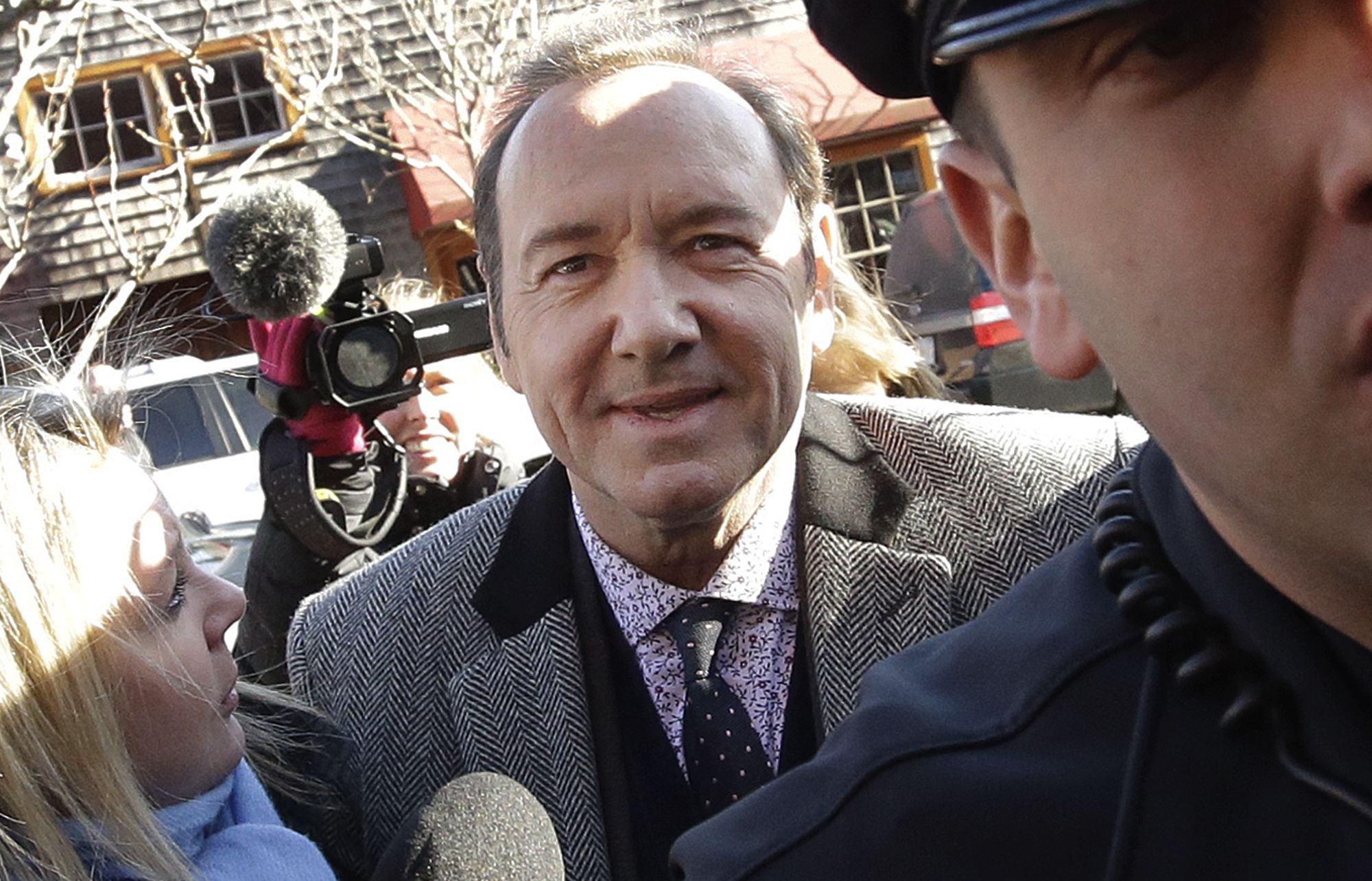 The criminal case against Kevin Spacey is in jeopardy after the man who accused the Academy Award winning actor of groping him invoked his Fifth Amendment rights at a hearing centered on the deletion of text messages on his phone.

The case against Spacey could end up being dismissed — soon — as a result of the accuser’s refusal Monday to explain to Spacey’s lawyer his role in the deletion of those messages from his now-missing cell phone.

The judge in the case said Monday that it is not clear if the case will “continue or collapse” as a result of that refusal to testify about the cell phone, which the accuser had on the night of the alleged assault.

Spacey’s attorneys argue that the phone contains evidence that would clear the actor of claims he groped the accuser in a Nantucket, Massachusetts, bar in July 2016, when the other man was just 18 years old and working as a busboy.

Spacey’s defense lawyer Alan Jackson on Monday seized on the accuser’s Fifth Amendment claim to demand that the case be tossed out by Nantucket District Court Judge Thomas Barrett.

Jackson earlier Monday questioned the accuser about whether he or anyone else had deleted text messages, photos or videos from his cellphone before handing it over to police.

The accuser denied deleting anything from his phone. But when Jackson asked if he was aware that destroying evidence is a felony under Massachusetts law, the accuser answered, “I am now.”

He then refused to testify further, citing the Fifth Amendment.

The Fifth Amendment of the U.S. Constitution protects people from having to incriminate themselves.

But, “You can’t plead [it] selectively,” said Eric Tennen, a partner at Swomley & Tennen, a law firm in Massachusetts.

In other words, Tennen noted, the accuser can either invoke the Fifth Amendment and not testify at all — or must answer all inquires from the defense, while putting himself at risk of prosecution himself if he admits to a crime.

Despite Jackson’s demand for an immediate dismissal, Barrett said he would give the accuser’s lawyer time to decide whether to change his stance on testifying.

But Barrett acknowledged it could be difficult for prosecutors to prove their case without the testimony of the alleged victim.

Still, if the accuser decides to continue invoke his Fifth Amendment rights, there are other ways for the prosecution to proceed with the case.

“They could offer him immunity,” Tennen said, referring to a scenario in which prosecutors would agree not to charge the man for conduct he admits in his testimony.

“That could be one of the reasons the judge didn’t jump up and say ‘we’re done here,’ ” Tennen noted.

But Tennen said it’s “rare” for prosecutors to give immunity to accusers in such cases.

While being granted immunity would allow the accuser to testify, his testimony could be seriously undercut by cross-examination by Spacey’s lawyer.

Tennen said that another option is for prosecutors to proceed to trial without the accuser’s testimony, if they have enough other evidence to prove that Space groped him. Tennen said an eyewitness to the alleged incident would not be needed if there was a 911 call, a video or other such evidence that proved the groping happened.

But it is not clear if such evidence exists.

The accuser’s mother, Heather Unruh, on Monday admitted that she had deleted at least one video from the phone, which she said contained her son getting high using a “water pipe,” or a bong.

The video had been filmed more than a year after the alleged incident with Spacey, she said.

She also said that the video of her son using drugs was taken on a different cellphone than the one handed over to police, but somehow the new phone was transferring photos and videos to the old phone.