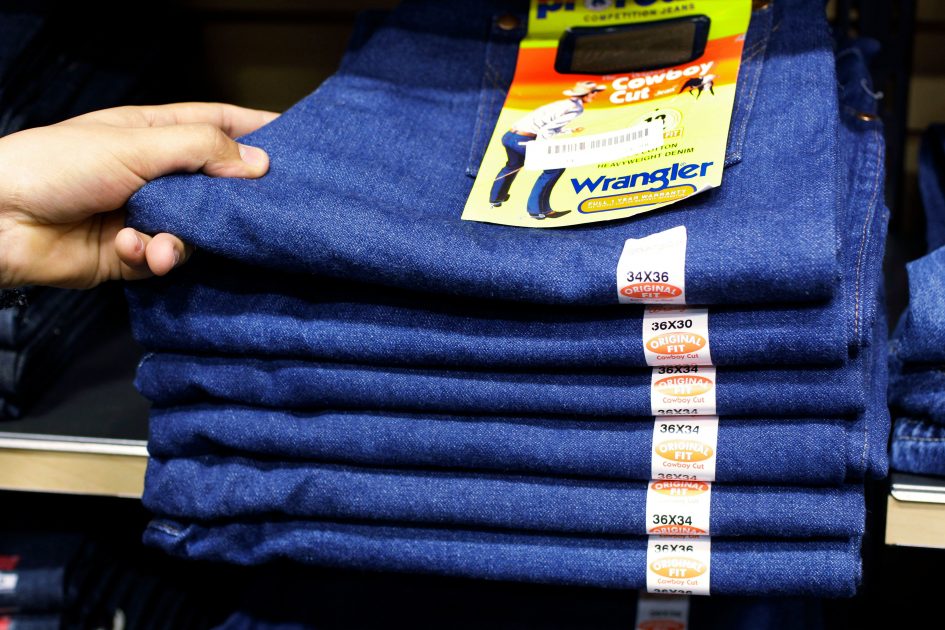 Kontoor Brands put up stronger-than-expected earnings and revenue in its first earnings report as an independent company, after being spun off from VF Corp. earlier this year.

The maker of Lee and Wrangler jeans reported adjusted quarterly profit of 96 cents per share, compared to a consensus estimate of 67 cents. Revenue was also above forecasts, although sales were hurt by the bankruptcy of Sears and Kmart as well as a stronger dollar.

Kontoor Brands is counting on the second half of 2019 to start to gain traction on its long-term revenue growth, margin improvement and cash generation goals. However, this is also when a new list of largely consumer goods including clothing and shoes made in China will be subject to a 10% tariff, and when some market watchers fear a recession could take hold.

Kontoor Brands CEO Scott Baxter said neither of these situations concern him.

If there is a U.S. recession, it will “play into our favor,” Baxter said in an interview. He explained, there is “extremely good value in the product we make.”

A big portion of its business is denim sold for $20 or less. The company manufactures over a third of its goods in the Western Hemisphere — the majority of that, in Mexico. The threat of tariffs on Mexican-made goods several months ago was a potentially damaging policy for Kontoor Brands, but the U.S. and Mexico came to a swift agreement to circumvent tariffs, at least, for now.

The Sept. 1 imposition of a 10% tariff on Chinese-made goods will not hit Kontoor Brands in a material way. Less than 1.5% of the denim-maker’s manufacturing is done in China as it has been actively working to move production out of the country for about a decade.

However, Baxter views the tariffs as “taxes on consumers,” which means there will be less disposable income in shoppers’ wallets, which could cut into overall retail spending.

“There have been a lot of episodic events in the last 10 years or so that could have hurt us,”  he said, citing examples such as the strong cotton inflation in 2011 and 2012 and the growth of athleisure. But, he said, “we have always found a way to grow.”

Kontoor Brands has an eye on China as a growth opportunity. While it currently sells its Lee-branded denim there,  Wrangler has not been sold in the country, but will starting in the first quarter of 2020, when it will be sold on Alibaba.