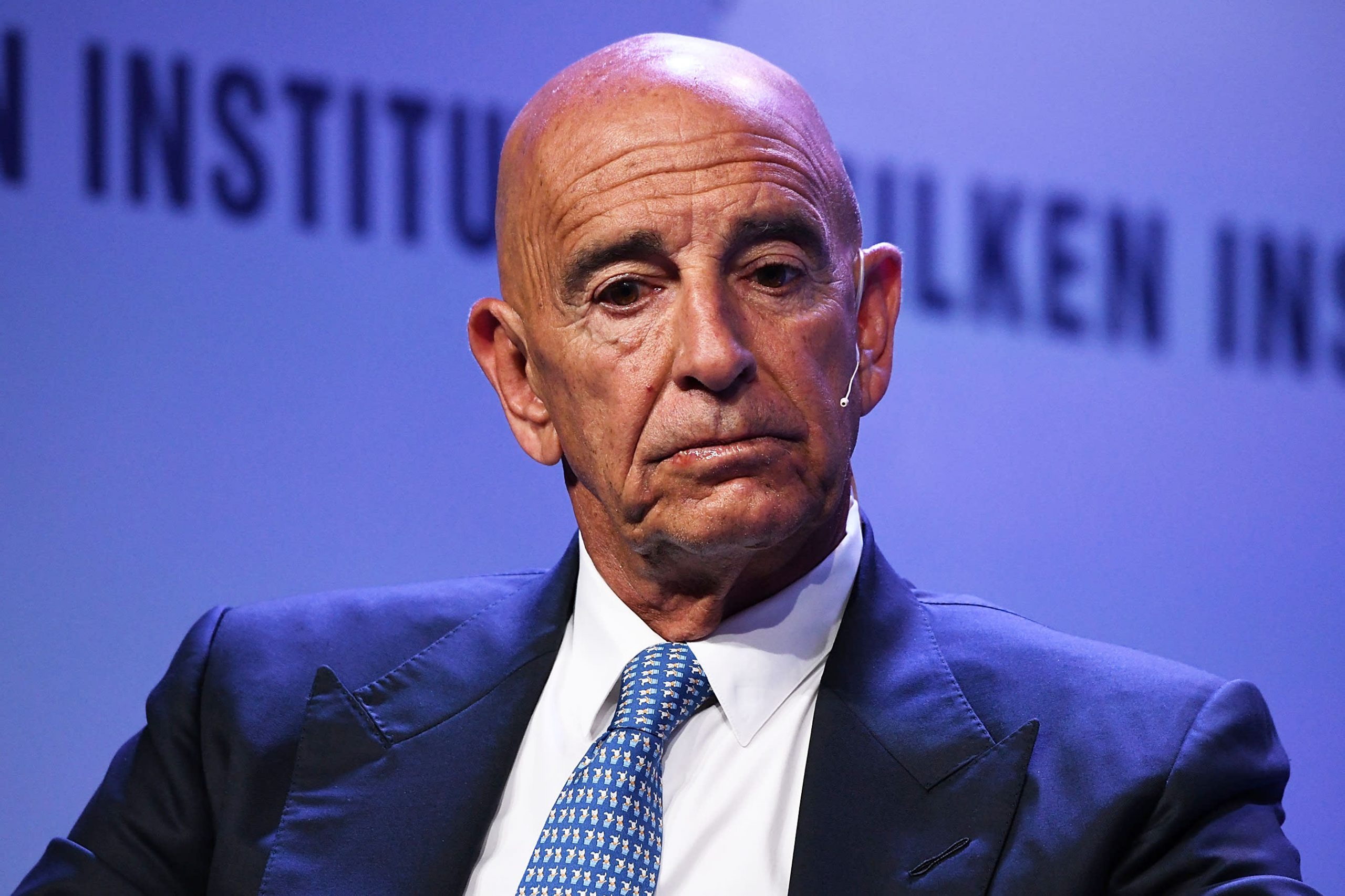 Thomas Barrack, Executive Chairman and CEO, Colony Capital, participates in a panel discussion during the annual Milken Institute Global Conference at The Beverly Hilton Hotel on April 28, 2019 in Beverly Hills, California.Michael Kovac | Getty ImagesA lawyer for Tom Barrack — the private equity investor who is a close friend of former President Donald Trump — on Thursday pushed federal prosecutors to quickly turn over evidence in their criminal allegation that Barrack illegally lobbied the Trump administration for the United Arab Emirates.Barrack’s defense attorney, Matthew Herrington, questioned why he has not yet been given all or most of that material, saying that federal authorities have assembled evidence related to Barrack, 74, for the past four years.Herrington raised the issue during the first status conference in the case in U.S. District Court in Brooklyn, New York, where Barrack and his business associate Matthew Grimes have pleaded not guilty to an indictment accusing them of secretly working to advance the interests of the UAE with Trump’s 2016 campaign and then during his presidency.Barrack is free on a $250 million bond, while Grimes is free on a $5 million bond. A third defendant, 43-year-old UAE national Rashid Sultan Rashid Al Malik Alshahhi, remains at largeBarrack’s lawyer noted that the documents turned over by prosecutors in the past month do not even include material cited in the indictment against Barrack and the 27-year-old Grimes.Herrington told Judge Brian Cogan that as a result, he is “suffering from really profound information asymmetry.”Prosecutors are required in criminal cases to share with defense lawyers evidence that forms the basis of their claims that a defendant broke the law.And they are specifically required to share any information they have that could be used to show that a defendant did not break the law as alleged.Such potentially exculpatory evidence is known as “Brady material,” after the court case which established defendants’ rights to that information.Herrington during Thursday’s hearing told Cogan that prosecutors “take the position that there is not Brady material that they’ve identified at this point, which is surprising to me.”Herrington said that there are claims in the indictment that cite evidence that he considers to be Brady material.CNBC PoliticsRead more of CNBC’s politics coverage:Assistant U.S. Attorney Ryan Harris told the judge that since July 20, when Barrack and Grimes were arrested, prosecutors have turned over more than 100,000 pages of documents to defense lawyers, and will continue providing more evidence “on a rolling basis.””We’ve made 10 productions [of sets of documents] in about 30 days,” Harris said.The prosecutor said the government does not consider any evidence used in the indictment to be Brady material, despite the claims by Barrack’s lawyer to the contrary.Asked by Cogan what percentage of the total amount of evidence the 100,000 pages represented, Harris said, “it’s a little difficult to say.”But Harris also said that by the next status conference, tentatively scheduled for Nov. 2, the government expected to have made “substantial progress.””Do as much as you can,” Cogan said, noting prosecutors should be able to give defense lawyers any documents used for the indictment over the next 30 days.Thursday’s hearing lasted just 15 minutes and was conducted via video conference.When it began, Grimes’ lawyer, Matthew Schwartz, pointed out where Grimes could be seen on the video feed, calling it “The Bobby Brady Box.”Grimes was dryly making reference to the opening credits of the iconic 1970s TV show “The Brady Bunch,” where child actor Mike Lookinland’s character Bobby could be seen in the lower right corner of nine squares.Other than the discussion about evidence and Brady material — the legal material, not the TV show — and scheduling of the next hearing, the only other issue mentioned at any length was about the potential for classified information being shared between the parties, and the procedure that will be used for that.Herrington said, “We agree there is [classified] material coming from both sides.”Barrack, who was chairman of Trump’s 2017 inaugural fund, stepped down as CEO of Colony Capital in 2020. He resigned as executive chairman of the firm in April.