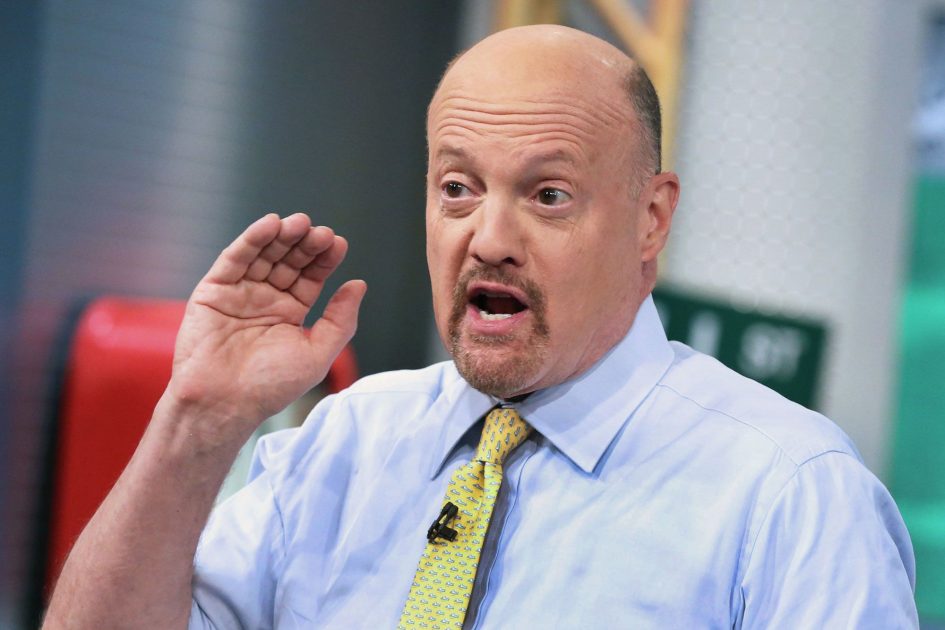 CNBC’s Jim Cramer said Wednesday that Levi Strauss’ latest quarter is a proxy for the rest of the apparel industry.

After tanking 12% to finish the session at $20.82, the stock should have never climbed above its $22.22 opening trade price, even if the company has good management, he added. The jean company’s U.S. sales climbed 1% during the quarter, but the wholesale business dropped 2%, and its guidance was “hideous,” he noted.

Levi forecasts that “the second half is going to be softer than the first half,” CEO Chip Bergh explained to Reuters. The company also expects that bankruptcies and store closures in the retail space, along with lower off-price channel sales, will impact wholesale in the second half by 200 basis points, Cramer added.

“It looks like America is overrun with denim right now,” the “Mad Money” host said. “The stock’s horrific sell-off I think has more to do with shareholders than the company itself. Levi makes excellent products … but the shares should never have been so expensive in the first place” trading at 22-times earnings in this retail environment.

In order to absorb some of the blow, Levi leadership could have preannounced some of its struggles and give shareholders a primer of how it would bounce back, Cramer said. Still, the company is “foreshadowing what’s going to happen to the entire apparel industry” where Amazon, Walmart, Target and Costco “are thriving at the expense of everyone else,” he said.

” These companies they’ve got pricing power, they have clout, and they’re using it, against the suppliers, ” Cramer said. “That’s bad for Levi’s, but it’s also bad for everyone else who sells into retail, too.”

The “Mad Money” host took aim at accusations that the Federal Reserve “engineered” stocks to run higher in a session where the S&P 500 eclipsed the 3,000 level for the first time in history. The Dow Jones Industrial Average gained more than 76 points, the S&P moved 0.45% to close at 2,993.07 and the Nasdaq Composite expanded 0.75%.

Cramer said that Wall Street got a “boost” after Fed Chair Jerome Powell hinted that the central bank may soon cut its target benchmark interest rate of 2.25% to 2.5%. Powell, appearing in front of the House Financial Services Committee Wednesday, justified the need to potentially change monetary policy because of signs that business investments are slowing and other economic uncertainties.

Disciplined investors may feel like they missed out on some of the companies that debut on the market this year.

More than half of 2019’s newly-public stocks are up about 9% from their IPO price, Cramer said Wednesday. Still, the host, who has spent months recommending caution on the IPO cycle, pointed out that much of the group is now trading below their opening trade prices.

The biggest winners include Beyond Meat, Zoom Video and Revolve Group. Yet, Cramer said there’s one thing traders should be alert of.

“You need to realize that sooner or later there will be a correction in the class of 2019, and when that happens,” Cramer said, “I want you to keep your composure, focus on your favorite names and be selective, so you can view the sell-off as a buying opportunity, not a calamity.”

Elastic signage at the New York Stock Exchange during their IPO, October 5, 2018.

Cramer is true to his word.

As the host reminds viewers to always do their homework on their stock picks, the host pulls out the books to study up on the equities that he knows little about when callers ask about the names.

Get his insight here

Cramer’s lightning round: Pick the best of breed over this spec stock

In Cramer’s lighting round, the “Mad Money” host gives viewers’ his opinion about their favorite stock picks of the day in rapid speed.

MPLX: “These pipeline compnies have been so painful, but they’re actually moving up … I am literally going to stick my neck out … and say it’s O.K. to own.”

Zynerba Pharmaceuticals: “Very interesting, but you know that I’m a GW Pharma guy … I just want to go with best of breed in that space. I understand that’s a descent spec, but I’m going with GW Pharma. “