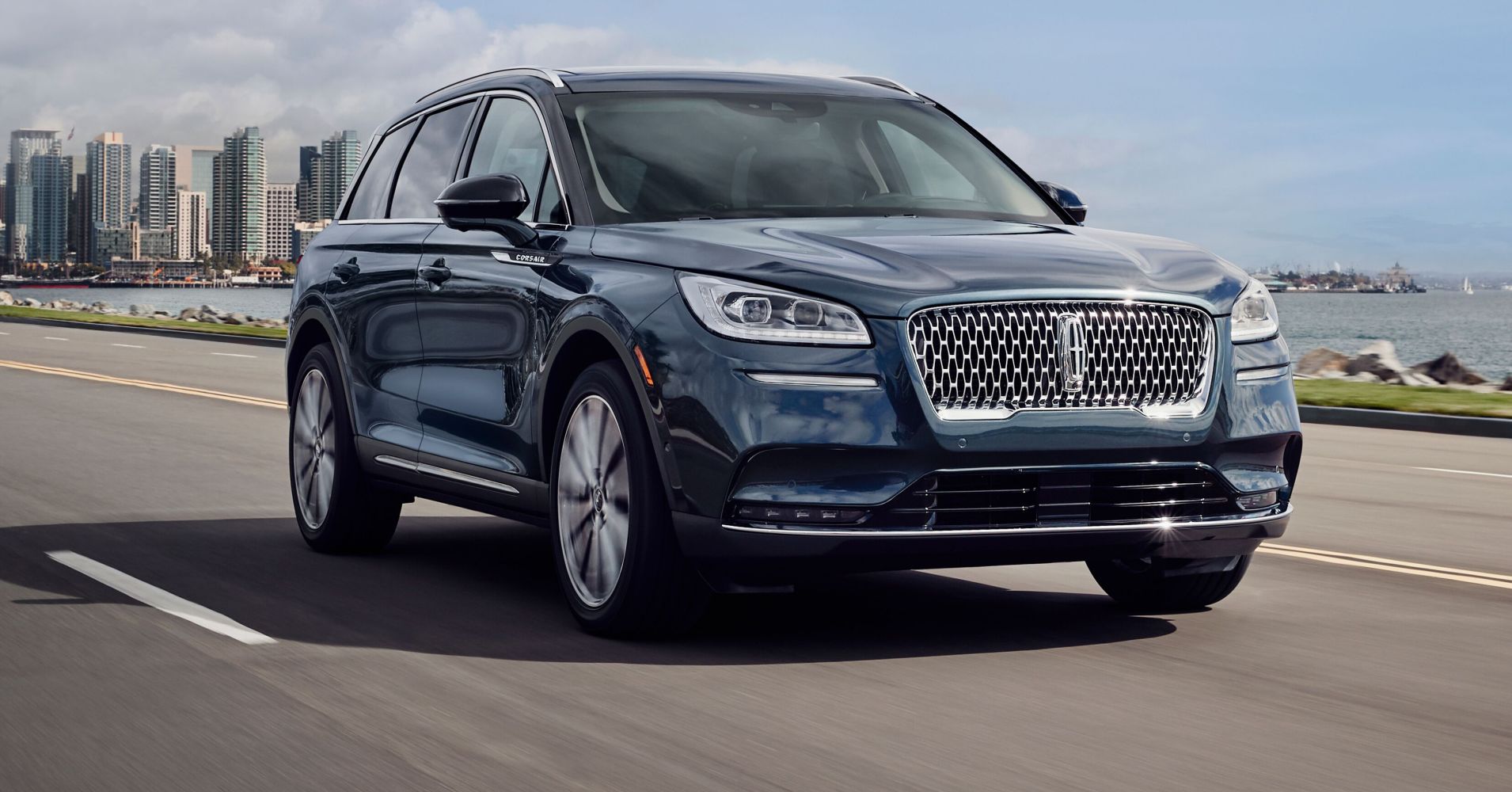 Lincoln is also playing up the vehicle’s smooth ride, made possible by a new suspension system and a part-time all-wheel drive system that adjusts to road and weather conditions. The Corsair comes with either a 2.0 liter turbocharged 4-cylinder that makes 250 horsepower and a 2.3 liter turbo four that makes 280 hp. Both engines come with an 8-speed automatic transmission.

Meanwhile, Lincoln is working on an all-electric version, but has to sort out the technical issues. The all-electric will likely be laid out in a skateboard platform, similar to those found on Tesla vehicles, where the batteries and key electrical components are located in or under the car’s floor.

Lincoln has not decided whether the plug-in version will be performance-focused, as is the case with the hybrid version of the larger Aviator.

Lincoln is also loading the car with high-tech features, such as a system that allows users to operate the car with their phones instead of keys, similar to the system found on cars such as the Tesla Model 3. There are also small details, such as a range of colors for the cabin’s ambient lighting system, and door chimes developed with the Detroit Symphony Orchestra, which the company began offering with the mid-size Aviator SUV.

The premium subsidiary of Ford Motor Co. has been rehabilitating its image and trying to reconnect with buyers in recent years. The company cut its name as the maker of stylish and quintessentially American sedans like the Continental in the 1960s. It did the same for high-end SUVs in the 1990s with the Navigator.

In more recent decades, however, Lincoln was considered an “also-ran” that ditched its roots and mistakenly tried to compete with other luxury makers, especially those from Germany and Japan. But Lincoln had a hit in the redesigned Navigator full-size SUV in 2018, and is rolling out several more similar vehicles in various sizes and price points.