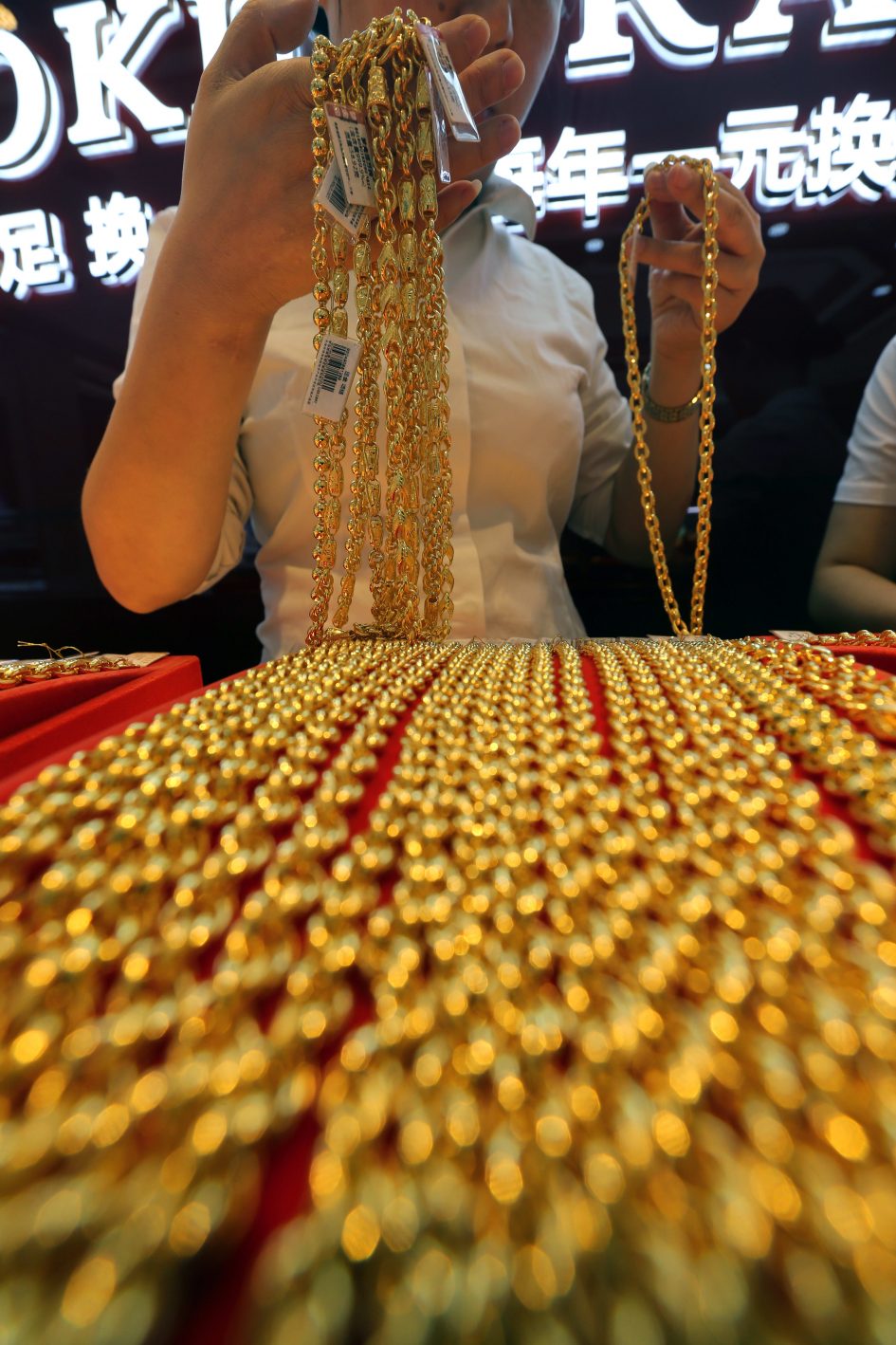 A staff member shows gold ornaments at a jewelry store on June 21, 2019 in Huzhou, Zhejiang Province of China.

“Physical gold is the way to go, in my view, because of the incredible increase in money supply,” said Mobius, the founding partner of Mobius Capital Partners.

“All the central banks are trying to get interest rates down, they are pumping money into the system. Then, you have all of the cryptocurrencies coming in, so nobody really knows how much currency is out there,” he told CNBC’s “Street Signs” on Friday.

Amid expectations of slowing global growth, central banks around the world have been lowering interest rates, as they seek to boost money supply in the economy, stoke demand and provide an impetus to growth.

Mobius recommends that investors hold 10% of their portfolios in physical gold, with the rest invested in dividend yielding equities. That’s especially if the dollar gets weaker.

In his view, “the U.S. government, the Trump White House, does not want a strong dollar.”

“They are certainly going to try to weaken the dollar against other currencies and of course, it’s a race to the bottom. Because, as soon as they do that, other currencies will also weaken,” said Mobius.

“People are going to finally realize that you got to have gold, because all the currencies will be losing value,” he added.

Gold can retain its value much better than other forms of currency, and is traditionally a safe haven during market volatility.

A weaker dollar tends to boost the price of gold as global trade in the yellow metal is denominated in U.S. dollars.

“At the end of the day, gold is a means of exchange. It’s a stable currency in some way,” said Mobius.

Data from the World Gold Council this year point to rising central bank demand for the yellow metal amid global macroeconomic uncertainty.

“Deep down inside, the central bankers do believe in gold, but they don’t want to say it because … they won’t be able to create new currency,” said Mobius.

The 2019 Central Bank Gold Reserve survey, conducted by the World Gold Council and released in July, also found there was central bank demand for gold in the short to medium term.

Of those polled, 11% of emerging market and developing economy central banks said they intended to increase their gold reserves over the next 12 months.

That was similar to data from 2018 when 12% of such central banks bought gold, giving rise to 652 metric tons of central bank gold demand — the highest level on record under the current international monetary system, noted the World Gold Council.

“The planned purchases are being driven by higher economic risks in reserve currencies. In the medium term, central banks see changes in the international monetary system, with a greater role for the Chinese renminbi and gold,” said the World Gold Council in their report. The renminbi is another name for the Chinese yuan.

About 40% of emerging market and developing economy central banks cited “anticipated changes in the international monetary system being relevant to their decision to hold gold,” the World Gold Council said.

Spot gold was trading around $1,509.51 an ounce on Monday morning in Asia after hitting a six-year high of $1,554.56 in late August amid heightened U.S.-China trade tensions.

China’s central bank has been adding to its gold reserve for eight straight months since December, scooping up another 10 metric tons of the yellow metal in July, according to data from the People’s Bank of China.

“China is the biggest producer of gold to begin with. And then of course, they’ve been buying gold, so nobody really knows how much they have in the vaults,” said Mobius. “I’m sure it’s been increasing at a pretty good pace.”

— CNBC’s Elliot Smith and Reuters contributed to this report.