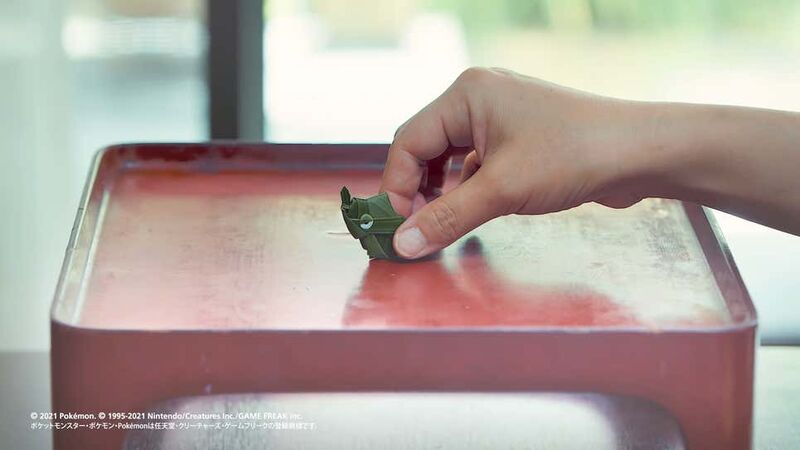 Popular toy brand Pokémon launched an obscure new project centered around Pokémon handicrafts. The new creations were teased in an announcement that came in a short YouTube video on the brand’s page. In the video, the Pokémon handicrafts are meticulously constructed from natural materials, including rice straw, palm-like fronds, and molten metal. The finished product is a single, small Metapod that is made from folded fronds.The Pokémon handicrafts, labeled Pokémon x Nature x Adventure, herald a new collaboration that joins the popular franchise and the natural environment. While further details about the project have not been revealed yet, these Pokémon handicrafts may be added to Pokémon’s lineup as a natural alternative to the brand’s more traditional plasticized toys.Image Credit: Kotaku / Pokémon