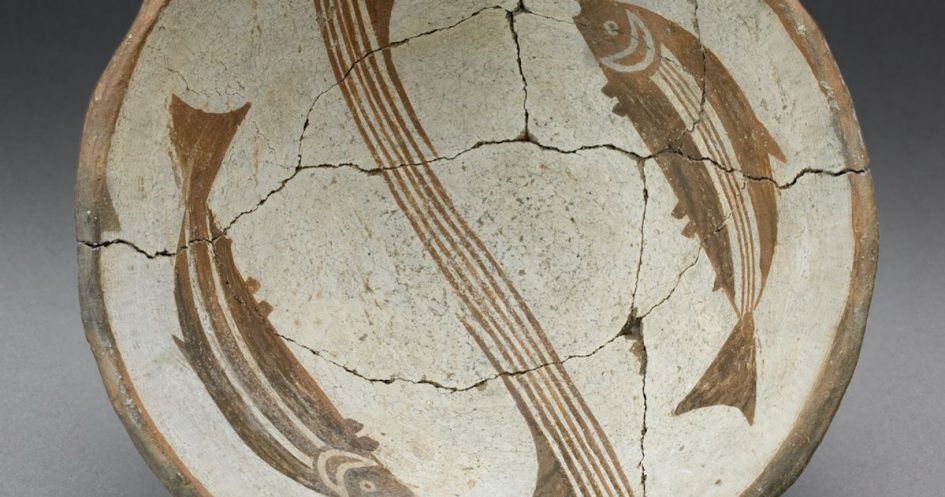 The Weisman Art Museum in Minneapolis, Minnesota, has come under renewed scrutiny for its collection of funerary objects originating from ancient civilisations of the Mimbres region of the American Southwest and parts of northern Mexico after a group of student anthropologists criticised the institution for not returning them. Indigenous communities have attempted to recover the objects for nearly three decades.Mimbres pottery bowls—characterised by their distinctive black and brown painted designs and often including a round hole in the centre—were used in burials in the 11th century among a variety of Pueblo tribes, including the current-day Hopi Tribe, Pueblo of Zuni and the Pueblo of Acoma. Graduate students at the University of Minnesota released an open letter last month that demands that the Mimbres funerary objects “be promptly reunited with the ancestors they were buried with so that they can be repatriated to the Indigenous nations of cultural affiliation”.The Minnesota Indian Affairs Council (MIAC) claims that the museum’s repatriation of Mimbres funerary objects has been “egregiously delayed due to its refusal to return the objects”, according to a statement released in September, and that the museum has failed to comply with Native American Graves and Protection Act (NAGPRA) mandates by not cataloguing the objects into the proper national database. In compliance with NAGPRA—a 1990 statute which states that federally-funded institutions must inventory their Indigenous objects to facilitate their repatriation—the human remains in the Wesiman’s collection were transferred to the MIAC in 1992, but the museum still holds a significant number burial bowls and other funerary objects. Several pieces of burial pottery remained on public view until last year. Melissa Cerda, the senior cultural resources specialist of MIAC, says that the delay in the museum’s repatriation efforts perhaps also relates to the fact that no one can claim lineal descent to the Mimbres because of the myth that the Mimbres culture “disappeared” by some anthropologists and archaeologists. “Which is not true, of course,” she adds, “but has made it difficult for Pueblo communities to make claims.”The Weisman’s vast collection of Mimbres objects has a complicated history with the institution. The works were excavated in southern New Mexico between 1928 and 1931 by Albert Jenks, the founder of the anthropology department of the University of Minnesota. After their excavation, the objects were held at the university before being transferred to the Weisman Art Museum in 1992.

Mimbres cultures were among the first pottery-making populations in the region, which spans modern-day New Mexico and parts of Arizona and Mexico, beginning around A.D. 200.
Courtesy of the Weisman Art Museum

Jenks was a polarising figure whose anthropological approach mirrored the race-based nationalism that dominated ethnographic studies at the time. He was once hired by the US government to find the ratios of Indigenous blood in a population in Minnesota to solve a land dispute and used pseudo-scientific skull-measuring indexes to determine the “whiteness” of his specimens. According to estimates in field and accession records, Jenks and graduate and undergraduate students of the university unearthed over 1,000 human burials, returning to Minnesota with the human remains of about 190 people and almost 3,000 painted bowls, ceramics, animal bone tools, jewellery and other objects that were buried with them. In his scholarship, Jenks wrote that the burial bowls were a “remarkable sight”; that “many of the skeletons have a bowl of pottery placed over the head”; and that the objects were “placed over their dead, buried under the floors of their dwellings”. “Given that past students participated in the Mimbres excavations, we, as the current cohorts of graduate students, feel a particular responsibility to voice our support of this repatriation in order to address historical extractive and unethical practices of our department,” write the university students in their letter.The letter also notes that the killing of George Floyd and other Black citizens has sparked an “intense dialogue regarding violence, racism, justice and accountability in Minneapolis, [and] it is especially pertinent and pressing to critically reflect on the legacies and ongoing harms caused by our founder and department”, who engaged in the “same looting” denounced by the US government in the wake of the Black Lives Matter protests. Karen Hanson, the museum’s interim director, however, tells The Art Newspaper that cataloguing and repatriation efforts are in order, and that the museum is “committed to full compliance with NAGPRA and is equally committed to working respectfully to repair the university’s relations with tribal nations”. The cataloguing process is slated to be complete by March 2021 if the museum can “remain open for uninterrupted on-site operations, given the coronavirus pandemic”, she says. The museum also plans dedicate “special attention to researching and documenting the connection between Mimbres human remains and their associated funerary objects”. A committee of scholars, including several Indigenous scholars, have been tasked with conducting the tribal consultations needed to trace cultural affiliations between the Mimbres people and present-day tribes. Members of the committee have “disciplinary expertise in anthropology, law, American Indian studies, history, heritage studies and other fields”, Hanson says. According to a graduate student of the anthropology department, there has been no direct communication between the museum and the university since the letter was published. Renowned for their historic and aesthetic value, Mimbres objects have faced extensive commercial looting and pieces from its peak period often resurface at ethnographic arts auctions for several thousand dollars. According to Michael Evans, the director of American Indian and Ethnographic Arts of Skinner Auctioneers, prices vary widely and typically fluctuate between $6,000 and $10,000. However, some astronomical examples also exist. Sotheby’s Paris achieved the record price for a piece of Mimbres pottery in 2013 for an exceptional piece that sold for €25,000. Several similar examples are also held in major museum collections like that of the Metropolitan Museum of Art. Mimbres culture flourished beginning around AD 200, and archeologists refer to the period between AD 1000 and 1130 as the “classic” Mimbres period, which is aesthetically characterised by visually complex figurative and narrative imagery. Mimbres communities—who inhabited present-day New Mexico, Arizona and northern Mexico—are known to have been some of the earliest pottery-making populations in North America.