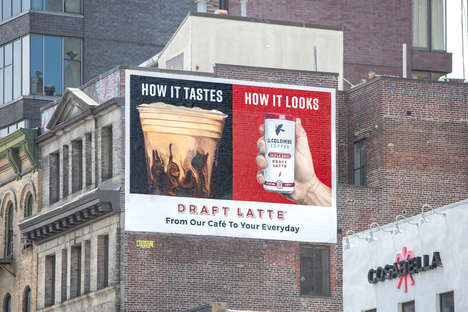 La Colombe, the creator of the world’s first textured cold latte, is now launching its first-ever coffee campaign. The summer campaign from La Colombe, one of the largest independently-owned coffee companies, puts an emphasis on sharing mouthwatering images of coffee, as well as its conveniently canned packaging.

As La Colombe operates 30 cafes across the country, its digital and out-of-home advertisements will be appearing in various locations, including its hometown of Philadelphia. In a prime location in New York City, the coffee roaster will be sharing a hand-painted coffee billboard showing cold brew coffee, which represents the most-ordered beverage in La Colombe’s New York cafes.

The coffee campaign is centered on sharing the ingredients and qualities of its innovative and creamy Draft Latte in a mouthwatering way.