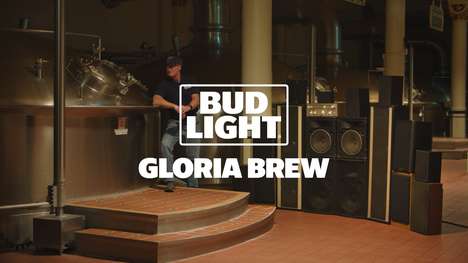 To celebrate the St. Louis Blues and its first-ever championship, Bud Light will be creating the ‘Gloria Brew,’ a special batch of beer that’s set to be brewed to the continuous sounds of Gloria by Laura Branigan. As ever, the beer brand’s light American pale lager is prepared with hops, barley, water and rice but is additionally infused with the “sound of Blues Victory.”

To make sure that the sound can be absorbed by the beer, Bud Light opted to play Gloria on repeat, 24/7 during the brewing process and use large-scale headphones on the brewing tank. For even more spirit, the tank will be wrapped in Blues colors and signed by every member of the 2018-2019 championship team. Later this year, fans will be able to purchase the Gloria Brew in special championship packs.