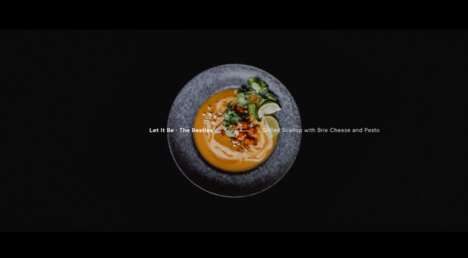 Tramontina, a brand of cooking utensils from Brazil, teamed up with Spotify and J. Walter Thompson Brazil to create a first-of-its-kind synesthetic algorithm that can translate music to flavor. ‘The Flavor of Songs’ was created after a six-month study involving neuroscientist Dr. Marcelo Costa, conductor João Rocha and Renato Carioni, chef and coach of team Brazil in the Bocuse D’or.

The project was created to use pop culture to inspire people to cook more and used the perceptual phenomenon of synesthesia to classify millions of songs on Spotify. According to Rocha, “If you consider a samba school with its various instruments, that really dense part in terms of sound, you can relate that to dense food.”

In the case of Beethoven’s classical Symphony No. 5 in C Minor, artificial intelligence transformed this song into Foie Gras Terrine with Salmon caviar and Cold Barley.