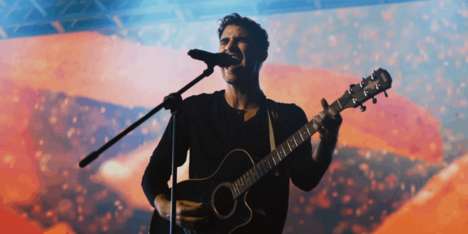 The hilarious ad is centered around the fast food chain’s limited-edition Nacho Fries, which will be arriving back at Taco Bell for the fourth time since its conception. In the clever ad, Criss plays a newly discovered pop star, and chronicles his rise and fall from fame, as he creates music that’s inspired by Taco Bell’s new offering. The limited-edition nature of the product is emphasized throughout the trailer, as Criss realizes his career relies on the indulgent menu item, emotionally exclaiming “without warm nacho cheese sauce, I’m nothing.”