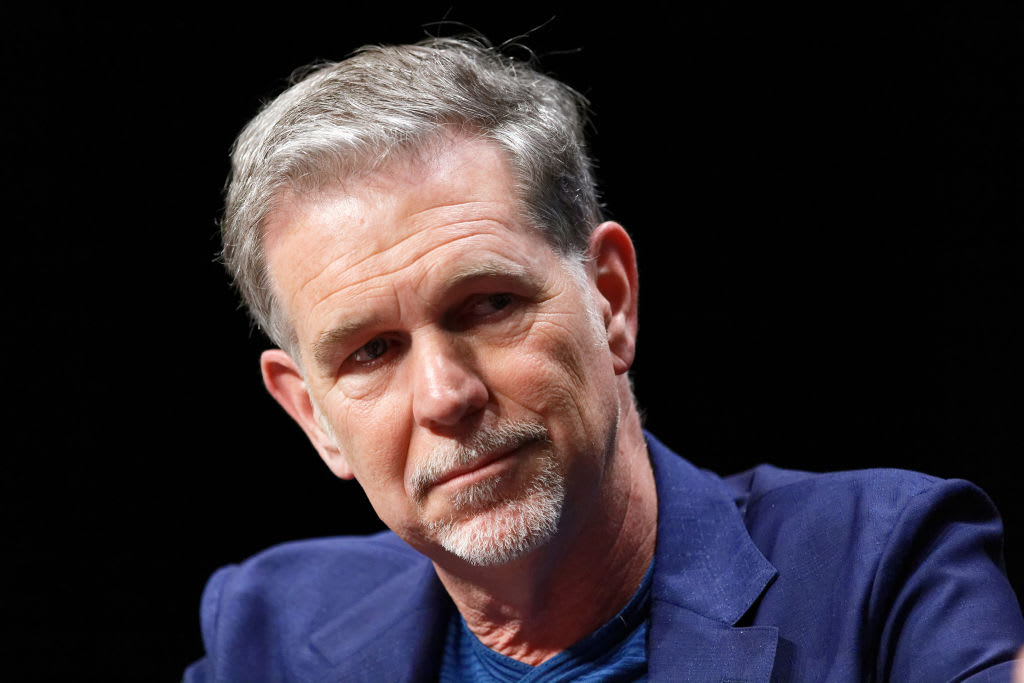 Netflix Co-founder, Chairman & CEO Reed Hastings attends a Q&A during a Transatlantic Forum in Lille, France.Sylvain Lefevre | Getty ImagesNetflix shares fell more than 3% on Tuesday after Apple announces that its subscription TV service will launch in November and will be free for a year for customers who buy a Mac, iPhone or Apple TV.Apple’s streaming product, Apple TV+, was expected, but consumers didn’t know how much they would be paying. CEO Tim Cook said the ad-free service will cost $4.99 a month for the whole family. Providing original content via subscription is the company’s latest effort to bolster its services business as iPhone sales slow.Netflix raised the price of subscriptions in January. It now starts at $8.99 a month. The most popular offering costs $12.99, and its premium plan is $13.99. The announcement from Apple comes two months after Netflix’s earnings report showed a rare loss in U.S. subscribers and a big miss on new international subscriptions. The stock is now down 18% over the past year.Shares of other companies in the video streaming market also dropped on Tuesday. Roku, which makes a streaming device and supports its own channel as well as services from Netflix, Amazon and many others, plunged more than 9%. Disney, whose Disney+ service will cost $6.99 a month, dropped more than 2%.Follow @CNBCtech on Twitter for the latest tech industry news.