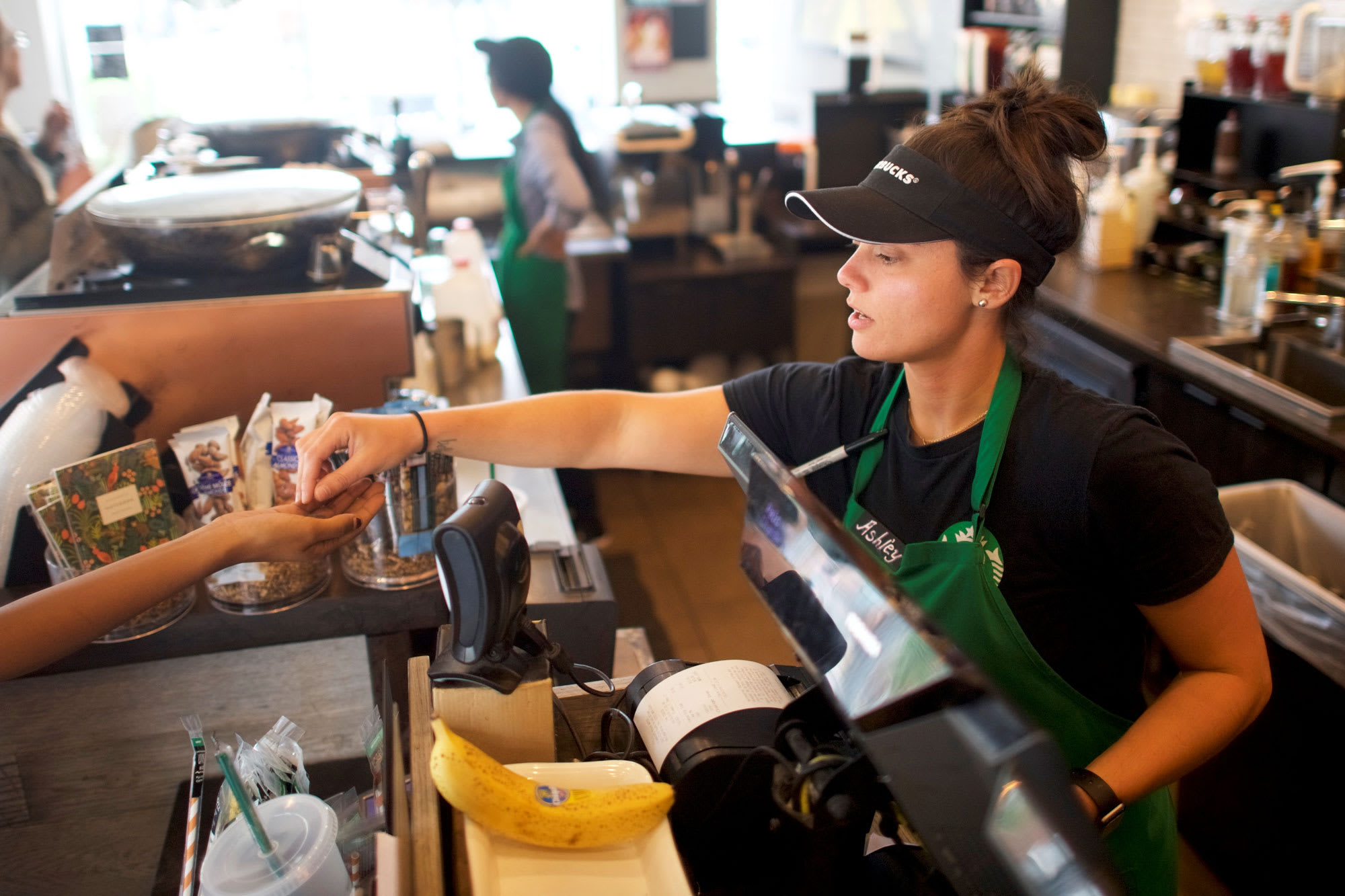 A Starbucks barista fulfills an order in a South Philadelphia store.Mark Makela | ReutersAfter questioning from the Securities and Exchange Commission about its accounting practices, Starbucks will provide more disclosures about how it recognizes revenue.The Wall Street Journal first reported the back-and-forth between the regulator and Starbucks on Monday evening. Shares of the coffee chain fell 4% on Tuesday.At the end of 2018, new accounting guidelines came into effect that impacted many public companies. The Journal reported that at least 208 companies received letters from the SEC about their revenue-recognition practices in 2018, according to analysis by Audit Analytics.In May and August, as part of a routine review, the SEC asked Starbucks to clarify several items related to how it recognizes revenue.One item included Starbucks’ licensing agreement with Nestle, under which it paid roughly $7 billion for the rights to sell Starbucks products in grocery stores. Another item was Starbucks’ breakage, which is revenue that comes from prepaid services or unused gift cards. In Starbucks’ case, that means the roughly $1.2 billion in value from gift cards and earned points from Starbucks’ loyalty program.In response to the SEC, the Seattle-based company said that it would add to its disclosures to clarify the impact of the new standard on certain items, starting with its annual filing for fiscal 2019.The SEC sent a final letter to Starbucks on Aug. 8 noting that the review of the filing has been completed.The SEC declined to comment to CNBC. Starbucks did not immediately respond to a request for comment.Last week, Starbucks Chief Financial Officer Pat Grismer warned that next year’s fiscal earnings growth will be slower than had been anticipated because 2019 earnings benefited from a one-time tax benefit.

Netflix shares drop after Apple says its TV service will be cheaper
L Brands promises an ‘evolution’ is ahead for Victoria’s Secret brand
To Top
error: Content is protected !!
Top