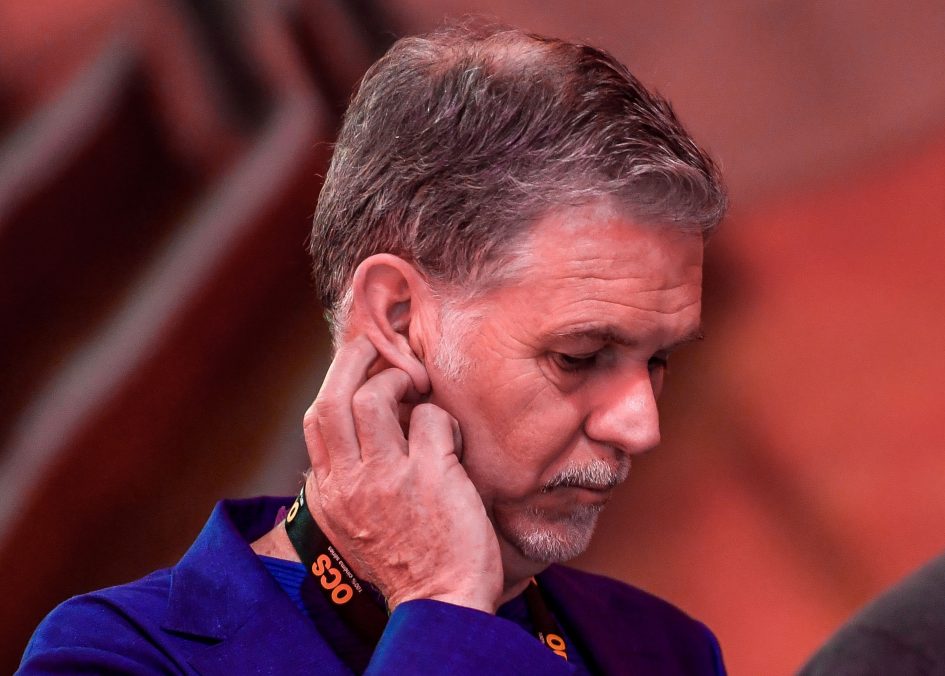 The share price tumbled more than 10% during the session and the reaction from portfolio managers influenced moves in the rest of the market as the averages digested earnings, he said. The Dow Jones Industrial Average added a little more than 3 points, snapping a two-day losing streak. The S&P 500 gained 0.36% and the Nasdaq Composite rose 0.27%.

“We’ve seen Netflix stumble before, especially maybe after a price hike, but not quite like this. In one fell swoop, Netflix went from easy money to hard money,” the “Mad Money” host said. “In a single quarter, Wall Street went from sanguine to skeptical.”

Netflix shares surged in January after the video platform announced that it would raise prices between 13% and 18%. A basic plan was increased to $9 from $8 and its most expensive plan increased to $16 from $14.

The domestic subscription based shrunk by 126,000 in the second quarter, which Netflix attributed to multiple factors including regional price increases and a “pull-forward effect” from the first quarter.

“I’ll blame myself. I got it wrong,” Cramer said. “We thought Netflix was the kind of company that could raise prices with impunity. If that’s not the case, we need to take it out of the bin of consistency and put it in the bin of the episodic and perhaps even, heaven forbid, dispensable.”

Netflix also faces more competition from companies such as Disney and Comcast-subsidiary NBCUniversal, who have plans to launch their own streaming services and pull their respective popular TV shows “The Office” and “Friends” from the platform. Last month, Cramer ranked Netflix second to Disney on his list of the top seven streaming services to invest in.

For the amount of content that consumers can get on Netflix, the host said he thought a price increase would not have a negative impact on the subscriber base.

“This makes it a much less compelling story,” he said. “I have a very simple rule of thumb, here in Cramerica: Always go for the easy money not the hard money, no matter how much you might be tempted.”

Cramer said that Netflix can no longer be compared to the likes of Costco, Amazon Prime, Spotify or Apple, who all offer services people are willing to pay for “without thinking about it.” He’s not alone: Gene Munster, founding partner of Loup Ventures, said he thinks the company’s best days are behind it.

“If it’s not part of that club, you have to guess how much people are willing to shell out what they’re paying. And if you have to guess, it’s no longer easy money, it’s hard,” the host said.

“I’m not saying it’s a bad story, maybe it’s already making a comeback,” Cramer said. But, then again, maybe it’s not — and that’s why it’s hard money. And I’d much rather chase easy money every day of the week than hard money ever.”