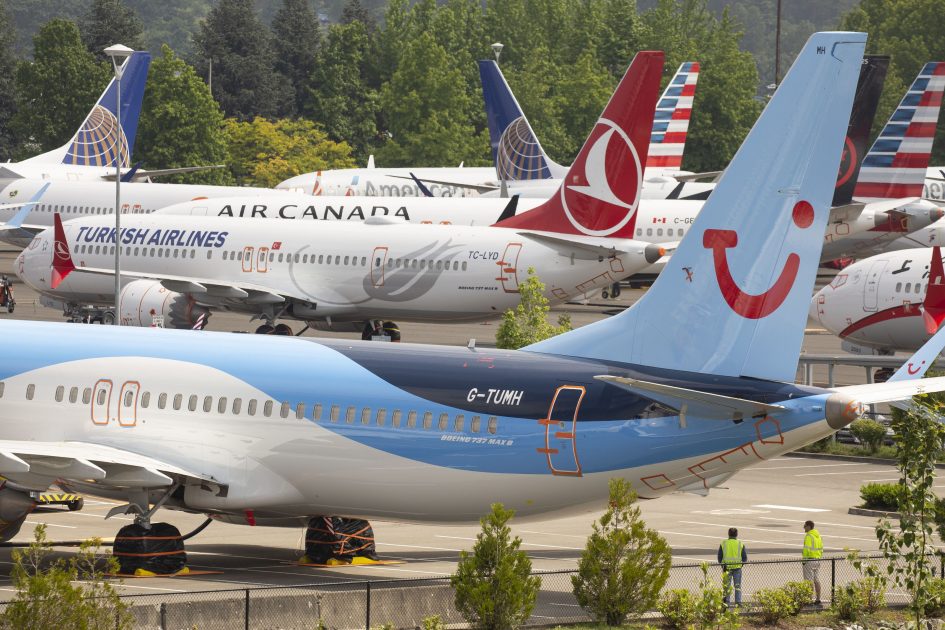 Workers stand near Boeing 737 MAX airplanes as they sit parked at a Boeing facility adjacent to King County International Airport, known as Boeing Field, on May 31, 2019 in Seattle, Washington.

Boeing on Thursday said it will take a $4.9 billion charge to the second quarter due to the worldwide grounding of its 737 Max planes after two fatal crashes.

The charge, which comes to $8.74 a share, is set to wipe out any profit. Analysts expected the company to book a per-share profit of $1.80 for the second quarter, according to average estimates compiled by Refinitiv.

The 737 Max jets have been grounded since mid-March and regulators have not said when they expect to allow the planes to fly again.

Boeing is set to report full second-quarter results on Wednesday. Boeing’s stock was down 1.5% in postmarket trading.