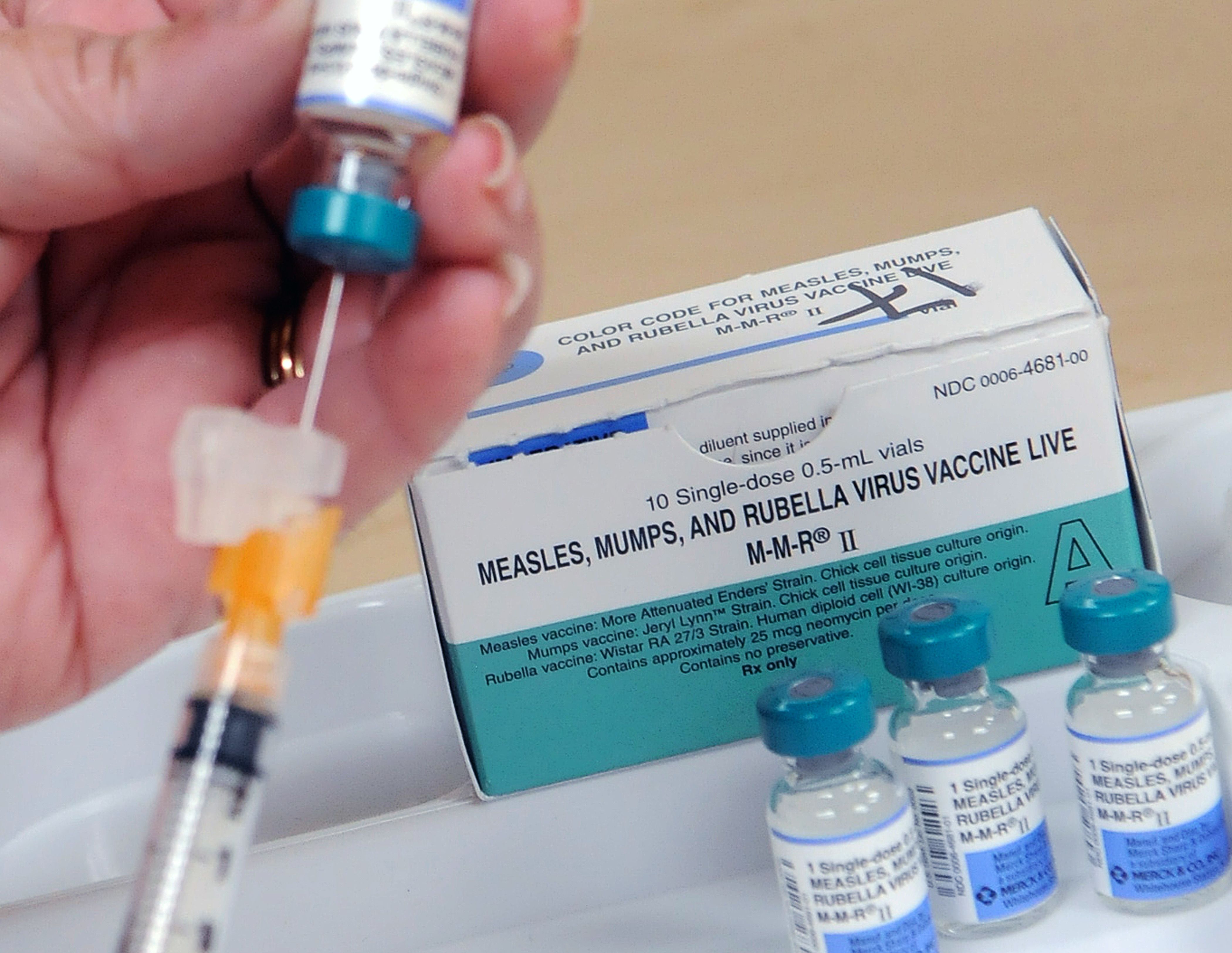 A nurse demonstrates how a measles vaccine is administered at the Orange County Health Department on May 6, 2019 in Orlando, Florida.

New York City cited 84 people for refusing to vaccinate themselves or their children as the city’s ongoing measles outbreak worsens, the city’s health department said Tuesday.

The NYC Health Department last month issued a state of emergency and ordered residents of Brooklyn’s Williamsburg neighborhood to get the measles, mumps and rubella (MMR) vaccine or face a $1,000 fine. The city hasn’t fined anyone yet, but it’s summoned 84 people to appear in court for failing to comply with the order. They face up to $2,000 in fines if they fail to show, the city said.

Since the outbreak started in October, city officials have confirmed 466 cases, the majority of which have occurred in Williamsburg. There have been 34 hospitalizations and nine admissions to the intensive care unit due to complications of the measles.

“This is the time to act,” Deputy Commissioner Dr. Demetre Daskalakis said in a statement. “Measles is a highly contagious disease.”

The ongoing outbreak in New York City is driving up the total measles cases nationwide. The Centers for Disease Control and Prevention on Monday said the 2019 total is now at 764 — the highest in 25 years. It’s also a record number of cases since the disease was declared eliminated in the U.S. in 2000.

Of the new 60 cases across the U.S. confirmed last week, 52 were reported in New York, where two large outbreaks are occurring.

Measles is highly contagious, yet preventable with the MMR vaccine. More parents are refusing to vaccinate their children, sometimes based on false information that vaccines cause autism. The disease spreads quickly and easily among people who aren’t immunized, leaving communities with high rates of people who aren’t protected vulnerable.

Endgame’ made so much money at box office so quickly
Lyft earnings Q1 2019
To Top
error: Content is protected !!
Top