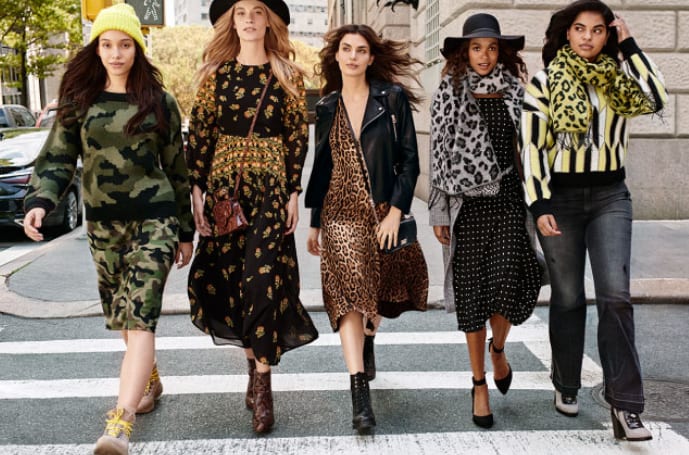 Walmart said Monday it’s relaunching the once-beloved trendy New York fashion brand, Scoop NYC, on its website and in select stores.Scoop shuttered all 16 of its stores in New York City three years ago, having gained famed with its chunky black-and-white logo appearing across episodes of “Sex and the City” and on the arms of fashion influencers in the SoHo neighborhood of Manhattan. The liquidation marked the end of Scoop’s 20 years in business, as it became a victim of rising rents in the city.Now, in a bid to build itself as a bigger fashion destination, Walmart has attained the rights to the Scoop name and is relaunching the brand — but at more affordable price points.The company said it will sell more than 100 pieces, in inclusive sizes, ranging in price from $15 for a Scoop graphic tee to $65 for a coat, and using materials like faux fur and vegan leather. In addition to clothes, there will be footwear and handbags. Everything will be available online starting Monday and in select Walmart stores early next year, according to the company.Walmart said Scoop founder Stefani Greenfield has also been playing a role in the design process.”We’ve been focused on establishing Walmart as a destination for fashion – a place where our customers can discover stylish items that are accessible,” Denise Incandela, the head of Walmart’s fashion business, said in a statement. “Adding Scoop to our portfolio makes it that much easier for our customers to look and feel their best.”Scoop adds to Walmart’s growing portfolio of fashion labels and partnerships, some better known than others.Walmart recently launched apparel brands with celebrities Sofia Vergara and Ellen DeGeneres. It also partnered with Lord & Taylor — which is set to be sold to clothing rental company Le Tote — to sell high-end dresses on Walmart.com. Walmart also acquired online-based apparel start-ups Modcloth and Bonobos in a bid to reach more younger shoppers. (Those efforts reportedly haven’t lived up to expectations.)Last year, Walmart rolled out three new apparel brands: Time and Tru for women, Terra & Sky for plus sizes and Wonder Nation for kids. An existing Walmart label known as George got a refresh.Analysts say, however, that Walmart isn’t as readily thought of as a go-to fashion destination as its big-box rival Target. Target has established itself as a “cheap chic” clothing retailer and just this weekend, for example, launched a collection of clothes celebrating 20 years of collaborating with iconic designers, like Jason Wu and Zac Posen.