The market may face some rough waters later this week, but the S&P 500 could be poised to surge more than 11% from current levels, CNBC’s Jim Cramer said Tuesday.

The S&P finished the session above 2,973, another all-time high close.

“The charts, as interpreted by Carolyn Boroden, suggest that both Apple and the broader S&P 500 have more room to run, but the next few sessions might get a little dicey, ” the “Mad Money” host said. “When the averages started pulling back in early May, Boroden told us she expected more pain, even though she was still long-term bullish. She nailed it. “

The broad index of 500 large-cap stocks, according to analysis from the chartist Boroden, could soon climb to 3,015 and gain momentum to reach 3,308. That’s if the index breaks through a number of hurdles in between, he said.

The market, however, has rallied into a time cycle that may lead into a weak patch for stocks in coming days, according to Boroden, who is a colleague of Cramer’s at RealMoney.com who also runs FibonnacciQueen.com. The signal to sell would be a bearish crossover in the S&P’s five-day and 13-day moving averages, known as a 5/13 crossover, he added.

“While Boroden likes where we’re headed long-term … right now the chart’s telling her to anticipate a little, let’s say, possible pullback maybe later this week,” Cramer said. “She’d only be a buyer so long as her sell trigger doesn’t fire, meaning as long as the S&P’s five-day exponential moving average holds above the 13-day.”

Taking a look at Apple’s chart, Boroden expects the iPhone maker’s stock will have a lot more upside if it can push through a $205 target, Cramer said. In that case, the equity could surge to $227 and even as high as $243, he said. Shares of Apple closed higher Tuesday at $203.73. 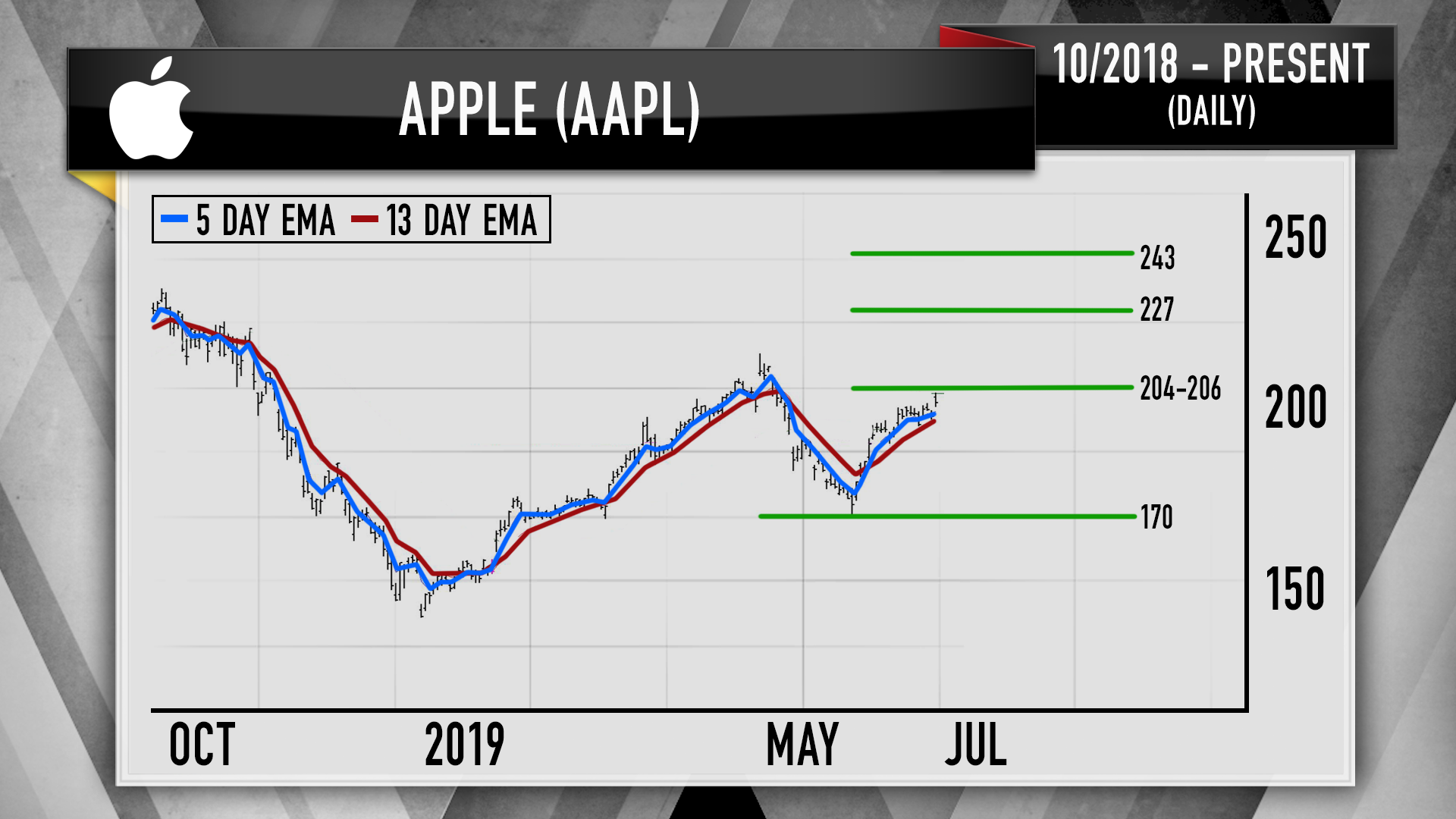 “Once again, though, if the five-day exponential moving average crosses below the 13-day, all bets are off,” Cramer said.