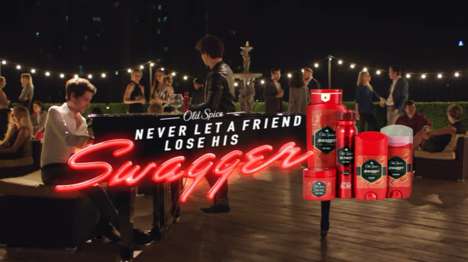 Old Spice, the men’s fragrance line renowned for its 2010 ‘The Man Your Man Could Smell Like’ campaign, recently launched three viral action-themed campaigns. The tagline of the ads is ‘Never Let A Friend lose His Swagger’ and features three men in unfilling situations, being rescued by a pal.

The first ad, titled ‘Next Episode,’ shows a man addicted to watching television being “rescued” through a glass window. The second commercial, ‘Working Late’ features a man working well into Friday night. He is saved by being propelled into a bar scene where he immediately switches from typing on the keyboard to playing the piano. The last video, aptly titled ‘New Dad,’ features a new father who is unmotivated to go out being freed through a hole in the ceiling into a fun Saturday night.

These funny, action-themed campaigns are ideal for the Millennial generation that Old Spice aims to appeal to.